Understanding suicide and how you can prevent it 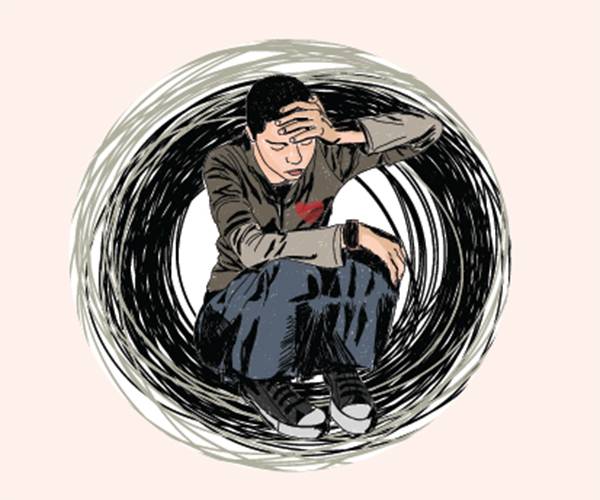 According to the World Health Statistics, suicides account for 8.5 per cent deaths among young adults (15–29 years). The reality in India is equally grim: A 2012 Lancet report says the suicide rate here is among the highest globally. Psychiatrist Dr Anjali Chhabria in her book Death Is Not The Answer reveals the best ways to help people with suicidal tendencies. The following extract is from a question-and-answer session she had with students who had lost a classmate to suicide.

Is it true that people who talk about suicide do not actually attempt it?

Almost everyone who commits or attempts suicide has given some clue or warning before. We should not ignore suicidal threats. One may make statements related to death casually or jokingly, which may indicate serious suicidal feelings. Such statements may include, "You will not see me again", "I will do something to myself", or even "I think I'll end this suffering soon".

Does it help to try and stop someone who has made up their mind about suicide?

Even the most determined person who wants to end his life is ambivalent about the decision, oscillating between suicidal thoughts and resisting it. Most of those who attempt suicide, do not actually want to die—they simply want to escape their present circumstances. The impulse to end it all, however overpowering, does not last forever. Hence, it is important to engage in a conversation with someone who is actively suicidal until you can talk him out of it and convince him to see a mental health professional.

Don't you think that those who take their lives are selfish, weak and cowardly?

… People who commit suicide may be normal people who are going through a temporary situation or a psychiatric disorder that can be treated through necessary interventions. With better and quicker recognition of depression, anxiety, bipolar disorder, schizophrenia and/or alcohol and substance abuse and timely treatment, many suicides can be prevented.

Is it true that people making suicidal threats will not really do it? Are they just looking for attention?

Suicide is often a cry for help … If someone is expressing suicidal thoughts, it means that they are unable to cope with the stress. They may not be asking for attention, but we do need to give them attention, provide them timely support and help so that they can deal with their crisis and continue to live a normal life.

Is it possible to prevent suicides by putting barriers on bridges and keeping firearms away?

Many suicides can be impulsive and triggered by an immediate crisis … it is more important to build a rapport and convince the person to change his mind.

For a person to be driven to this extent, the situation must be so extreme that death was the only option.

When faced with adversities, some people tend to perceive incidents as much worse than they actually are. Thus, while warranted difficult circumstances may seem like the end of the world to suicidal individuals, most people in similar situations do survive them without getting suicidal.

Would it help to tell the suicidal person to cheer up?

Asking them to "cheer up" or "take it easy" might make them feel ashamed of their feelings, or that they are not being taken seriously. It often has the opposite effect, making them feel misunderstood. Rather than giving advice, it is paramount to really listen to the individual, helping them realize that their issues are not trivial—that they matter.

Does this mean that once they seek help and their emotional state shows improvement, the risk of suicide has passed?

… The highest rate of suicide is within a three-month period after what seems like an improvement from a severely disturbed state. Just because they are seeing a counsellor does not mean your role ends.

Dr Anjali Chhabria is a Mumbai-based psychiatrist who aims to destigmatize suicide and encourage conversations about mental health.

Excerpted from Death Is Not The Answer by Dr Anjali Chhabria, published by Penguin Random House India, 2016.