“Being the last line of defence between life and death is challenging work, but I believe I’m made for it. A more easy-going job would leave me bored." says 32-year-old Dr Zahid Abdul Majeed 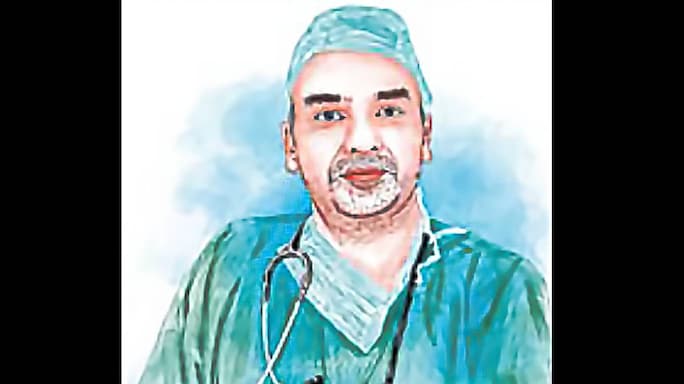 He is going to die, Dr Zahid Abdul Majeed thought as he looked down at the critically ill COVID-19 patient lying on the gurney, struggling to breathe through a dislodged ventilator tube, which had separated in the ambulance during a routine patient transfer from the emergency ward to the designated All India Institute of Medical Sciences (AIIMS) treatment centre in Delhi.

In any other scenario, Majeed would reinsert the tube and restore the airway. But this time he had to consider a grim reality—the highly contagious novel coronavirus outbreak that had already led to millions of deaths worldwide. This meant that the reintubation procedure was fraught with danger—reconnecting the tube would bring him close to the infected patient’s mouth and airway, increasing the chances of transferring virus-laden aerosol droplets to unprotected people nearby. Yet, time was running out. “In medicine, there is a ‘golden hour’ for a doctor to administer life-saving treatment to a dying patient. After that, things are irreversible,” the 32-year-old tells Reader’s Digest later. “This was undoubtedly that time.”

As a senior resident in critical-care medicine at AIIMS, New Delhi, emergency situations are par for the course for Majeed. From poisoning cases and road accidents to terminally-ill, intensive-care situations, he has seen it all and thrives on the adrenaline rush of this high-risk, high-reward environment. As a child, Majeed lived a carefree life without any pressures or responsibilities in a small village in the Anantnag district of Kashmir. “I was the classic troublemaker, into everything except studies. My dream was to be a mithaiwala when I grew up! My parents, however, always believed that my life would find the right direction. I fell in love with science in class nine, and later pursued medicine because my mother wanted it,” he recounts.

Over the next few difficult years, Majeed almost gave up his chosen field, but two incidents helped him stay the course: Once when he resuscitated a 13-year-old boy, who was fished out of a river without a pulse; the other was when he solved a poisoning case on his first day as a junior doctor at an MCD hospital. “Being the last line of defence between life and death is challenging work, but I believe I’m made for it. A more easy-going job would leave me bored. I need to be on my toes, and the satisfaction of seeing a patient revived, pain-free and back to life, right before my eyes, is beyond words,” he gushes.

Majeed was faced with a similar challenge, that day in May. Crouched in the dimly lit, cramped ambulance, the N95 mask caused his goggles and face shield to fog up, badly compromising his vision. In a split-second decision, he removed the goggles and shield, and with only his mask on, leaned forward to reinsert the ventilator tube. “It was an emotional rather than cerebral decision; more instinct than intellect,” says the doctor. “The patient was in more danger of dying from lack of air than from infection. At my age and with no health problems, I could fight off the disease even if I was infected,” he explains. A true professional, who is also deeply religious, Majeed credits his medical mentors and spiritual upbringing for his selfless act. “Many factors played a part in a moment like this—the holy month of Ramzan, my moral values, the professional ethics taught by the AIIMS fraternity—who knows? I can’t say it was a sound course of action scientifically, but I couldn’t live with the fact that a man would die in front of me and I did nothing about it,” he says.

Thanks to Majeed, the patient got a second chance at life and is currently recovering in the ICU. Majeed himself is now back to work after his time in self-quarantine and has, so far, tested negative for COVID-19. He has mixed feelings about the recognition his bravery has garnered, however: “What I did is not an example for others to follow, nor should it lend legitimacy for medical staff to be forced to work without protection. This is a time for intelligence, rationality and science. But if it inspires and spreads a positive message, I’m more than happy.”

Do You Like This Story?
94
3
Other Stories
Please enter valid text
Must Reads
Latest Issue