Novelist M. Chandrakumar talks to RD days after helping a migrant worker deliver a child on the roadside in Coimbatore 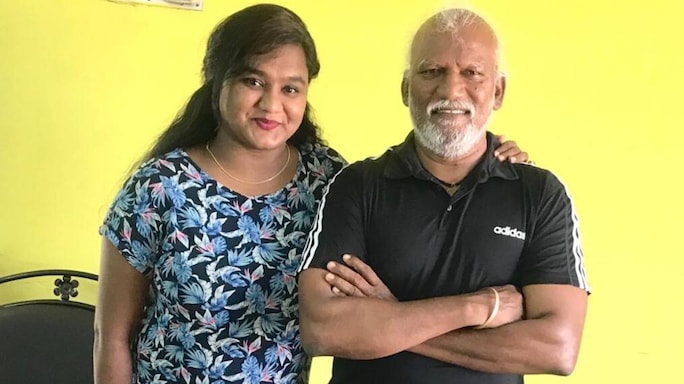 Last Thursday, Tamil writer M. Chandrakumar, widely known as ‘Auto Chandran’, was in his autorickshaw within Coimbatore city, off to deliver food to a few poor families, affected by the coronavirus lockdown. Suddenly, his day took a dramatic turn, as he found himself in the middle of am emergency, where a migrant woman from Odisha, went into labour on the roadside.

The incident took place at around 10.30 a.m. that day. Chandrakumar, 58 found Lakshmi*, in her early twenties, lying on the roadside on a bed sheet.

"There were quite a few people standing around her trying to figure out what to do. Meanwhile, her husband and her uncle had turned numb, in a state of shock," Chandrakumar tells Reader's Digest. When Chandran asked a few women, who had gathered there as curious onlookers, to help Lakshmi, nobody was ready to come forward. "Some of them were crying while others were praying, but they felt totally unequipped and helpless faced with the situation," he says.

Earlier, finding no vehicle nearby, Lakshmi’s family had decided to walk her to a hospital. After covering more than a kilometre from their home, Lakshmi went into labour suddenly.

Chandrakumar, who had once witnessed a child being delivered in his three-wheeler almost three decades ago, squatted before Lakshmi and asked her to spread out her legs, as the blood and secretions from her body soiled the bed sheet. Even as she was convulsed with pain, Lakshmi protested—uncomfortable as she was with Chandrakumar attending to her. "No woman, no matter the situation, would like a man near her at such a time. But, I tried to reassure her saying I was like her father and asked her to trust me," he says. In the meantime, someone had called for an ambulance to arrive, which was on its way, they were told.

Within a minute or two, Chandrakumar could see the head of the baby popping out and immediately asked someone to prop Lakshmi up from her lying position, so it was easy for her to push. Once the baby boy was delivered, Chandran held it upside down just like it’s done in a maternity room. He then tapped the baby lightly and it let out a cry—much to the relief of the crowd. A cheer went out, as relief started setting in. Auto Chandran asked around for a new knife or a fresh pair of scissors to sever the umbilical cord. As the crowd tried to fetch a pair of scissors, the ambulance, fortunately, arrived on the scene.

"Thankfully, because of COVID-19, there’s a doctor accompanying every ambulance. This one too had an emergency kit and the umbilical cord was cut on the spot. The newborn was then wiped clean and wrapped up in a towel," says Jeeva, Chandrakumar's daughter, who had rushed to the scene, as it was hardly a few hundred metres from her house.

"It felt surreal as I held the cleaned-up baby after the mother was transferred to the ambulance on a stretcher. The baby looked so beautiful," says Jeeva, 26. Chandrakumar, in turn, says that the whole episode may have happened over a period of eight to ten minutes. "But every second seemed a lifetime," he adds.

There was a collective sigh of relief as the family, together with the infant, climbed into the ambulance. After spending three nights in the hospital, the mother and her baby were discharged on Sunday.

Chandrakumar now admits that it was his previous experience that allowed him to handle the situation calmly. "In fact, I had written a short story back then titled 'Beauty' based on the birth of the child in my autorickshaw," he says. He may well have another one bubbling within him as we speak. But then heroes like him don’t often discuss their super powers. They just change the world, one good deed at a time.

Chandrakumar's book Lock Up was made into a hit Tamil film Visaaranai (Interrogation) in 2015. The novel was based on his incarceration in an Andhra Pradesh jail in the 1980s. The film won a national award and was also India's official entry for the Oscars.