Kindness: The Best Of What Humanity Has To Offer 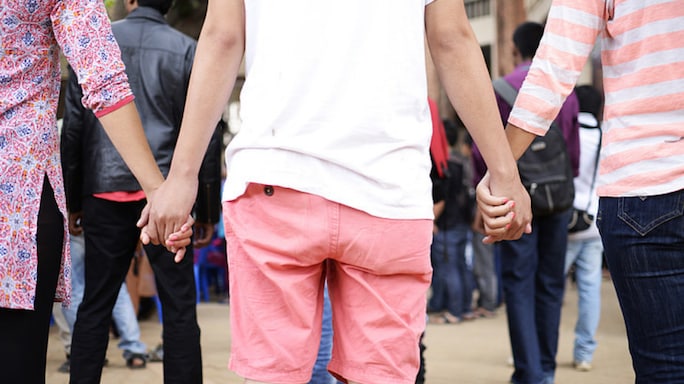 They’re following me! I thought to myself with a chill, as I watched the two young men on motorbikes slow down next to me as I drove, peering at me through their helmets. Ignore them. They’ll go away eventually, I decided, and turned my attention back to the road. As a 27-year-old woman living in a big city, such encounters were not new, but I was unusually distracted by a strange melancholy that day—morose thoughts about relationships and loneliness kept me preoccupied. I had only just realized that whenever I stopped at a signal, the two bikers would also pause alongside, staring intently.

This continued through three successive traffic signals, leaving no room for doubt. Petrified, I drove as fast as I could to stay ahead of them, but they kept steady pace—I couldn’t shake them off despite the busy evening traffic. I finally reached home and heaved a sigh of relief until I realized that they had chased me all the way to my doorstep. Even scarier, they were now off the bike and at the gates, trying to talk to me.

Feeling safer on familiar ground, my fury erupted and I strode over to tell them off. "Please don't get us wrong”, one of them said, his tone low andconcerned. “We saw you weeping inside your car and wanted to make sure you were okay. Do you need help of any kind?”

I realized in an instant what must have happened. The men had seen me breaking down in my car and followed me out of concern. Mortified at being caught in such a vulnerable moment, I thanked them curtly and asked them to leave.

I never saw them again—didn’t even ask for their names. My emotions got the better of me at the time, but even today, more than 10 years later, I am struck by their selfless concern for a stranger, and remember them with the gratitude and admiration they deserve. The morning my 12th-grade results were declared, I was euphoric—I had aced the exam. It was the first piece of good news my family had received in a long while. My father had a terrible accident two months earlier and was in the hospital ever since. My mother was there too, as his caretaker. I rushed over to give them the good news. Maybe my elated mood was contagious—a pretty, bright-eyed, middle-aged lady I had never met before smiled at me in the elevator, and I returned the friendly gesture gleefully.

My performance earned me a place at one of the city’s top colleges. Despite money constraints brought on by steep medical bills, my mother managed to scrounge together the necessary fees. On admission day, I carefully filled the form, counted the fee amount thrice, packed my bag and set off on my bike.

Once I reached the college my heart sank when I realized that my bag had somehow fallen off along the way. I searched frantically but to no avail. With no identification in it, there was little hope of ever getting the money back.

Distraught, I cursed my carelessness. I rode to the hospital to tell my parents, but once there, I couldn’t muster the courage to go in. I stood in the corridor, gazing listlessly when I felt someone touch my shoulder. It was the woman from the elevator.

“Is there anything I can help you with, dear?” she asked. The concern in her voice broke the dam. Tears streaming, I told her everything. She listened intently, then said, “Don’t worry. Come.”

She led me to a room in the physiotherapy department and reached for her bag lying on a chair, and handed me some money. “Take this and submit your fees,” she said. I hesitated, but she smiled, and placed the money in my hands. “Your education is important. I am spending the money for a good purpose,” she said. I stood there rooted to the spot, overwhelmed by the unexpected grace.

“Please give me your address, I will return it later,” I said, finally finding my voice.

“No need. Take care of your father and stay strong,” she said, patting my shoulder gently. She introduced me to her 15-year-old son, who was in a wheelchair and attending physiotherapy sessions at the hospital.

I returned to that wing many times since then, in hopes of meeting them again, but somehow, I never did. 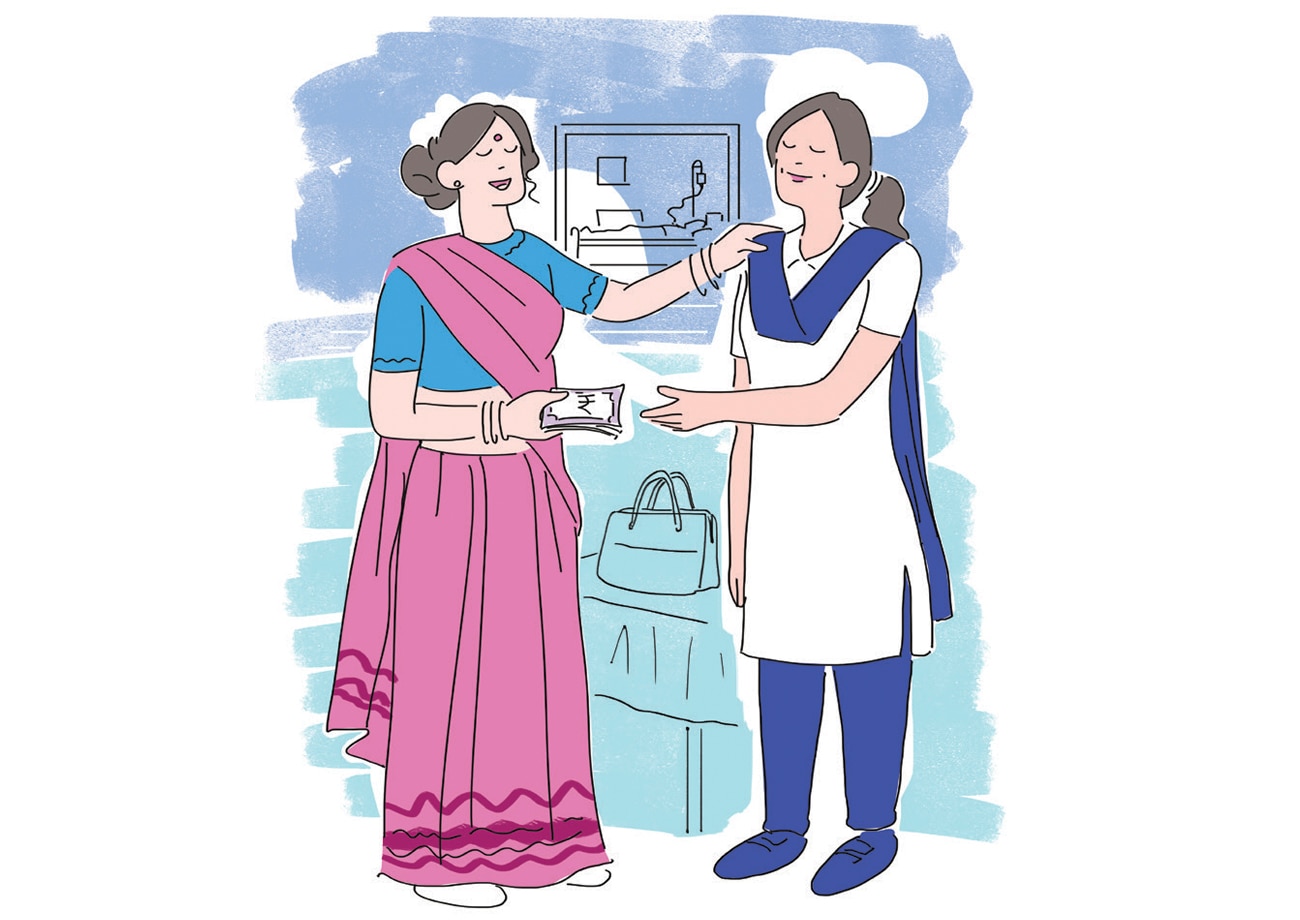 As desperate parents of a daughter born with cerebral palsy, we were quick to try any suggestion that we were led to believe could help her condition.

On this particular day, we had travelled to a village off the Meerut–Bijnor road for treatment and underestimated how long the trip would take. Between multiple delays and a quick meal, we had barely made any progress when the car began to wobble—we had a flat. I got the spare wheel out but realized that was punctured as well.

So, there we were—a family of three—stranded. Fortunately, there were a couple of eateries nearby where I sought help. I came across a middle-aged Muslim man clad in simple kurta–pyjamas and a skullcap passing by and explained my situation to him. He said he knew of a repair centre close by, and gently added, “Ask your family to wait at the shops here. The roads are not safe.”

My anxiety worsened, but we had no choice. He noticed that our 12-year-old daughter couldn’t walk, and called a woman from a dhaba to help. Sensing my trepidation at leaving them alone, he quickly volunteered, “I can go and get the puncture fixed.” I tried to pay him for the expense but he only said, “Baad main ho jayega, sahab,” (We’ll figure it out later). Waiting for what felt like hours, I wondered if he would ever return. What if it was all a ruse? The woman who helped earlier assured us, “Don’t worry. They’ll be back soon.” But her words were of little comfort.

Two hours later, with midnight approaching, we finally heard the sound of a bike. “The shop is actually 15 kms away. We didn’t tell you, because that would have increased your worry,” said our saviour. He then proceeded to put the wheel in place. I took out a 500-rupee note to pay him for his pains, but he refused. “Thank you, bhaijaan (brother),” was all I could muster, with a catch in my throat. Choked with gratitude at the kindness he had shown us, I didn’t even remember to ask his name.

To read more such instances of exemplary kindness, click here.