‘Mother Serious. Start Immediately’, said the express telegram, throwing our entire house into pandemonium. My mother began wailing, while my father began delivering quickfire instructions to my two brothers and me to pack for the six-and-a-half-hour journey to our village in Rajoli, Andhra Pradesh.

At 12, 11 and nine years old, we boys were too young to sense the mood, and rejoiced at the unexpected holiday. After a long bus ride to Kurnool, and another to Sunkesula, we had to cross the river Tungabhadra to reach our destination. During summers , we would cross the river by foot, but on this day the river was full and there were no dinghies to ferry us across.

Clearly we were stranded, unable to move forward or go back home. The only structure in the vicinity was an old inspection bungalow—a large single-storeyed government building—a prominent landmark in an otherwise isolated area. Its doors were locked. My brothers and I remained oblivious to our predicament—we played in the garden in front of the bungalow, until hunger and fatigue overtook us.

By dusk, our father was a worried man, with little clue about our next move. As the day grew darker, we spotted a lone man walking towards us. His name was Raju and he was the bungalow watchman. As Father narrated our plight, he let us into the building without asking questions and asked us if we had had anything to eat all day. The three of us shook our heads glumly. Raju then set off to the riverbank with a towel, where we watched in fascination as he caught a couple of fish using it as a net, made a fire and started cleaning and cooking the catch. He added salt, a pinch of turmeric, chilli powder and tamarind to the stew, and prepared jowar rotis as it simmered.

It was a meagre meal by most standards, with minimal, precious seasoning, but Raju’s kindness and selfless generosity made it a feast I’ve never forgotten in the 50 odd years that have passed since that day. In that sparse, dimly lit room, we felt like kings. 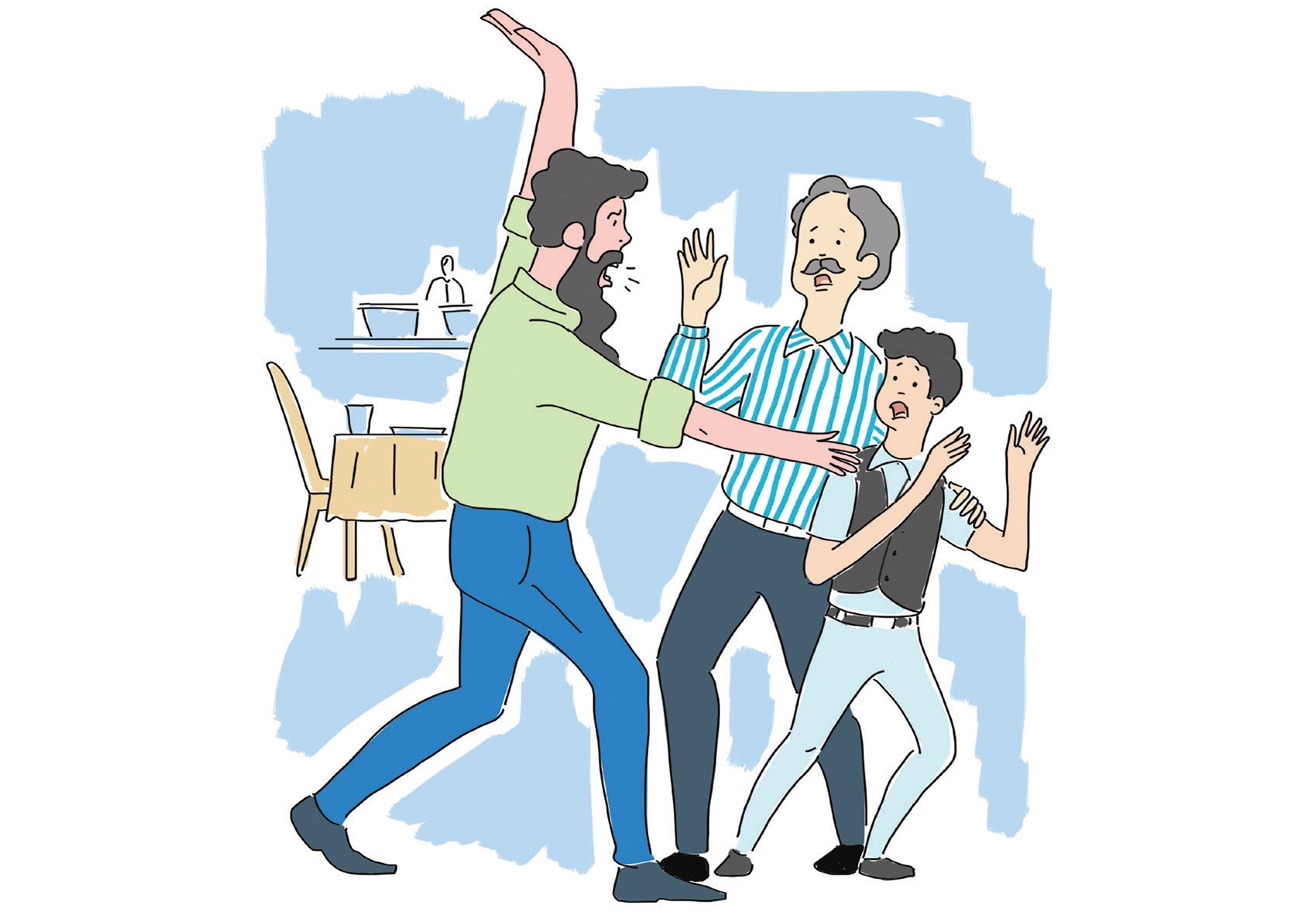 In May of 2019, my parents and I were in Goa on holiday. At around one in the afternoon, we stopped at a dhaba for lunch. A young boy, around 11 or 12 years old, came up to take our order. I asked him his name and, in a soft voice, he replied “Badri”. I thought ruefully about how this sweet, innocent little kid had to shoulder responsibilities when he should be out learning at school, climbing trees and playing with marbles.

We were served our food shortly. As we were eating, a large man with a long beard entered the dhaba. He was clearly drunk, unsteady on his feet and slurring his words. Badri went up to do his job—slowly, unsure of himself. The man pulled the boy towards him roughly and rattled off his food order in loud, incomprehensible words. Hesitant, Badri took the order and scurried into the kitchen. A few minutes later, the man began to get impatient and grumbled aggressively. Badri emerged hurriedly, laden with plates, and started serving the man, but in his nervous rush, he let slip a glass of water, which crashed to the floor, spilling on to the irate customer.

Furious, the man bolted up from his seat, and raised his hand to strike the boy. A terrified Badri cowered in tears before him. I knew somebody should intervene but felt uncertain and even afraid of the inebriated man’s streak of violence. The other diners were, by then, watching the scene unfold. The other staff seemed unconcerned—the cashier looked on vacantly; the cook never emerged from indoors.

Just as the lush was about to strike, a neatly dressed middle-aged man from an adjoining table got up and placed himself between Badri and his attacker. A tussle ensued—the drunk even took out a knife—but the tall, well-built saviour pinned him down to the floor until he calmed down.

Turning his attention to Badri next, the man held him till his terrified sobs died down. He ordered a cup of tea and some biscuits for the boy, talking to him in a soothing tone till he felt better. I learnt two things from the actions of this stranger that day: The first—making a real difference often means getting your own hands dirty, and doing things yourself. The other was to never hesitate when it was time to step up and do the right thing.

Read more about how kindness can inspire and why it can be a great boon here.

Do You Like This Story?
12
2
Other Stories
Please enter valid text
Must Reads
Latest Issue