How A Journalist Got Lost In London ... And Found His Way Back

Two stories that put 'human' back in humanity 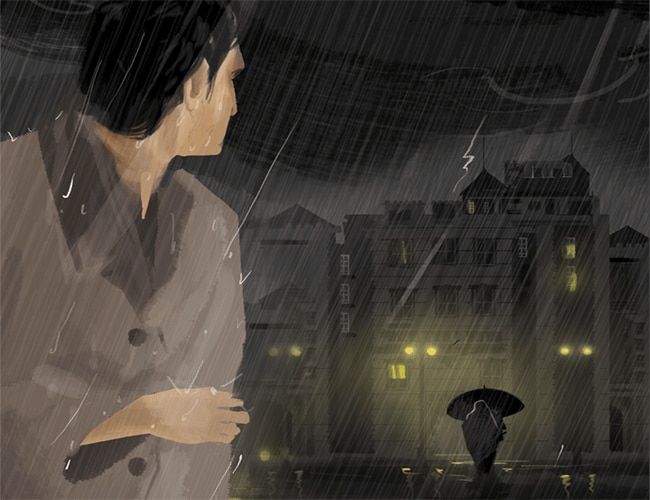 Alone and lost in London, the author was proved wrong about the stiff English upper lip.

About three decades ago, I moved to London to work with the BBC World Service as a producer-broadcaster, arriving at Heathrow airport on a cold November morning. I was met there by someone from the team I was going to be part of, and my new colleague drove me to the company hostel at Bayswater in Central London. It was a temporary accommodation for the staff until they found their own place and also served as a guest house for visiting journalists. He left me at the hostel to unpack and freshen up, and suggested that I might go down to Bush House when I was ready. At that time, Bush House used to be the headquarters of the World Service and stood at the end of Kingsway, the wide thoroughfare in Central London (it has moved to Oxford Street since then).

After some breakfast and rest, I obtained directions to Bush House from the hostel front desk and took the Underground to Holborn station, from where my destination was a short walk. Entering the building, I approached the receptionist, who telephoned someone and soon a young lady appeared, greeting me with a cheerful smile, and led me to my section on the fifth floor. Everybody warmly welcomed me, and we all got busy with our day---they with programme transmissions and I with the induction formalities.

By afternoon, I was beginning to feel exhausted owing, no doubt, to jet lag, following my 10-hour-long intercontinental flight. So I decided to call it a day, bidding goodbye to my colleagues, promising to be back the next morning to formally begin my duties, and entered the lift. Coming out on the ground floor I found that daylight had already given way to darkness, although it was only half-past four by the clock on the wall opposite the lifts and the weather was certainly chilly enough to make me shiver. As I made my way out of the building, I realized that it was drizzling lightly, adding to my discomfort. Fortunately, Holborn station was only a few minutes away, which I would be able to reach without suffering too much. And so, I started walking towards the station at a brisk pace.

Soon, however, my confidence gave way to dismay as I found myself on a dimly lit and almost deserted road---the station nowhere in sight. The drizzle was threatening to turn into a downpour, I was getting soaked, the chill beginning to enter my bones. I was certainly not equipped to tackle this weather and the growing panic that I was practically lost in a large metropolis that seemed not only inhospitable but also indifferent to my fate.

I walked on for a few more minutes and suddenly came upon the bank of a river, its dark waters glistening faintly in the pale light of rain-soaked street lamps. Where had this river come from? There was no river anywhere along the route I had taken that afternoon as I walked down Kingsway to Bush House! Scared out of my wits, I looked around in desperation and my eyes fell upon a solitary figure approaching me. As the figure drew nearer I saw that it was a man wrapped in a dark hooded cloak, walking rapidly as though in a hurry to find shelter from the rain and cold. I quickly stepped in front of him and he abruptly stopped and looked up to me.

"Excuse me, sir," I said pleadingly, "but could you please direct me to Holborn station? I've lost my way, I'm afraid."

"Sorry, mister," said the man in halting English. "But I am new in this city; arrived only this morning. My hotel is over there." He waved a hand towards a spot in the darkness and walked past me.

That was probably the last straw. No other living soul was to be seen anywhere around, the weather was turning worse, and I was faced with the bleak prospect of catching pneumonia on my very first evening in London.

Shaking myself with effort, I turned round and started walking back, trying to retrace my steps. Suddenly, as I turned a corner, my eyes fell upon a most welcome sight---a few yards in front of me a light was gleaming behind a door that obviously was the entrance to a shop. I almost ran across the intervening yards and arriving at the door saw that it indeed was a corner shop. The glass-paned door was shut but I could detect a human figure behind it stooped over the counter. Groping in the semi-darkness, I found the handle of the door and rattled it loudly. The figure looked up and approached the door; I could not see the face very clearly but it looked like that of an elderly white man. He opened the door, fastened with a guard chain, just a crack and spoke in an impatient tone, "I'm closed, go away now."

Before he could close the door again I cried desperately, "Please, please---I need help, I'm lost!"

The man deliberated for a second or two, then took the guard chain off and opened the door. "Come in," he said gruffly and closed the door behind me.

Looking at the man at close range I felt a little uneasy. A typically British demeanour, a few strands of reddish hair tinged with grey on his head and a bristling moustache of the same hue. His eyes, neither friendly nor hostile, were fixed on me with obvious vexation.

I had heard so much about the reserved nature of typical Englishmen, their reluctance to display any emotion even before close friends, let alone a stranger or a foreigner. So I was not sure of the response my tale of woe would produce in my current host, yet I had no choice but to come clean. I tried to explain my predicament, describing how I had come out of Bush House with the intention of walking to Holborn station and how I had ended up on the deserted riverbank. He listened gravely without a comment, then pointed at a stool next to the counter. "Sit there until I finish tidying up," he said and got busy with putting things in order before closing for the night.

I sat on the stool silently and watched him go about his business. He finished in about 10 minutes, then, picking up a large, striped umbrella from a corner, turned to me. "You're at least a mile off the route you were supposed to follow," he said. "I know what happened. You should've left Bush House through the main door leading to Kingsway, from where you can practically see Holborn station. But you left the building through the back door that leads to Aldwych and from there walked across the street to Embankment, which runs along the Thames all the way to Westminster. At this time of the evening, all streets in that area are empty as the offices are closed for the day, and especially in such weather you'll hardly see a living soul. Come, I shall put you on the right track."

We left the little shop together. My saviour carefully locked the door, unfurled the umbrella, gestured at me to step under it and started out. We walked silently for some 20 minutes, taking a few turns, until we reached a wide thoroughfare, more brightly lit and more crowded than the desolate and dark streets we had left behind. We stopped at the edge of the pavement and my guide pointed at a cluster of bright lights about a couple of hundred yards up the road.

"That's your station," he said. "Think you can make it there all by yourself?"

I nodded vigorously, thanked him profusely and extended my hand towards him, but he seemed not to notice my proffered hand.

"Well, go on then," he said in his gruff voice. "This rain doesn't look like it's going to let up soon."

I quickly stepped across the road to the pavement on the other side and looked back. The man was still standing there under his umbrella. Perhaps he too was looking at me, perhaps not. I waved a hand at him, turned and began to walk towards the station. When I looked back once more I could no longer see him.

I never saw this man again in the next 30 years or so that I lived in London. But the memory of my first, and last, encounter with him and the kindness he displayed towards a total stranger remains with me to this day.

Help on a Busy Day

Racing to get to work, a stranger in rush hour saves the day.

We shifted to our new house in Munirka, New Delhi, in 2011. My mother, Bhuvana, usually took the bus to her office, and the nearest bus stop was now almost a kilometre away. Luckily for her, her colleague Vinod took the Ring Road close to our place and had offered to pick her up from the bus stop, on his way to the office. This arrangement suited her quite well.

On the day of an important conference, mum was expected to arrive half an hour before her working hours. She had requested Vinod to come a little early to pick her up. Ever the gentleman, he had agreed good-heartedly.

She waited restlessly for Vinod's car.

There was a massive traffic jam on the Ring Road but Vinod called to inform her that he was just a few metres away and would reach the bus stop soon. Right after, a motorcycle halted close to where my mother was waiting.

The motorist wore a helmet similar to Vinod's, drove a black bike like he did and was of the same height and build. Knowing he used his bike on days of heavy traffic, mum quickly hopped on without so much as a word.

As the traffic eased, they drove ahead. After about five or ten minutes, at the next red light, the man stopped and asked my mother, "Where do you want me to drop you, ma'am?"

Mum was startled. He didn't sound like her colleague. "Excuse me, but are you not Vinod?" she asked nervously.

"No madam, I am not Vinod. I thought you were trying to catch bus no. 764 that left just as I stopped close to you. I was merely trying to help you catch it."

Embarrassed, my mother thanked him for his help. He dropped her at the next bus stop from where she was able to board a direct bus to her office and reach on time.

She never got his name, or saw his face. Seven years have passed, yet mum still remembers that day like it was yesterday.