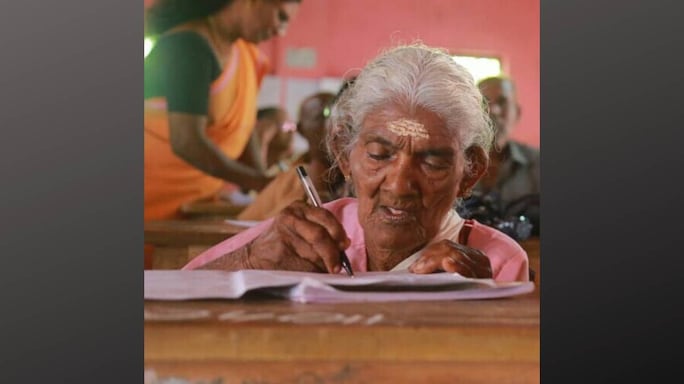 Bhageerathi Amma is 105 years old and Karthyayani Amma is 98. Both are celebrities in their own right now, thanks to their quest to learn and educate themselves at their advanced age. Both hit the headlines when they passed their literacy exams in Kerala. Now the Union government is feting them as inspirational women. The ministry of women and child development has bestowed the Nari Shakti Puraskar, the national award that recognizes exceptional work for women empowerment on both of them.

President Ram Nath Kovind will give away the awards on 8 March on the occasion of International Women's Day.

It is unclear whether both the elderly women will be in a position to travel to Delhi to receive the joint award, but the state is already celebrating the announcement.

While Bhageerathi is from Kollam, Karthyayani Amma is from Alappuzha. Photographs of both the women writing their ‘Aksharalaksham’ exams went viral at the time when they appeared for their equivalency examinations. 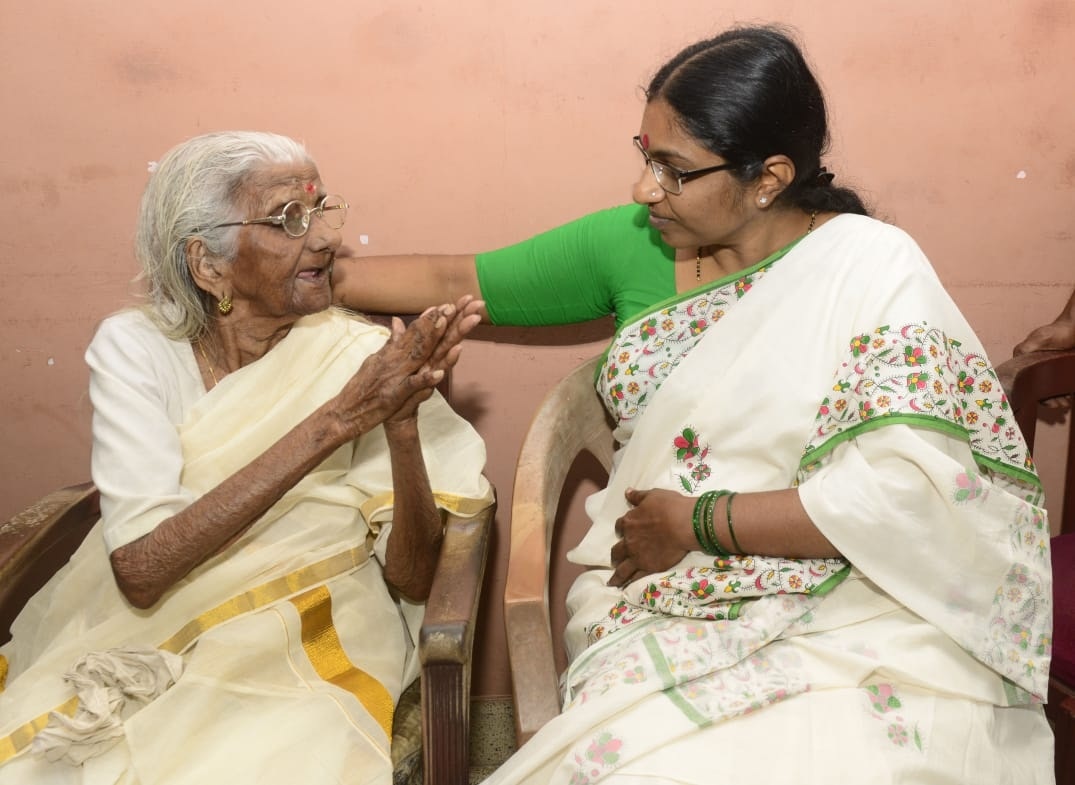 Bhageerathi with the director of the Kerala State Literacy Mission

Both women, somehow, have similar backgrounds. They were both married off in their early teens and became widows when they were young. Taking care of their families fell on their shoulders, leaving very little time for them to pursue education.

Now, years later, they have fulfilled their dreams when they got the chance.

Both of them tested their basic education skills by appearing in the Level 4 equivalency exam conducted by the Kerala State Literacy Mission Authority (KSLMA). While Bhageerathi appeared last year, Karthyayani appeared for the test in 2018. Both of them did very well in the exam. In fact, Karthyayani stood first in the exam. by scoring 98 out of 100. After the results were announced, she wondered how she lost two marks!

"They proved that nothing, but dedication and determination will lead to success,” said P. S. Sreekala, director of the State Literacy Mission.

Bhageerathi and Karthyayani are not done yet, they wish to achieve much more. Both are studying for higher equivalence exams currently. And the Literacy Mission has pledged its support too. "We will provide all facilities to achieve their goal,” says Sreekala.

We wish both these great grannies the very best!