We asked RD readers to share their all-time favourite cover stories from real life. Here's what they shared. Working as an apartment manager, I’ve heard every excuse for why the rent is late: Husband got laid off. Kids were sick. I lost the money order. Or simply, “I forgot.”

But the most creative excuse of all was this: “I only had half the rent. So I went up to the casino to try to double my money.”

I recently invited neighbours over for dinner. When they were about an hour late, I gave them a buzz to see what time we might expect them.

The wife was nonplussed. “Oh,” she said. “I thought that was last night.”

A student of mine claimed he didn’t have his homework because it had fallen into a pile of snow and was quickly covered by a snowplough.

Of course, I didn’t believe him. Still, I gave him credit for concocting such an original excuse and allowed him to redo the assignment.

Two months later, after the snow melted, he presented me with the ragged folder containing the faded original version of his homework. 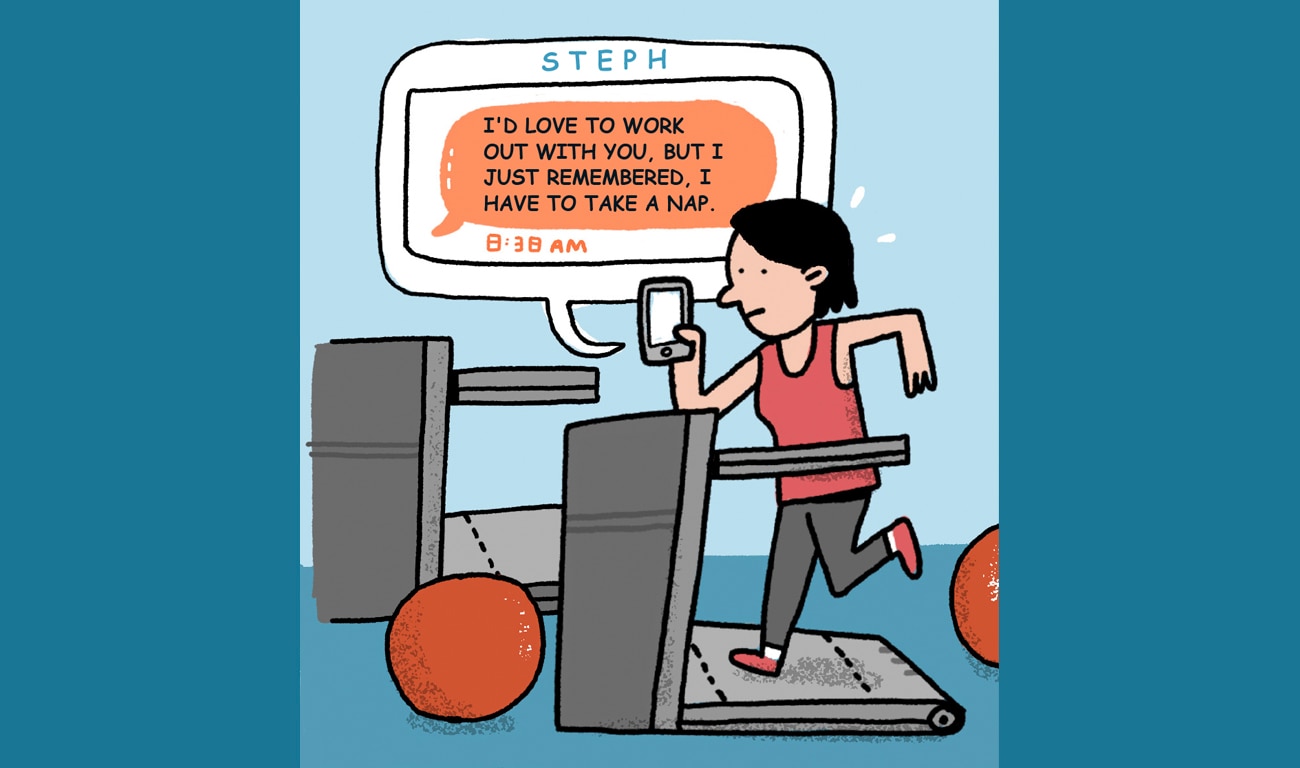 My husband hasn’t been to the gym in over a year. One day, I asked him to come with me. “No,” he said, “I need to lose a few kilos before I go back.”

Years ago, as a young man driving a very old station wagon, I was pulled over for speeding.

“You know, you were going 88 in a 72-kph zone,” the officer said. I knew he was wrong and told him. “Honestly, Officer, I don’t think this piece of junk can go that fast.”

“You know, that’s the best excuse I’ve heard in a long time.” He then got back into his patrol car without ticketing me

One of my chronically late employees showed up later than usual. At least he had a good excuse: “The train that gets me here 10 minutes late was 10 minutes late.”

I was in the middle of grading my students’ homework, and my husband and I decided we were hungry. So I left all the papers organized in neat piles, and we ducked out.

I returned an hour later to discover that my puppy had found the papers.

The next day, I called three of my students over to my desk to explain why I was giving them all 100 on their assignments: “My dog ate your homework.”

Working on an oil rig in North Dakota during the winter weeds out the riffraff. One day, one of my workers told me he had to go home to get a warmer coat.

He was gone for a few days before finally calling to tell me he was home. Home, by the way, was sunny Texas.

I was an hour late for my appointment at the sleep-disorder clinic. My excuse: “I overslept.”

Once, when my dad received an invitation to do something he obviously didn’t want to do, he replied, “I can’t go. I have to change the furnace filter.”

Now whenever anyone in my family doesn’t want to do something, that’s what we tell each other.

I was a government agent, interviewing a young man for his security clearance.

I knew that he’d been arrested for speeding a few years earlier, but he hadn’t said so on his application.

When I asked him why, he said he didn’t think the arrest counted.

“Because I didn’t have a driver’s licence.”

When our new hire didn’t show up for work, I called her. She explained that her mother had passed away and that she would need a few days off for bereavement. “Of course,” I said.

A week went by, and she still hadn’t returned  to work. So I called again.

This time, she said she had good news and bad. The good news: Her mother had come back to life. The bad news: She was sick again, so she had to stay home with her.

Got an outrageous excuse that puts these to shame? Share with us in the comments or mail us at editor.india@rd.com!