VVIP Culture Versus Corona Rules, And A Grand Funeral For A Bovine

Some things can only happen in India 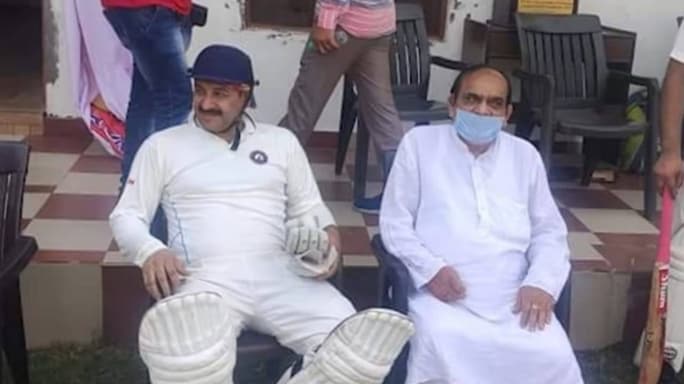 These rules were made for flouting

Rule-breaking, whatever its pitfalls, is decidedly fun. Lawmaker D. V. Sadananda Gowda—Union minister of chemicals and fertilizers—set out to experience some of this adrenaline rush from rule-breaking for himself.

On 25 May, Gowda flouted the rule of institutional quarantine, mandated by the Karnataka government for air-passengers coming to Bengaluru from states with a high prevalence of COVID-19. The minister had travelled from Delhi, which has all its districts under the red zone. Of course, the minster offered up his reasons: He is “in charge of pharma” and is a person “holding a responsible position”.

The ruling BJP government in Karnataka rushed to validate the minister’s feelings and his rule-breaking—they quickly issued an addendum to the state guidelines stating that Union and state minister and officers on duty are exempted from the mandated quarantine. The lesson: All men are born equal, but some—those sworn to elected office—are just more equal.

In the name of cricket

All the cricketing gods that be, know we, Indians love a game of cricket. And apparently, even social distancing norms cannot play spoilsport.

Recently the gentleman’s game was, well, being played by BJP Delhi unit chief MP Manoj Tiwari. A lush, privately-owned cricketing ground in Sonepat, Haryana, was used to service our star politician’s need for play—no masks were worn, and some light selfie-taking was the order of the day. Finding himself on a sticky wicket, Tiwari was quick to point towards a government notification which states that sport complexes were allowed to open during the fourth phase of the lockdown.

Sonepat’s borders, of course, remain sealed to the rest of us due to the spike in the COVID-19 cases in the capital. Lack of sensitivity aside, the MP will do well to remember that a virus when seeking a host doesn’t check the pecking order.

Everyone goes to a funeral

Holy Cow! 150 people—25 identified and 125 unidentified—in Aligarh's Memdi village, were recently booked under the Indian Penal Code and the Epidemic Diseases Act, 1897. The event that got them on the wrong side of law? They held a large funeral procession, for an abandoned cow. Beloved or not, this bovine’s death compelled the locals to gather in large numbers, breaking all social-distancing norms, so that they could give her a funeral, complete with every rite and ritual. According to MHA guidelines, only 30 people are allowed at funerals—we are, of course, talking about the dead of our species. We suspect the cows’ standing as a holy beast, explains the large numbers at her last rites.

General store owner Dinesh Chandra Sharma, in front of whose store the recently deceased animal was found, sees no reason for the legal admonishment, “I took her for the burial. There is nothing wrong in it. I am ready to face any action.” Brings to mind that adage about how fools rush in, where angels fear to tread.