Swipe for a Sister, a Lost Case and More

It happens only in India 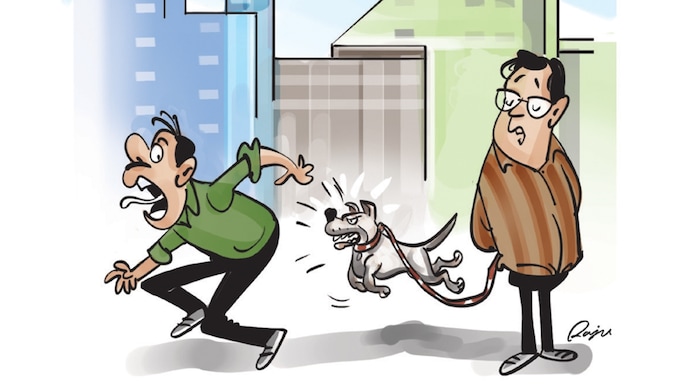 The year was 1999. Lawyer Tungnath Chaturvedi, handed over `100 to the clerk at the Mathura cantonment train station for two tickets to Moradabad. At `35 apiece, the journey was going to cost him Rs70. Yet, as he stood awaiting his change, the clerk thrusted back only Rs10 into his hand. Incensed at being overcharged for the tickets, he immediately raised a ruckus, only to be dismissed and denied a refund. Chaturvedi was not a man who would let a matter of grave injustice lie, so he headed over to a Mathura consumer court to file a complaint against North Eastern Railways. Fast forward to 2022: More than two decades and over 100 hearings later, the court finally ruled, fortunately, in Chaturvedi’s favour. The railways has been ordered to pay him a fine of Rs15,000 and refund him the Rs20 at 12 per cent interest per year. Better late than never, dare we say?Source: Indiatimes.com

Swipe Me a Sister

Recently, a certain dating app, where those lonely or seeking love can swipe to meet their possible mates, was put to work to find filial bonds. Posting on , a Mumbai resident recounted how the festival of Raksha Bandhan brought about deep stirrings of severe FOMO—he doesn’t have a sister to call his own. So, for the past two years, he took matters into his hands. Around two weeks before Rakhi, he would update his bio on the app to broadcast that he was looking for a sister with whom to celebrate. His idea bore little fruit until this year when things took a happy turn—our brother-in-waiting found two sisters and celebrations ensued. Now, that sworn sibling bonds have been found and fostered, we just wish him the same luck with finding love—maybe, third year’s the charm.Source: reddit.com, indianexpress.com

Will Find a Way

As is at the root of all invention, necessity is the fount from which sprouted the jugaad we bring to you, dear reader. A rider in Kanpur, ran out of fuel but fortunately, a petrol station was only a few kilometres away. He rushed to the pump, plastic bottle in hand and asked that they sell him fuel. The attendants refused, and rightly so: Sale of petrol in bottles, or containers is prohibited under section 8 of the Petroleum Rules, 2002. So our man did the next best thing. He came back with his bike’s fuel tank in tow, eliciting much wonder and enough surprise to get the attendants to sell him the fuel, he needed.Source: timesofindia.com

It’s a man’s world, they say, but, the men in the Gaisabad Panchayat of MP’s Damoh district were just rude enough to remind us. In a recently concluded three-tier panchayat election in the district, several women representatives were elected. Funnily enough, not one of them could be found at their swearing-in ceremony. Instead, in a video circulated widely online, each of the elected women’s husbands were seen earnestly taking the oath of office, with the Panchyat secretary leading the ceremony. As news spread of this ignominy, the chief executive officer of Damoh panchayat has stepped in and assured that the matter is being looked into, and if it emerges that the concerned official was guilty, action will be taken. A(h)men!Source: newindianexpress.com