It Happens Only in India: A couple’s promise to cure corona lands them in a soup, MLAs preaching social distancing flout norms themselves, and kite-flying endangers flight landing 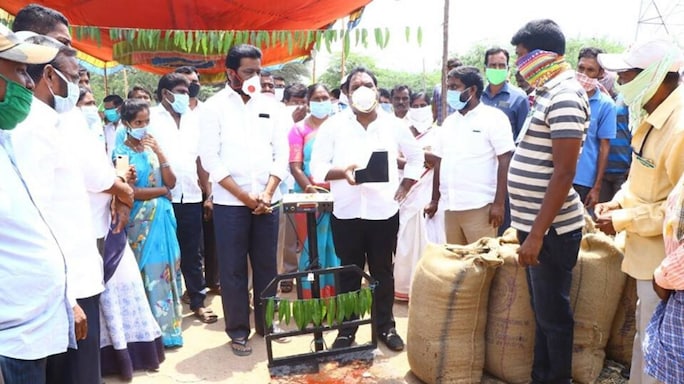 This couple from Aroha, Punjab, was fine as long as they sold their so-called expertise on astrology and Vaastu shastra to gullible folk, but they blundered when they tried to test the waters with a miracle cure for coronavirus.

The Punjab Police recently arrested the couple for claiming through a Facebook video that they had discovered a medicinal cure for COVID-19. The video soon went viral and no sooner, the cops came knocking.

The accused, Pradeep Kumar Kukreja and his wife Kanchan, were booked under different sections of the law. They were also asked to delete the video, which they were compelled to. Moral of the story: Stick to your area of competence, else there is hell to pay.

Publicity is like oxygen for politicians, and they can go to any length to be under the spotlight. At least that’s the impression a few politicians from Telangana gave us recently. Ignoring the coronavirus lockdown guidelines, two members of the legislative assembly, Aroori Ramesh and Banoth Shankar Naik, inaugurated paddy procurement centres in Warangal and Mahabubabad with their followers and party workers in tow.

While inaugurating the centres, the lawmakers posed for the cameras with scores of followers jostling to appear in the frame. Ironically, the same politicians also advised the assembled crowd to maintain social distancing to keep coronavirus at bay. Telangana has put in place very strict rules for the lockdown. However, these rules clearly don't seem apply to the powers that be.

Recently, a pilot landing a flight at the Trivandrum International Airport alerted the air traffic control about kites (not birds but the paper kind) endangering the plane. The flight was returning from Sharjah, where it had dropped cargo.

The police swung into action and tracked the children who were flying the kites. The children may have found flying kites as a way of beating the boredom, but the authorities were not amused. The police said they would register cases against the parents for letting their children go out during the lockdown.

Fly, but not too high!