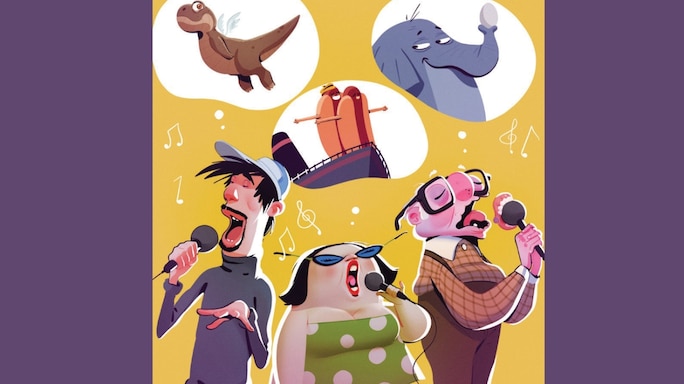 Some of my fondest childhood memories include my years at a convent school, where I learnt Christmas carols for the first time.My kindergarten classmates and I would surround the biggest doll to ever have been called Baby Jesus,cheerfully blaring out those Yuletidesongs many of us know and love.Standing next to me would be my best friend Boli, a cool, smart five year-old, whom I adored without question. So, as she confidently sang out, “White shepherds washed their socks by night …” I blindly followed suit, verbatim. It wasn’t until much later when I learnt to read, that my songbook revealed that the carol was not quite about the nocturnal laundry habits of sheep-rearing men.

The words actually go, ‘While shepherds watched their flocks by night’. When I shared the story of my face-palm moment with co-workers,I discovered I was far from the only one to have made that mistake, on this song or any others. Blame audio distortions, foreign accents, dodgy pronunciations or vocal flourishes,but we’ve all been guilty of singing along with what we think we heard,however absurd or improbable. For many of us, the shock of discovering the real lyrics happens in a karaoke bar. Microphones in hand, a group of semi-tipsy buddies and I were once crooning to the theme song from the film Titanic, when my friend Mohan confessed that for years he’d thought the song went thus:‘Near, far, wherever you are,I believe that the hot dogs go on …’The real lyrics on the screen that read, ‘… I believe that the heart does go on’ alarmed him to no end.For us Beatles fans, it was a thrill that not only did we know the entire lyrics to ‘Michelle’, but we also knew enough French to translate the line,‘Michelle, ma belle, son les mots qui vont tres bien ensemble, tres bien ensemble …’ but my sister was brave enough to admit at a party that she'd only ever known the words to be ‘Soonle monkey won’t try piano song …’!

Their ‘Lucy in the Sky with Diamonds’ became infamous as it alluded to their use of LSD in code,but I remember it more as the song in which the words ‘the girl with kaleidoscope eyes’ was thought by many to be ‘the girl with colitis goes by …

’It’s hard to imagine misunderstanding the words to the ever popular Abba track ‘Dancing Queen’, but I’ve had some admitting they’ve sung the iconic line as ‘young and sweet, only seven teeth …’ instead of ‘seventeen’!

And it wasn’t just western music that got twisted in our ears. As fans of Aamir Khan, my cousins in America love his Bollywood movies, but they’re not too familiar with romantic hotspots around Mumbai.So when cousin Raju heard ‘Haati ka anda la’ (Bring me the egg of an elephant)in the popular song from the film Ghulam, he was perplexed. That is,until we told him that Aamir was, in fact, headed for a popular hill station with the line ‘Aati kya Khandala?’(Wanna join me at Khandala?)’

Quick to cash in, memes based on the hilarious imagery created by these distorted lyrics became a viral Twitter trend in 2016, with literal illustrations of misheard songs sending many a snicker down the charts.Popular among these are cartoons of Bob Dylan’s ‘the ants are my friend,blowin’ in the wind’ (original: ‘the answer, my friend’); Annie Lennox’s ‘Sweet dreams are made of cheese’(original: ‘sweet dreams are made of these’); Carly Simon’s song ‘You're so vain’, visualized with ‘clowns in my coffee’ (original: ‘clouds in my coffee). There’s also this meme of an unusual beverage from the misheard line in ‘We will rock you’ by Queen: ‘Sparing his life from his warm sausage tea’(original: ‘from this monstrosity’).

Many pop singers have been so amused by what their fans hear, that there have been instances of singer incorporating misheard lyrics into live shows, just for laughs. The most talked about of these was the ’70’s cult hero Jimi Hendrix and his song ‘Purple Haze’. When it came to the dramatic line ‘Excuse me, while I kiss the sky’, Hendrix, instead of pointing upwards, pointed instead towards a fellow band man alongside, singing:‘Excuse me, while I kiss this guy!’

Similarly with the Credence Clearwater Revival hit song ‘Bad Moon Rising’. Once at a live concert,lead singer John Fogerty switched ‘There’s a bad moon on the rise’ to the often missung line ‘There’s a bathroom on the right’, purposely pointing at the closest washroom near the stage!

Now it seems the trend is seeping into the next generation too. On other day, I was both amazed and amused that my grandson, who’s just joined kindergarten, is making uphis own hilarious lyrics at school—much like I did—only for a very different reason. In this post-pandemic world, where even three-year-olds have gotten used to wearing masks to school, it’s no surprise that kids are mishearing nursery rhymes sung by a masked teacher at the piano.

The other day I heard him singing:

Howie, Wanda, what you are?

Appa bow, you are so high