Complaining, the Key to Your Problem

“After a few more years of complaining I think I may change my life.” 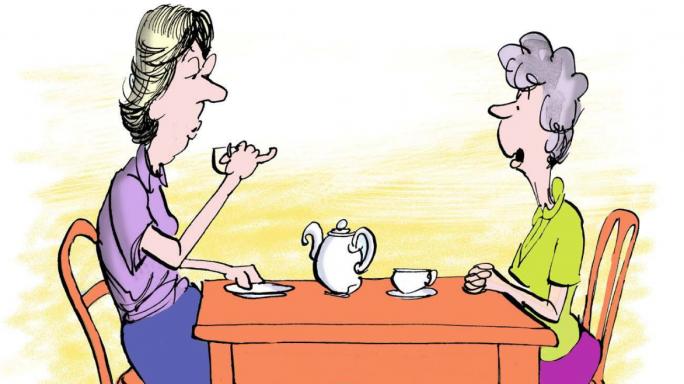 AN OVERWEIGHT FRIEND was once advised by a senior, “Try horse riding; it helps with weight loss.”Pat came the reply: “Whose?”

AFTER YEARS OF resisting the smartphone, my mother finally acquired one. Ever since, it has been a struggle, because she cannot get the hang of pushing the right button. Many missed calls later, I had almost given up on her ever getting tech-savvy, until one morning when I called. The call was promptly rejected followed by the message ‘I am driving’.

WHILE SERVING IN the Indian Revenue Service, I underwent prostate surgery. In the operation theatre, while receiving spinal anaesthesia, I remarked to the surgeon that the prick of the needle was hurting. As four faces stared down at me, the surgeon, with a twinkle in his eyes, said, “Now you know how tax payers feel when they go to the tax department.”

I’M IN MY LATE 60s and I swim for an hour every day. Recently, a young woman started coming to the same pool. One day, she told me she couldn't be very regular since she had a very young daughter.

I complimented her on her efforts to keep fit, urged her to come as often as possible, and showed her how to improve her swimming technique.

A few days ago, as soon as I arrived at the pool, she said to me, eyes glowing: “You’re my inspiration! I even wrote to my mother about you yesterday!”

Flattered that a young woman had taken such a shine to me, I pulled in my belly, and was about to murmur something self-deprecatory, when she said, “I told her I’ve met this really old man who ...”

Do You Like This Story?
22
1
Other Stories
Please enter valid text
corona updates
Must Reads
Latest Issue