But first, let me take a selfie. 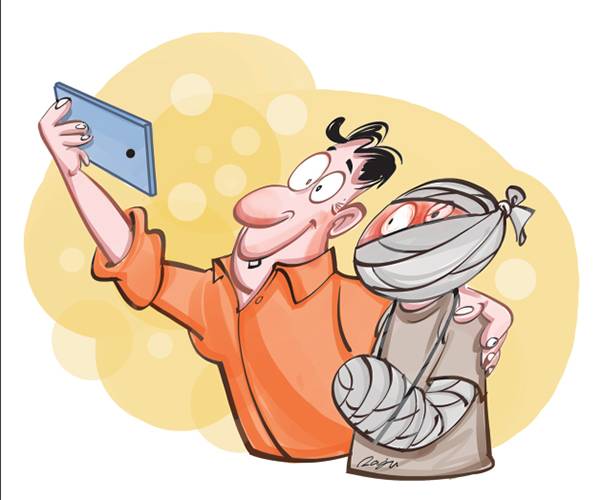 Car owners in Delhi, beware these gangs of innovative thieves. According to the Delhi Police, 38,644 motor vehicles were reported stolen in 2016, and the number continues to rise. These thieves have managed to figure out ways to bypass complicated electronic locks as well. Many use online videos and gadgets. Then there is the gang that bought cars, which were damaged during the Chennai floods, online. They placed those parts into stolen vehicles and sold them as second hand. A perplexed official commented: "The rate at which trained auto-lifters can dismantle motor vehicles is surprising."

Vaibhav Patil is an unhappy man. In 2011, the 26-year-old paid an agent Rs 20,000 to help him pass a paper in the first year of his engineering course in 2011. Now, unable to live with the "guilt", he wants to surrender his degree. It seems the University of Mumbai has given in to his pleas and is holding on to his degree, but they don't know what to do with it. There are no provisions for such a request. The Bombay High Court has rejected his petition.