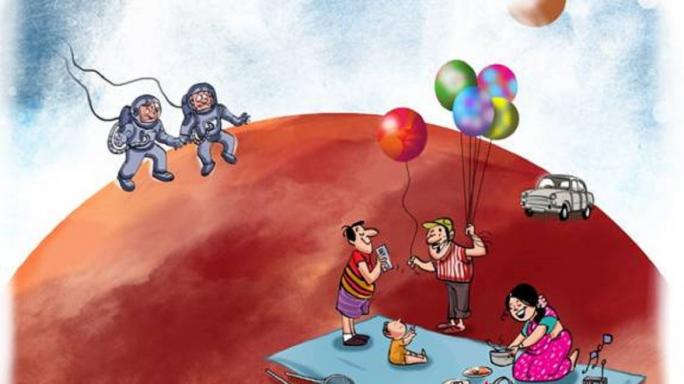 ZOOKEEPERS AT THE Sajjangarh Biological Park in Udaipur found themselves reaching for a Tamil dictionary with the arrival of Rama, a five-year-old white tiger. The feline, who recently moved from Arignar Anna Zoological Park in Chennai as part of an exchange programme, only understands Tamil. Hindustan Times even quoted a rather desperate-sounding park official as saying,'Either the tiger learns Mewari language or the caretakers here learn Tamil.' Rama, however, did not travel alone. His caretaker Chellan accompanied him. Hopefully that helped with the initial introductions.

THE FIRST TIME Amrit Singh, a 19-year-old from Delhi, allegedly stole a Honda City, he was thrilled with the air conditioning. He took it on a joyride across the city and even slept in it, abandoning the car only when it ran out of fuel. It was the beginning of a long love affair, one that involved stealing just this parti-cular brand. It wasn't surprising then that when he was finally arrested, the Delhi Police recovered six Honda City cars (and one scooter). He never sold the cars he stole, just the scooters so he could buy petrol for the joyrides. Now there's a real brand ambassador.

AN AVERAGE DAY in the life of an IIT-Bombay hosteller is made up of much more than assignments and exam stress. There are also monkeys. The campus is a simian stomping ground. They enter hostel rooms, throw around trash, snatch food, destroy furniture and tear up clothes. Students even found monkeys sleeping in their beds. They have now been advised to carry a small stick. It's a jungle out there!

WHAT PLANS are in place for protecting the public in the event of an invasion by aliens, zombies or extra-dimensional beings? What means does the government have at its disposal to defeat them? Can we do it without Will Smith? These are only some of the very important questions Mumbai-based Ajay Kumar asked while filing an RTI application. The Ministry of Home Affairs replied with a rather staid response, saying they would not be able to respond to hypothetical situations. Social media mavens may have had a good laugh, but Kumar told huffingtonpost.in that this was a form of 'political protest against the entire intolerance fiasco'.Regardless, zombies shouldn't be taken lightly. As a helpful Twitter user pointed out, even the US Centers For Disease Control and Prevention have a plan in place … just in case.

LIFESTYLE DISEASES and leopards aren't words often used in the same sentence. Unless one's talking about the big cats of Sanjay Gandhi National Park, Mumbai. Forest officials realized that the 15 leopards were suffering from lifestyle diseases including weight gain and stress. So they changed their diet, supplementing meat with medicinal plants and grass. The cats were given wooden medicinal balls to play with, and artificial waterholes for destressing. The leopards have since achieved their ideal weight range and are the healthiest they have been in a while.

Reader's Digest will pay for contributions to this column. Post your suggestions with the source to the editorial address, or email

Do You Like This Story?
27
2
Other Stories
Please enter valid text
corona updates
Must Reads
Latest Issue