In the Biblical book of Genesis, the first set of brothers was Cain and Abel, and we know how that ended—Cain murdered Abel. Don’t worry—these tales of rivalry and love from RD readers, staffers and others have happier (and funnier) endings 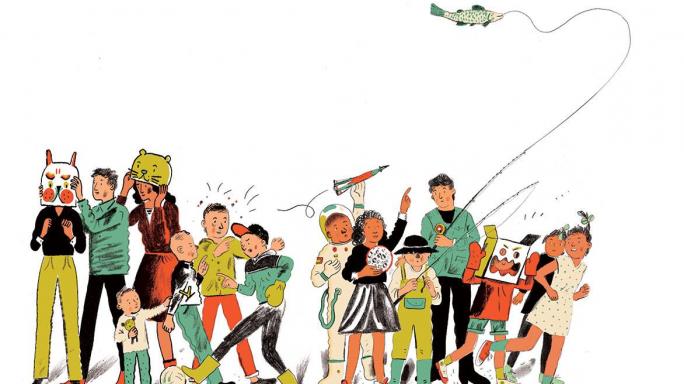 I grew up fairly introverted—happy to retreat into a book, terrified that someone would seek me out and want to talk. My younger sister, a proud, pushy extrovert, didn’t understand my preference for ‘quiet-time’ and took pleasure in disrupting it—loudly and constantly. One slow Sunday afternoon, she had only me for company. I decided to resort to graft to fix my woes—a handsome sum of Rs 50 to be quiet for 2½ hours—150 mins. Needless to say, she spent the entire time discussing how my pay-off wasn’t commensurate with the effort she would have to make to keep mum.

When we were little, my sister, after watching Titanic, put up a Leonardo DiCaprio poster on our bedroom door. I hated it. One afternoon, she came back home to find darts on his face. She was furious. And I was thrilled to have hit bull’s eye twice.

My sister is five years older than me. I was an annoyance to her when we were both kids—not old enough to be a playmate. One day, after much begging, she agreed to play with me. We lived in a house facing a flyover then. She suggested a ‘fascinating game’; I should count the cars on the flyover and tell her when I reached 100. Excited, I started counting. Not surprisingly, I dozed off in a matter of minutes, as my sister knew I would, and woke up feeling sorely cheated.

The War For Bragging Rights

As kids, my Dada (elder brother) and I would have bragging matches. When he found I was still afraid of goons, ghouls and darkness, he exploited it shamelessly. To cope with my defeats, I expressed my distress creatively:

I will take a knife

And put it into my Dada’s head

And then he will die

And I will laugh, ha ha ha!

This—the only poem I’ve ever written—was meant for only my delectation. But, Dada soon discovered it and shared it with the family, to my continued embarrassment. I’ve yet to one-up him in a bragging war since.

I loved bath time when I was a child. My mother would fill up a huge tub with water and bubble-bath soap and to my 8-year-old self, it felt like the ocean. I spent hours acting out pirate-ship and mermaid fantasies. One day, my elder sister barged in and saw that red dye from a T-shirt had leached into the water, turning it blood-red. We had just watched the movie Jaws, and knowing that movie-trauma was still fresh, she convinced me that there was a shark in the water. I’ve been a ‘showers-only’ person ever since.

Everyone in my family had sharp, aquiline noses. My excuse of a nose was the butt of all jokes: My brother told me with a straight face that a small tempo-van had gone over my nose once and flattened it. Half believing it, I stared at the mirror and tried pulling at my nose to make it grow a little. My brother found me at it one day and said, “Okay, here’s the truth. There was a Chinese lady next to Mum in the hospital; she’s your real mum. Mum’s baby and you got exchanged by accident”. Nothing can prepare you for adult life more than a mean elder sibling.

In It To Win It

My cousin was always enthusiastic about, but terrible at, sports. So, I made up one she was guaranteed to win. I explained the rules and she readily agreed. I would throw stone chips and pebbles at her. Every time I hit my target, she would get a point. I remember her smiling through grimaces and ice packs at her ‘victory’.

My younger sister and I used to watch a TV show where the lead character, Karuna, had a fringe. I told my sister that I could make her look like the leading lady, and got Mum’s scissors out. She couldn’t help but tear up when she saw the front-left side of her beautiful, long locks reduced to a near bald patch.