Cow Dung Cakes To Fight Diseases, A Battle Over Ludo And A Steam Bar's Cure For Corona

It happens only in India! 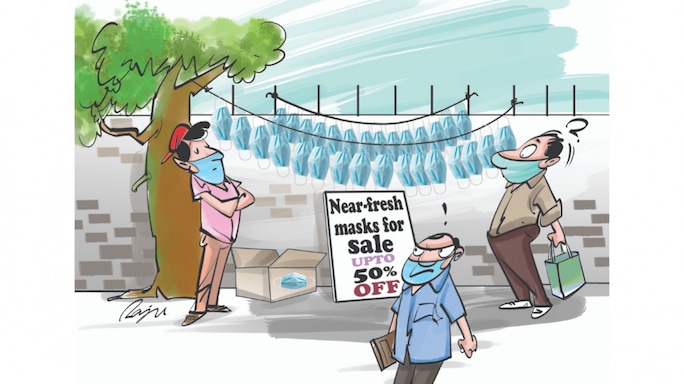 In the latest on ‘how to bolster immunity’, chairman of Rashtriya Kamdhenu Aayog (RKA)—a department under the Union Ministry of Fisheries, Animal Husbandry and Dairying—Vallabhbhai Kathiria, made the “scientifically proven” claim that cow dung cakes will rid one of radiation and serve as a safeguard against all diseases.

That’s not all the bovine business he had to offer—Kathiria went on to unveil a cow dung “chip” called Gausatva Kavach, which can “be used in mobile phones to reduce radiation”. Katharia’s unsubstantiated claims were greeted by a letter signed by 600 researchers and scientists from across the country, demanding evidence to support his assertions.

We would simply like to drop a gentle reminder to the RKA chief about the constitutional principle of developing a scientific temper.

With the threat of COVID-19 still looming large and casting a pall over general merry making, food joints are pulling every trick in the book to bring in customers. Take Kolkata eatery, Wok’ies, for instance. If its 2D-themed, monochromatic design isn’t enough of a draw, the café is offering customers free masks they can wear even during meals, courtesy a zipper addition. Simply unzip, eat and zip it back up again. We are not convinced that these help ward off infection, but we laud the enterprising spirit.

All’s Fair in Love and Ludo

As we get used to the tedium and the exception Year 2020 has brought, some, more than others, are worse for wear. A father–daughter duo from Bhopal almost went to court over a game of Ludo! The 24-year-old daughter was so miffed at her father conquering one of her tokens in the game, she wanted to snap all ties with him.

The reason for such escalation: She hadn’t expected her father, whose filial duty is to care about her happiness, to “cheat” his way to victory. Wildly incensed at the state of affairs, the daughter had to undergo four sessions with a family-court counsellor to go back to feeling “positive” about life and family. The takeaway? Seek non-competitive ways, such as knitting, to spend self-quarantine.

As the world races towards creating a vaccine for COVID-19, hoping to restore life back to the old normal, several quacks and hacks have been cashing in on the corona-cure bandwagon. Several Coronils, cow-dung and immunity-boosting papads later, we now have a Pune steam bar that claims to both prevent and cure coronavirus infection.

A video of people undergoing the ‘treatment’ shows them sitting side by side, inhaling steam through pipes attached to a pressure cooker. We would love a corona cure too, but these quacks would do well to wear a mask, wash their hands and save their breath till the experts create one.