Our compilation of the funniest jokes by kids of all ages. (Cartoon by CONAN DE VRIES) My four-year-old grand- daughter was pretending to enjoy a piece of make-believe cake. When her older brother, who is allergic to nuts, asked for his own pre- tend slice, she quickly responded, “No, you can’t have any. It has nuts in it!”

My six-year-old, to her crying brother: It’s OK to be sad. Sometimes we need to let our feelings out. Just let yourself be sad.

Me: Oh darling, that’s so lovely. Well done. Why is he crying anyway?

My six-year-old: I hit him.

My friends and I were talking about how older people lose height with age, and my four-year- old son overheard the conversation. He interrupted, “If I live to be 200, will I be an ant?”

My six-year-old son was watching me pour drain cleaner down the bathroom sink.

My son: What’s that?

Me: It dissolves what-ever gunk is clogging up your drain.

My son: Cool. Even the screwdriver down there? While walking in a local park with my three young kids, we passed a bench that had been donated by a family in 1992. I heard one of them say, “I wonder if that family is still alive.” My 10-year-old daughter responded, “Probably. I’m pretty sure Dad was already born in 1992 and he’s still alive!”

My toddler dropped my phone while she was on a video chat with my mom. She gasped, quickly picked it up and asked, “Grandma, are you OK?”

When I was four, I thought birdseed grew birds, hence the name. So I thought I’d try planting a pile of birdseed. The next day, there were loads of birds where I’d planted the seeds, proving me right. My son cried on his second day of kindergarten because he didn’t know he had to do it every day. He thought it was one-and-done.

My five-year-old asked me to help her write something. She was making a birthday card ... for me. I wrote it all for her. She then hid it and gave it to me some time later—and I had to act surprised so as not to hurt her feelings.

My son described my job as “Mama sit, Mama type.”

I asked my kids if there was anything they wanted from the grocery store. My daughter’s response: “How is our cheese situation?”

My eight-year-old, watching golf on TV: What’s hard about that? There’s not even an obstacle course in front of it or anything.

My 12-year-old: You’re thinking of miniature golf. This is real golf.

My eight-year-old: Well, it looks easy to me.

One Sunday morning, my five-year-old son came to my bedroom, jumped into my bed and hugged me. Afterwards, he said, “Mommy, your breath smells yucky, but I still love you.”

One day I noticed my two-year-old nephew rubbing his tummy. I asked him what was wrong. “I’m hungry,” he said. I was relieved. “Okay, so what do you want to eat?” He then dramatically exclaimed, “No, I need toys!”

My eight-year-old was playing with a science-lab toy kit and spilled some concoction on the floor. Instead of wiping it up, she made a sign saying “caution: wet floor.” 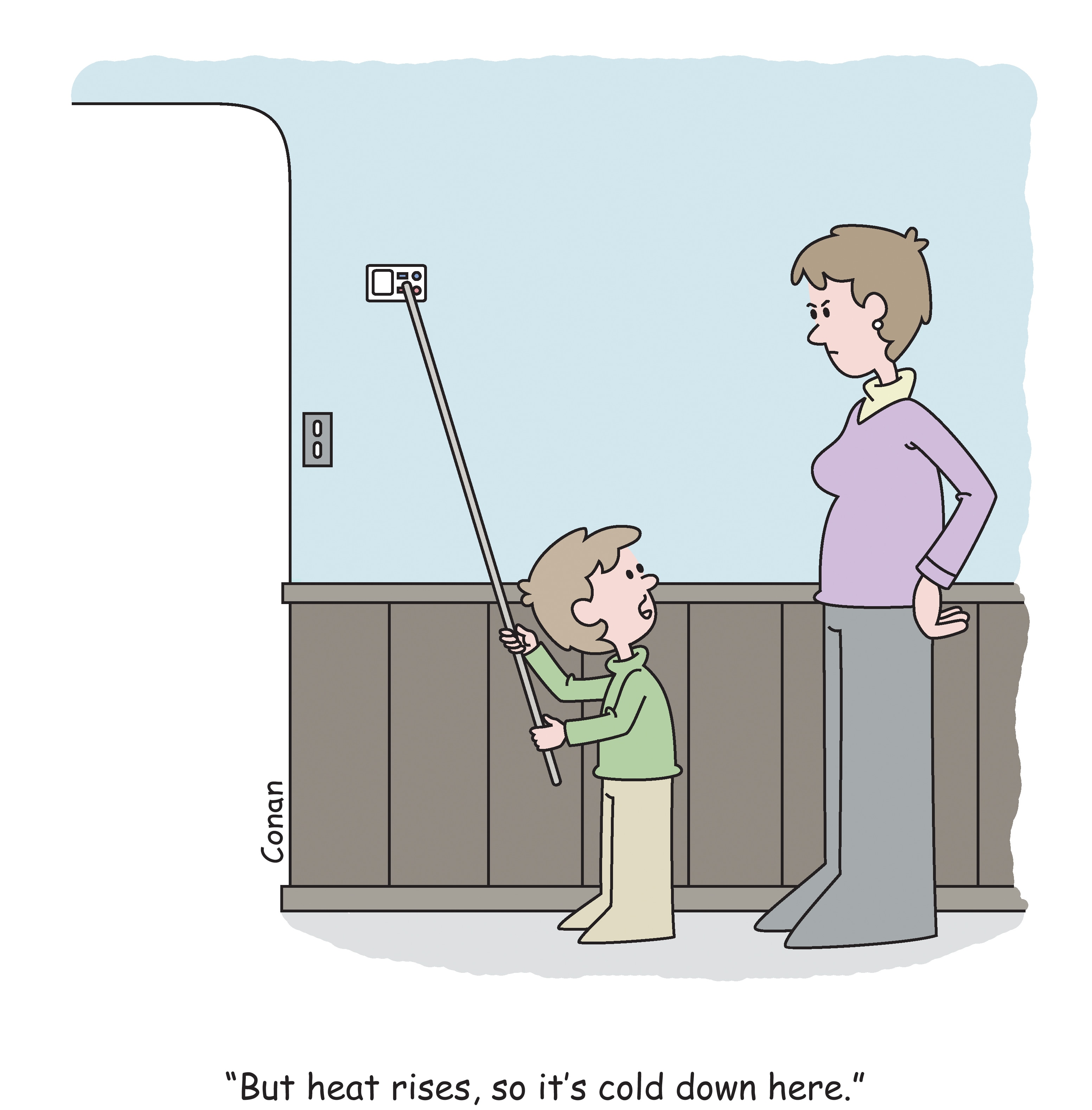 My six-year-old: My tummy hurts.

Me: It must be because of the bag of cookies you ate.

My six-year-old: No, my other tummy, not my cookie tummy.

“Why can’t kids stand in elections?” my five-year-old daughter asked her older brother.

“Hah. What do you know about politics?” he scoffed, “Can you name even one party?”

When I was a kid, I did something to make a teacher mad, so he assigned me a 500-word essay. I didn’t know what an essay was, however, so I wrote the word ‘essay’ 500 times instead.

I was on a work call and my six-year-old daughter handed me a note that said, “I hate this stupid, dumb world. I want to be happy and I am not.” She was angry because I couldn’t get her a snack.

As we drove past a new home in the framing stage, my five-year-old exclaimed, “Look, Mommy! That house is made out of sticks.”

My six-year-old flatly refuses to believe paper maps were once a thing. “You mean, like pirates?” he asked.

“Why are they stealing our trash?!” (My kid, horrified that the garbage men are doing their job.)

My son saw pictures of my fifth birthday party and asked why I didn’t invite him.

I phoned my sister’s land-line number in Calgary. Her four-year-old answered. When I asked to speak to Mommy, he said, “She’s in the bedroom. Phone back on the bedroom phone!” and hung up.

My seven-year-old: Can I go to my friend’s house? He wrote down his address.

Me: He just wrote down his house number, not the street.

My seven-year-old: How many streets can there be?

Currently my toddler is crying because I won’t let him hit me with the mop. I asked my young son if he made the school orchestra, where he auditioned to be a viola player.

“There’s no way they’d not consider me,” he replied with confidence.

“They needed two,” he said, “and I was the only one who showed up.”

Me: Why are you naked? You can’t be naked at school, you know.

My five-year-old: That’s why I’m naked now—because I’m going to miss being naked so much.

When my four-year-old gets mad at someone in our family, she draws a family picture without them in it.

My 10-year-old: Grandma, can you teach Mom how to make this dessert?

My mom: Oh, she already knows how to make it, Sweetie.

A first grader told me that she doesn’t need school because she wants to be a pineapple when she grows up.

Me: Every morning, I pick up this action figure and stand it up on the shelf, and every night it’s on the floor again.

My four-year-old: Can we get a cat?

Me: No, they make me sneeze.

My four-year-old: Can you go away then?

No one runs faster than a toddler holding something they shouldn’t.

As my mother, seven-year-old niece and I were leaving church one day, my niece noticed parishioners putting money in a collection box near the exit. My niece turned to my mother and I and asked, “Do we have to pay to get out?”

My two-year-old is yelling at me for taking too big of a bite from her pretend sandwich. Now she can’t make another one because we’re out of pretend bread.

I bought my son a book about bats and halfway through it he shouted, “What? Bats are real?” All this time he thought they were made-up things in ghost stories. 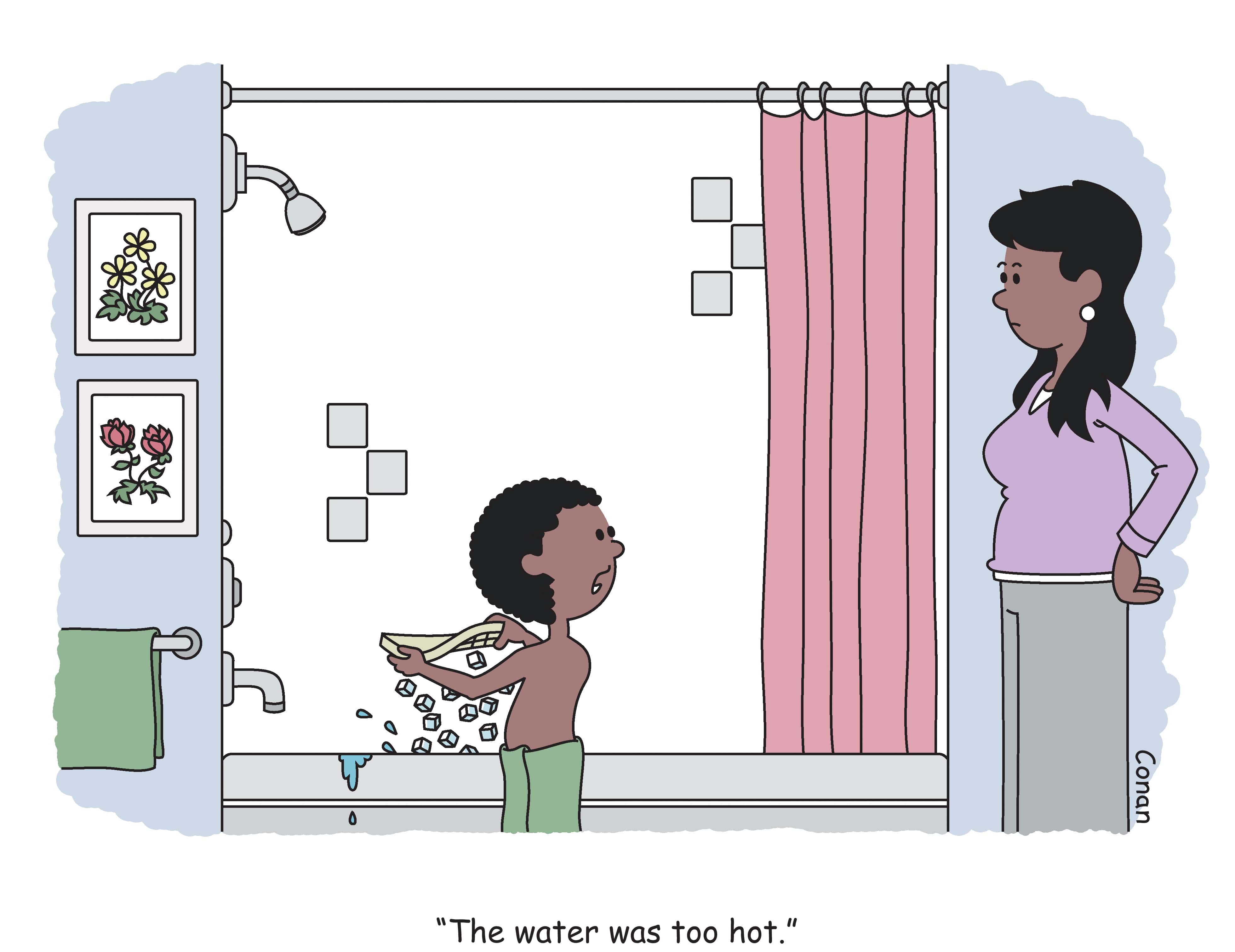 I asked my five-year-old granddaughter what she wanted to be when she grew up. She replied, “A cashier.” When I inquired further, she said, “Because I get to take people’s money.”

My two-year-old stormed past me in pyjamas while holding a pop-up book. When I asked him where he was going, he said in an exasperated tone, “I’m going to a meeting!”

Recently, I was complaining that we have too much stuff in our house and need to get rid of some of it. My four-year-old looked me dead in the eye and said, “You should probably burn it in the oven like our food, Mommy.”

Principal: John, who jumped over the moon?

My four-year-old was trying to tell us a scary story the other night and she ended it with, “And they were dead … for the rest of their lives!” 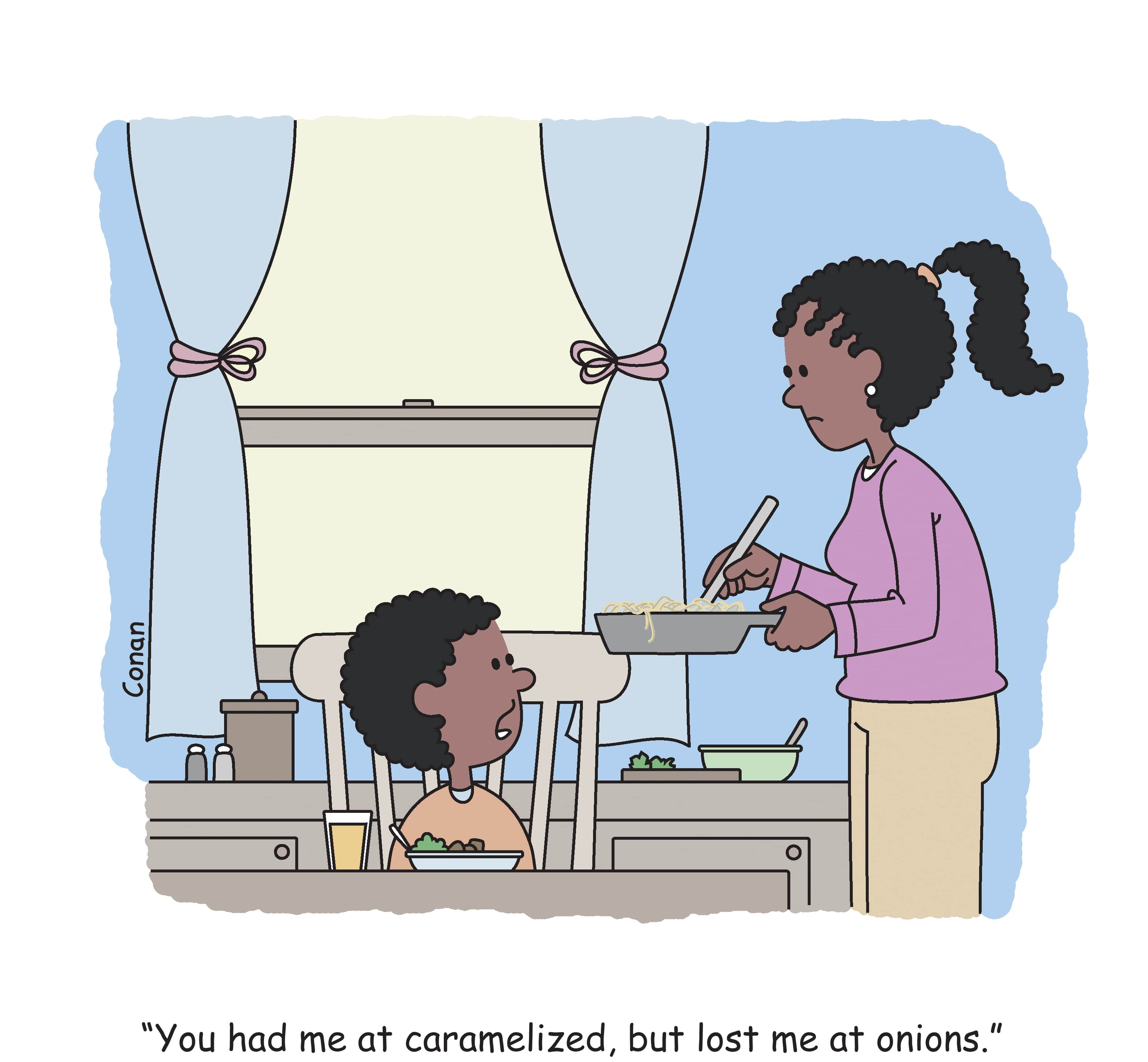 My two-year-old loves to play in the dirt so much that he’s begun telling us that he wants to eat dirt for supper. Now, we have to sprinkle ground pepper on all of his food.

As a 4-year-old, my daughter Tijil was fascinated with trains. Once she spotted a train she had not seen before and asked her father what it was called. “That’s a goods train,” he told her. Before he could explain further, Tijil asked, “So, are only good girls allowed to board it?”

A first grader told me that she doesn’t need school because she wants to be a pineapple when she grows up.

Me: Every morning, I pick up this action figure and stand it up on the shelf, and every night it’s on the floor again.

My two-year-old is yelling at me for taking too big of a bite from her pretend sandwich. Now she can’t make another one because we’re out of pretend bread.