A Human Tongue As Sacrifice, A Single Teacher With 25 Jobs And More

Here, some things that can happen only in India 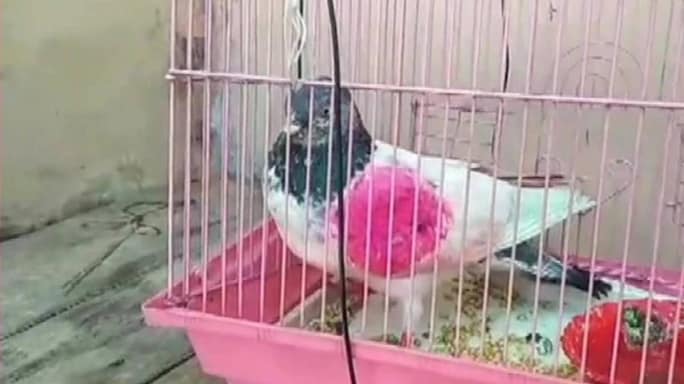 For the love of god

On most days, faith can be a truly rewarding experience. But some believers, we beg to argue, take it a tad too far! In what can only be described as utterly petrifying incident, and one we are sure the gods wouldn’t condone, a 16-year old girl, from Uttar Pradesh bit off her tongue and offered it up to the gods. Her vow: This sacrifice to Lord Shiva would save her village against the COVID-19 pandemic. Her bid to play sacrificial lamb, the authorities report, is her own doing. Her parents say that their minor daughter is religious and has been worshipping in the village’s Shiva temple every day for the past four years. Everyone would love a miracle this corona season, but when faith bleeds into superstition, a clear line needs to be drawn.

I spy a pigeon!

Recently a possible Pakistani spy that had flown across into Indian territory ruffled some feathers. The prime suspect: A pigeon with a large pink patch, captured along the International Border in Kathua district of Jammu and Kashmir. Shailendra Mishra, Senior Superintendent of Police of Kathua explained that the bird had been brought in by the residents as a “ring was seen attached to one of its legs with some numbers on it” and a “probe was on”. After all, this wasn’t the first time that birds had arrived with messages sent from Pakistan.

But, this tall tale that could have been the stuff of spy legends was cut short. A Pakistani villager, named Habibullah claimed that the brave bird, which had flown into foreign territory, was one of the 12 birds that he had released on Eid. And the numbers that were found written on his wings, was his phone number—the bird had taken part in a racing contest. He even requested the Indian Prime minister to send his beloved bird back home.

The pigeon was prodded and poked his X-ray revealed no camera, no chip and, in a rather tame turn of events, was released from the same spot they found him, scot-free.

Those who can, do; those who can’t, teach. Nothing could be further than the truth in 21st Century India. The Uttar Pradesh police are investigating the case of a school-teacher, who allegedly worked simultaneously in 25 schools and earned over a crore as salary in 13 months. The teacher in trouble, Anamika Shukla, fearing that her fraud had been uncovered, was on her way to tender her resignation, when she was arrested. She held the post of a science teacher in Kasturba Gandhi Balika Vidyalayas in Ambedkar Nagar, Baghpat, Aligarh, Saharanpur, Prayagraj to name just a few. The rot in the system was evident when Shukla told the police that she had landed her job(s) only after paying a bribe of one lakh. But the case gets murkier, with UP’s Basic Education Minister Satish Dwivedi stepping in to clarify that they weren’t sure if they had the real culprit in custody—it seems that the documents of a meritorious girl was used at various places to get the job. With a possible high-level probe in the works, many more ignoble ‘teachers' could be in trouble.