There are some things that happen only in India: an extended romantic trip, a husband biting off a doctor's ear, and a cop's hilariously errant Bollywood stunt make the news this time 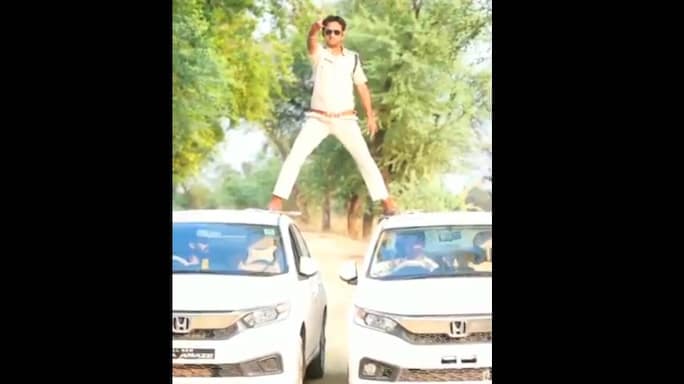 A birthday surprise that keeps on giving

What was supposed to be a short and sweet romantic trip turned into a month-long quarantine with future in-laws. This transpired when a young man based in Ernakulam set off for Mangaluru to surprise his bride–to-be on her birthday. He even lied to his parents about where he was headed. But the pandemic broke out and it has been a month, and he is still quarantined at his fiancée’s home. Obviously, lockdown measures prevented him from getting away and reaching home. After the groom’s family found out where he was stuck, he was the subject of some good-natured ribbing too. The couple were supposed to be married in the first week of May, but the event has now been postponed in the wake of corona. Now the groom-to-be works online and helps out in his in-laws farm, as he awaits return.

Moral of the story: Do not lie about your whereabouts, a national lockdown may be around the corner.

Our overburdened health-care workers are fighting much more than a pandemic. Doctor Sakil Khan, working at MKGC Medical College and Hospital in Berhampur of Odisha, found himself badly injured at work, quite out of the blue. He had incurred the wrath of a husband who, in light of the COVID-19 guidelines, had been denied permission to see his wife admitted in the hospital’s labour ward. In a bizarre turn of events, the enraged husband, Tarani Mohapatra, upon being told to stay away, responded by biting off a chunk of the young doctor’s ear.

This understandably sent out shockwaves in the hospital, with the staff demanding that the police look into it immediately. The police are now looking into the matter. Looks like the father-to-be bit off much more than he could chew.

All in a day’s work

We cannot fault Madhya Pradesh police sub-inspector Manoj Yadav on his timing to stage a stunt—the streets are empty after all! Dressed in his official uniform, our brave cop starred in a video that went viral on Twitter, where he can be seen standing atop two moving cars, looking hero-like—sunglasses and all. This video homage to a very popular stunt from a ’90s Ajay Devgn starrer earned him internet fame, but also a discharge notice from his duties and a ₹5,000 fine for violating traffic rules. Set to the tune of another Devgn movie, this video is fine fan-tribute but, perhaps he sees now that COVID-19 duties and recreating movie-magic don’t really mix.