Beware of the Dreaded 'Super Bacteria'

A Finnish study found that antibiotics multiply your chances of getting colonized by bacteria that produce extended-spectrum beta-lactamase (ESBL), itself a type of intestinal bacteria that's resistant to penicillins and other antibiotics. 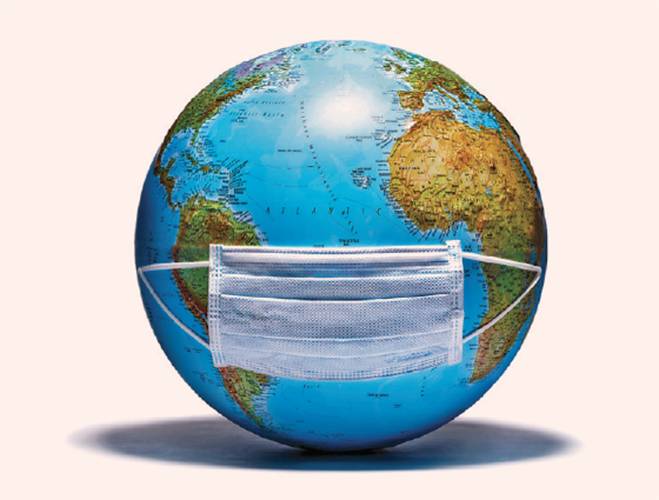 In the heat, ice really is nicer to your body

When you're exercising in warm weather, it's both the amount of  water you drink and its temperature that are important. University of Montana, USA, scientists monitored people walking briskly on a treadmill in a temperature of 31°C. During the three-hour test, they alternately refreshed themselves with ice water slurries or lukewarm water. Exercisers had to drink twice as much warm water as ice water to maintain a healthy heart rate, core body temperature and skin temperature.

Because red yeast rice (RYR) contains monacolin K-a compound chemically identical to the active ingredient in the cholesterol-lowering drug lovastatin-it has become a popular dietary supplement, taken in pill form. The good news: RYR may lower cholesterol. The bad news:  an Italian survey has found that RYR carries some of the same risks as statins, namely muscle damage and liver injury. And while a patient with a statin prescription will be under a doctor's care, RYR is usually self-prescribed. Before using RYR to combat high cholesterol, talk to your doctor and ask him or her to supervise you.

When non-aggressive cancer is discovered in the prostate, one option  is 'active surveillance' (AS). As long as the tumour stays harmless, the  patient doesn't undergo radiation or surgery-or suffer any of their side effects, which can include bladder problems and impotence. A recent study of 82,429 Swedish men showed no significant difference in the mortality rate a decade after diagnosis -between those who chose AS and those who received treatment.

Travelling abroad this summer? If you end up with dreaded traveller's diarrhoea, you may want to steer clear of taking antibiotics for it. A Finnish study found that antibiotics multiply your chances of getting colonized by bacteria that produce extended-spectrum beta-lactamase (ESBL), itself a type of intestinal bacteria that's resistant to penicillins and other antibiotics. Kids and the elderly are most at risk of getting sick from ESBL. Instead, soothe your tummy by drinking lots of water and taking antimotility medication.

How's this for some delicious health news? Researchers measured the mood and cognitive  performance of 24 people after they drank caffeine dissolved in water, cocoa, both of those substances combined, or a -placebo. The best results came from the blend: cocoa seemed to take the anxiety-producing edge off the  caffeine while supplementing its attention--enhancing powers.  Yes, the study was sponsored by Hershey, but it was a randomized  control trial, research science's gold standard, and it appeared in the peer-reviewed journal BMC  Nutrition. So drink up.

It may resemble a resealable storage bag, but this artificial womb invented by doctors at the Children's Hospital of Philadelphia, USA, could save the lives of premature babies one day. The bag contains a substitute of  amniotic fluid that ensures an oxygen- and nutrient-rich environment, and has been tested on foetal lambs. The study, according to Nature Communications, could revolutionize  how premature babies are treated,  especially those born at 23 weeks,  improve the survival rate and prevent brain damage and blindness.

-With inputs from Gagan Dhillon