Don't Be A Flake: How You Can Get Rid of Dandruff 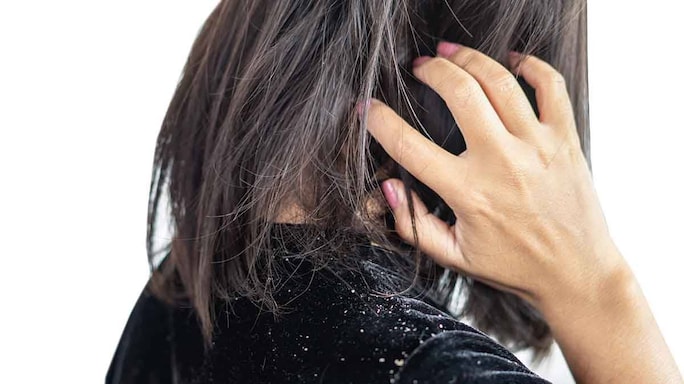 Estimates vary, but between 10 and 50 per cent of the global population develops dandruff at some point in their lifetime. Marked by an itchy, irritated scalp and the obvious flakes that come along with it you know dandruff by sight. But what is it exactly, what causes it, and what can you do to control it?

“The medical term for dandruff is seborrhoeic dermatitis, and it’s a type of inflammation of the skin that’s associated with oily or greasy scales,” says Dr Peter Vignjevic, a dermatologist in Ontario, Canada, and an assistant clinical professor of medicine at McMaster University Medical School. While it most often affects the head and scalp, it can also occur on the eyebrows, eyelashes, eyelids, on and around the nose, the ears and sometimes behind the ears, says Vignjevic.

“In India, studies have shown that dandruff is more common in men than women and it is more prevalent during winter. People in the age group of 15 to 45 years appear to be most severely and frequently affected,” says Dr Apoorva Shah, founder, Richfeel Trichology Centres and Spa Clinics across the country.

Over the last century, medical opinion has shifted regarding the reasons for seborrhoeic dermatitis, explains Dr Roderick Hay, a consultant dermatologist and professor of cutaneous infection at King’s College, London, UK. Early 20th century medicine pinpointed a fungus on the skin as the culprit, but in the 1950s and ’60s, according to Hay, “It was regarded as a proliferate disorder, a condition in which the epidermis replicates much faster, so something like psoriasis.” In the last 30 years, the fungus theory has resurfaced because doctors realized antifungal medication reduced dandruff.

The particular yeast—a kind of fungus—associated with dandruff is called Malassezia. “Our skin is covered with literally millions of bacteria,” says Hay, and for the most part, they are harmless. In some people, though, the Malassezia yeast can produce enzymes that irritate the skin by either stripping it of its natural fats or by triggering the immune system, which then develops a proactive response. “The two together are probably part and parcel of what we call dandruff,” says Hay. People who are stressed and tired are often more prone to the condition, and cold weather can aggravate dry, scaly skin, Hay adds.

“Pollution, overuse of hair products and styling equipment, irregular or imbalanced diet, improper hair care such as leaving oil in hair for days, not washing hair properly, exposure to hard water, constant use of scarves or bandanas and certain medical conditions may also lead to dandruff,” says Shah.

The first line of defence is choosing an antifungal shampoo that contains either ketoconazole or zinc pyrithione, which fight the yeast overgrowth itself. You can also use a coal tar shampoo, says Hay, which he describes as very old-fashioned, but it is a potent antifungal.

In addition, there are medicated antifungal lotions for seborrhoeic dermatitis that appears on the face and beard, says Vignjevic, which you can get over-the-counter or by prescription.

If the antifungals aren’t working, you might consider a prescription for a steroid, which addresses the inflammation the yeast triggers, says Hay. There are shampoos, creams and lotions, though long-term use of steroids can cause thinning of the skin, says Vignjevic, and therefore requires caution. A mild steroid can be applied for months, but with anything stronger you may notice stretch marks, bruising or tearing of the skin if you use it long enough, according to Vignjevic.

More appropriate might be non-steroid creams called calcineurin inhibitors—they can manage symptoms without causing thinning of the skin. “In my opinion, they’re safer for long-term use because this tends to be a long-term problem,” says Vignjevic.

Which is the trouble with dandruff—there’s no cure. Rather, you simply need to learn how best to control it.

Shah suggests you first visit a good trichologist for correct diagnosis and then follow a treatment plan. He also advises you follow these simple, everyday tips to maintain hair and scalp health:

1. Include vitamin B and zinc in your daily diet. Cut down on sugar, salt and trans-fats. Avoid processed foods and include lots of fresh fruits and veggies.

2. While showering, use tepid water to cleanse the scalp properly. Wash your hair daily or at least every alternate day using a mild shampoo, preferably with natural ingredients such as arnica, tea tree oil, witch hazel or aloe vera. Avoid using over-the-counter antifungal shampoos with ingredients such as zinc pyrithione (ZPTO), selenium sulphide and ketoconazole, without medical advice.

3. Apply a mixture of coconut oil and lemon juice to your scalp before washing hair. It helps maintain the scalp’s pH balance and also prevents yeast infection that may cause dandruff.

(With additional inputs from Mohini Mehrotra)