Beat Breast Cancer Before It's Too Late

Expert tips for prevention and cure to stall this condition 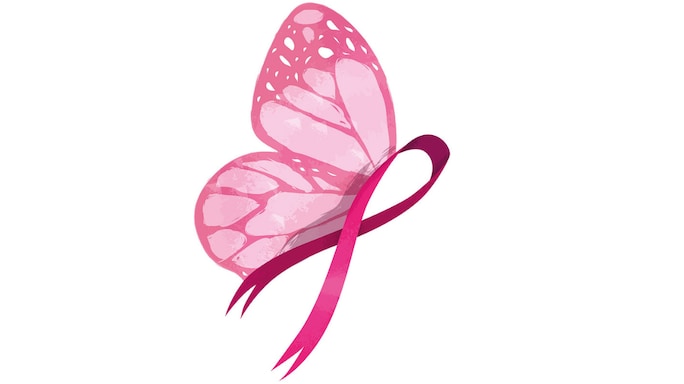 Do not ignore that painless lump: The initial stage of breast cancer is not painful. (Photo: Indiapicture)

There is a perception that breast cancer is inherited but the cause is genetic only for fewer than one in 10 women. These women often have other family members with cancer, most often breast or ovarian. For the rest, it is relatively difficult to pinpoint the cause. Lifestyle choices matter—not urban myths like deodorants or bras, but choices such as not having babies, having a first baby late in life, not breastfeeding and long-term use of hormonal medicines. Frequent alcohol intake, inadequate exercise or other bad lifestyle habits that contribute to obesity also play a part, although no single one of these is the culprit. There are other factors too: It is more common in urban women of high socio-economic status, in tall women with dense breasts [having more glandular and fibrous tissue than fatty tissues], and those experiencing late menopause. Some of these factors cannot be modified, so it’s important to seek prevention.

A self-exam of breasts is the first step. Do not ignore that painless lump: The initial stage of breast cancer is not painful. See a doctor while it’s small, and before it becomes painful. It is better to see someone to rule out the disease than to wait until it’s too late. Mammograms can identify even smaller lumps before they can be felt, but are not useful for very young women with dense breasts, where subtle changes are not captured. It is more useful for women aged 40 and above, who should get a mammogram done once every two years, even without any symptoms.

Breast cancer treatment has improved greatly in recent years. It should be a curable disease for the majority of women. I say ‘should be’ and not ‘is’ because for it to be curable, it needs to be treated when the lump is small and is only in the breast which means it hasn’t spread to the armpit glands. Surgery no longer means losing a breast; a breast conserving surgery is often enough. The removal of lymph glands from the armpit is no longer routine—we have surgical techniques, which can identify patients who may not need it. Chemotherapy has become more precise, with ‘designer’ drugs for different kinds of breast cancers. Radiotherapy is better focused and can be done faster. We’ve become much better at predicting precise treatments for patients.

Breast cancer is not a single disease—there’s a whole range of different types, maybe 20 or so, each of which responds to treatment in its own way. We are beginning to unravel the molecular genetic changes that make up each individual tumour. Doctors are starting to prescribe tests that look at the detai-led genetic make-up of a tumour, to try to predict how it is likely to behave in the long term and prescribe treatments that are likely to be most effective for it. Targeted and personalized treatment, where one type of breast cancer is likely to be treated very differently from another is gaining popularity—and all this will contribute to better outcomes and many more women being cured.

As many cases are diagnosed late, the outcome of the treatment is poor. Women usually put their families first and often don’t make choices or financial decisions for themselves. For many, the fear of losing a breast makes them hide the problem until it’s too late. With timely intervention, there is a very good chance of being cured.

—As told to Kathakoli Dasgupta