World Population Day 2020: 5 Points That Tell You Why We Need To Check The Exploding Numbers 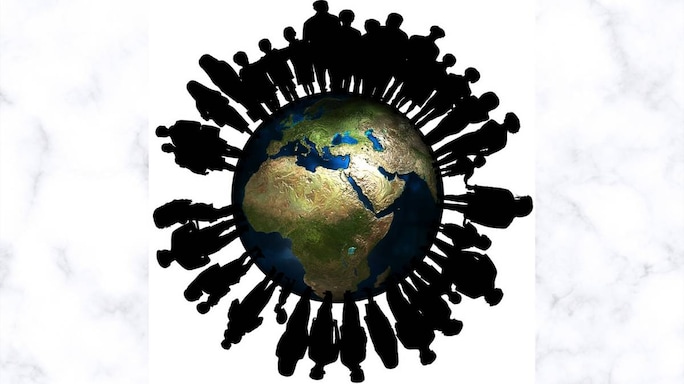 On 11 July 1987, the global population touched the 5 billion (or 500 crore) mark. To spread awareness about population-related issues, the then-Governing Council of the United Nations Development Programme in 1989 decided to observe 11 July as World Population Day. The day was first marked in 1990 across 90 countries.

The number of people living in a particular city, town or country constitutes its population. By 2050, the world population could be around 9.8 billion (or a staggering 980 crore). However, we may reach the mark even earlier, due to the health-care crisis precipitated by the coronavirus pandemic and the subsequent lockdown.

With a population of 1.3 billion or 130 crore, India is the second most populous country in the world, next to China. On World Population Day, this primer looks at the factors that affect population growth, the impact of COVID-19 crisis on population control measures and why we need to fight population explosion, sooner than later.

1. While the population size gets updated with every birth and death, environmental factors, diseases and access to food supply also play a role in determining it. “Human populations are further affected by social customs governing reproduction and by the technological developments, especially in medicine and public health, that have reduced mortality and extended the life span,” says Encyclopaedia Britannica. 3. An ever-increasing population is further pushing the unemployment rate across countries. As David E. Bloom, the Professor of Economics and Demography at Harvard T. H. Chan School of Public Health writes in a syndicated commentary, “A failure to absorb large numbers of people into productive employment could lead to mass suffering and myriad catastrophes. The continuation of extreme cross-country income inequality could deter international cooperation, stalling or even reversing globalization, despite its potential to improve everyone’s standard of living. Rapid population growth also tends to accelerate the depletion of environmental resources both locally and globally, and can permanently undermine the prospects for their recovery.”

4. An exploding population puts greater stress on limited resources. In line with the expected population size in 2050, the food production too needs to be doubled. “Food demand is expected to increase anywhere between 59 per cent to 98 per cent by 2050,” says an article on rising food demand on Harvard Business Review. As more land needs to be cleared to meet the global food demands, its ecological ramifications are real and alarming.

5. With COVID-19 accelerating a health crisis, the United Nations Population Fund (UNFPA) this year is focusing on ‘how to safeguard the health and rights of women and girls now’. According to research conducted by UNFPA, an extension of lockdown by another six months with disrupted health services could lead to 47 million or 4.7 crore women in low-and middle-income countries struggling to access modern contraceptives. This could result in 7 million or 70 lakh unintended pregnancies.