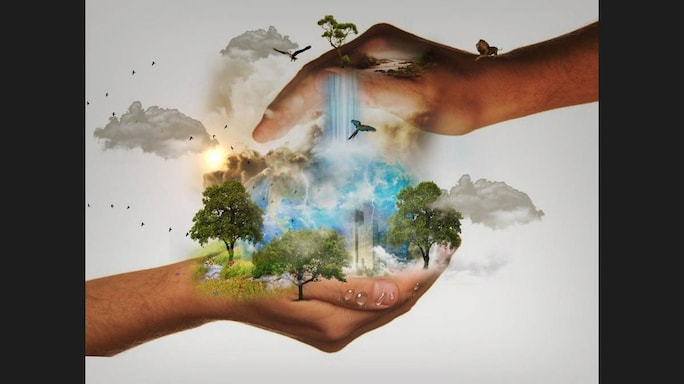 Human activity on earth has had a direct impact on nature. From raging bushfires to super cyclones, the earth has seen it all this year.

While the extent and impact of global warming and climate change are still being debated in political and scientific corridors, there is an increasing awareness on the need to conserve natural resources. The World Nature Conservation Day, celebrated every year on 28 July recognizes the importance of a healthy environment as the key to sustainable development. The day raises awareness on the importance of adopting best practices to protect our natural resources.

Here is how you can do your bit to conserve the nature:

1. Turning off lights and fans while leaving a room or shutting down gadgets and devices when not in use can check wastage of electricity. Go for energy-efficient options like LED (light-emitting diode) lights over regular incandescent bulbs. According to the US Department of Energy, energy-efficient bulbs use 25-80 per cent less energy than traditional incandescent and last 3-25 times longer.

2. You can cut down on your carbon footprint by reducing waste. This can be done by reusing and recycling items—carry your own cloth bag while shopping instead of taking a plastic bag at every shop or carry your lunch in a reusable box instead of a single-use disposable bag.You can also upcycle old items to create something trendier

3. Check your use of plastic. According to the International Union for Conservation of Nature or IUCN, more than 300 million tonnes of plastic are produced every year and at least 8 million end up in oceans, making up 80 per cent of all marine debris. Besides being harmful to marine species, plastic pollution also affects food safety, and thereby, human health. Use your regular plates instead of plastic disposable plates during meals. Don’t use plastic straws and stirrers. Avoid plastic containers for storage if you can.

4. Minimize e-waste by selling off unused or old devices,be it smartphones, tablets, laptops or, television sets. Of the 50 million tonnes of e-waste generated every year, only 20 per cent is formally recycled, says a UN report. Most of the e-waste ends up in landfills and contaminates the soil and groundwater. The e-waste which is informally recycled by hand exposes workers to carcinogenic substances such as mercury, lead and cadmium, says the report which was released in January 2019.

Take care of your devices so that they last longer and ask yourself before every purchase if you really need that phone or tablet.

5. The importance of water and its conservation cannot be stressed enough. Simple steps like turning off the taps, faucets and showers after use can save a lot of water. If your tap is dripping, fix it—or you can end up wasting up to 15 litres of water just like that.