26 July was the International Day for the Conservation of the Mangrove Ecosystem. Here, a look at their benefits and why they need to be conserved 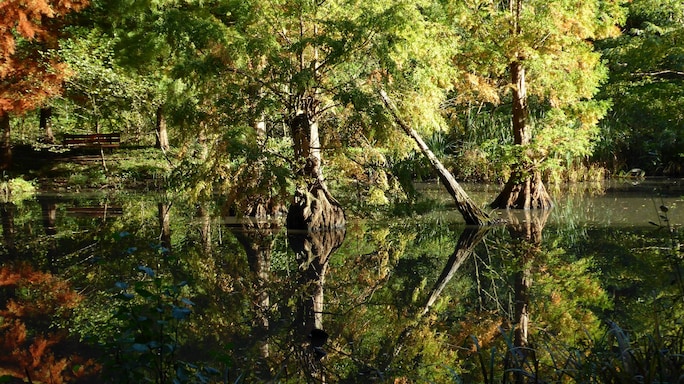 In 2009, five years after the devastating tsunami ravaged the coasts of 14 countries in and around the Indian Ocean, I was in Chennai for a study that documented the effectiveness of mangroves as bio-shields. As much as I was unprepared for the caste politics that had seemingly impaired the rehabilitation process (documented extensively in a report by Timothy Gill on ‘How Caste Blindness In Indian Post-Tsunami Disaster Recovery Exacerbated Vulnerability And Exclusion’ commissioned by Dalit Network Netherlands), I remained equally stunned by the inclusive ecosystem of mangroves that had shielded people and villages, significantly reducing the number of deaths and safeguarding communities across the globe.

Even though they may not be trending on social media, mangroves have been extensively studied for the rich ecosystems they harvest, supporting our planet and people in unique ways. According to Dr Kathiresan Kandasamy (Dean and Director of Centre Of Advanced Study In Marine Biology) the ‘Mangrove Cell’ of Government of Maharashtra has made a lot of effort to ensure mangrove conservation. "In India, the mangrove cover has increased by 181 sq. km during 2015-2017. The increased forest cover is estimated to safeguard 4.4 million people from flood damages in India and 0.94 million people in the State of Maharashtra alone," he says.

Despite all this, the Maharashtra government recently gave a go-ahead to plough through 1.4 acres of mangrove forests for the Thane-Dombivli Bridge. Furthermore, on 29 June appeals from green activists and fishing communities to the PMO resulted in NHSCRL (National High Speed Rail Corporation Limited) recalibrating the mangroves at risk as it starts working on the 508 km Mumbai-Ahmedabad bullet train project. According to the corporation, it would plant 1,60,220 new mangroves against the 32,044 mangroves that would be cut down.

In case you missed it, 26 July was the International Day for the Conservation of the Mangrove Ecosystem. Here are five reasons why you must care about these ecosystems, as much as your next beach holiday.

In the words of Dr Kandasamy, "Mangrove forests are ecologically significant and economically important. They provide ecosystem services worth at least US$1.6 billion each year and support coastal livelihoods worldwide. They protect groundwater aquifers from seepage of seawater, thereby ensuring water security for coastal population and remove coastal pollution, particularly toxic heavy metals. The potential of mangroves in carbon capture and sequestration is remarkable in mitigating the impacts of global warming and climate change."

They Are Rich In Biodiversity

They serve as the nursery, feeding and breeding grounds for crabs, prawns, molluscs, finfish (cartilaginous fish), birds, reptiles and mammals. The Pichavaram mangrove forest in Tamil Nadu, spread over 1,100 hectares has been extensively studied for its incredible biodiversity. It has been calculated that 8 tonnes of organic plant detritus per hectare, per year, is produced by the withered mangrove leaves in Pichavaram mangrove. These leaves are colonized by bacteria and fungi, which, in turn, are eaten by protozoans. All these give rise to rich particulate organic matter⁠—the source of food for several animals like crabs, worms, shrimps, small fishes which are, in turn, eaten by more than 60 species of larger fish living here. As much as 80% of the global fish catch is dependent on mangroves, thus ensuring the food security of coastal people. Mangroves also provide firewood, timber, cattle feed, honey, medicines, besides lending a hand in tourism development.

It’s Not Easy To Replant A Mangrove Forest

Mangroves hold coastlines together, giving them shape. According to Dr Kandasamy, mangrove planting efforts have largely failed, due to the death of planted seedlings. However, ‘ecological restoration’, in which right conditions are provided for the mangroves to regenerate naturally, is advised. Ecological restoration can establish the vegetation, which may grow back only partially to the original status and would take almost five years to turn into a forest.

They Are Home To Young Corals

According to a UNESCO study, coral reefs around the world are in danger of going extinct due to carbon emissions and ocean warming. A solution to this would be by planting mangroves, which have a symbiotic relationship with coral reefs. Young corals are known to grow among mangrove roots. In Biogeosciences, a team from the US Geological Survey reported that more than 30 coral species were growing among the roots of red mangroves!

By trapping river and land sediment in its roots, the filtering process of mangroves prevents harmful sediment from reaching coral reefs and seagrass meadows. This is highly significant given that nearly 2.4 billion people are estimated to be living within 100 km of the coast (according to a 2017 estimate). In fact, in a paper published by Saudamini Das and Jeffrey R. Vincent it was found that mangroves protected villages and reduced death toll during the super cyclone that struck Orissa in 1999.

Today, mangrove conservation is more valuable than ever before thanks to carbon trading. Given their enormous benefits, it's time to scale up our efforts to preserve this natural treasure even more.