Why I Learnt Swimming In My Late Thirties

My son was terrified of water. His dislike was a reflection of my own phobia, writes the author 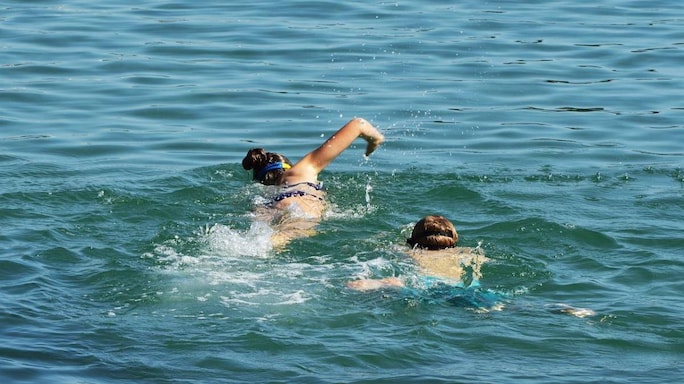 A few months ago, my 9-year-old son won his first silver at a swim meet. Watching him that day, as he calmly dived into the pool and took off with graceful strokes, it would seem that he could swim before he could walk. His dad is a former swimming champion who still swims competitively—and for fun. So surely, it must be in his genes. Wrong! Until a few years ago, he was terrified of water. It wasn’t even his fault. His dislike was in fact a reflection of my own phobia.

When I was a child, my father took me and my younger brother to the pool one summer and taught us the basics of swimming—how to stay afloat, a little kicking and some forward crawl. All that went well and soon it was time for ‘proper lessons’. A coach was hired and he agreed to do a trial round. He took us to the deep end to ‘see what we knew’ and asked us to swim across the breadth of the pool and just left us there. While my brother was quite cool about the whole thing and made it across unscathed, I, on the other hand, took an instant distaste to the task. It was my first time in such deep waters, and the bottom of the pool seemed so intimidatingly far away that I panicked. I was convinced I would drown, until miraculously, I put my hand out and touched the wall, just as I felt my lungs were about to burst from the lack of air. At that very moment, I decided that swimming wasn’t for me. I preferred having my feet firmly on the ground.

Fast forward to my thirties. I am a mother to two young boys and we are in a country where beaches and water bodies are in abundance.

My younger son had not yet started school but my older one had and swimming was compulsory in his school curriculum. I had not realized that despite being married to an ace swimmer, I had managed to pass on my anxiety to my older son. Every Wednesday—the day for the weekly swimming lesson—was a nightmare. From the previous evening, he would be anxious and teary-eyed about going to school.

I was constantly worried about keeping my children safe around water and was starting to realize that the best way to do that was to get them to learn to swim. Family trips to the pool to allay my older boy’s fears didn’t help. He chose to stay close to me and I chose to stand at the shallow end.

It was evident that my son needed professional swimming lessons to build his confidence. I felt I too needed to face my own fears and anxieties and ensure that my insecurities don’t hold back my son in any way. 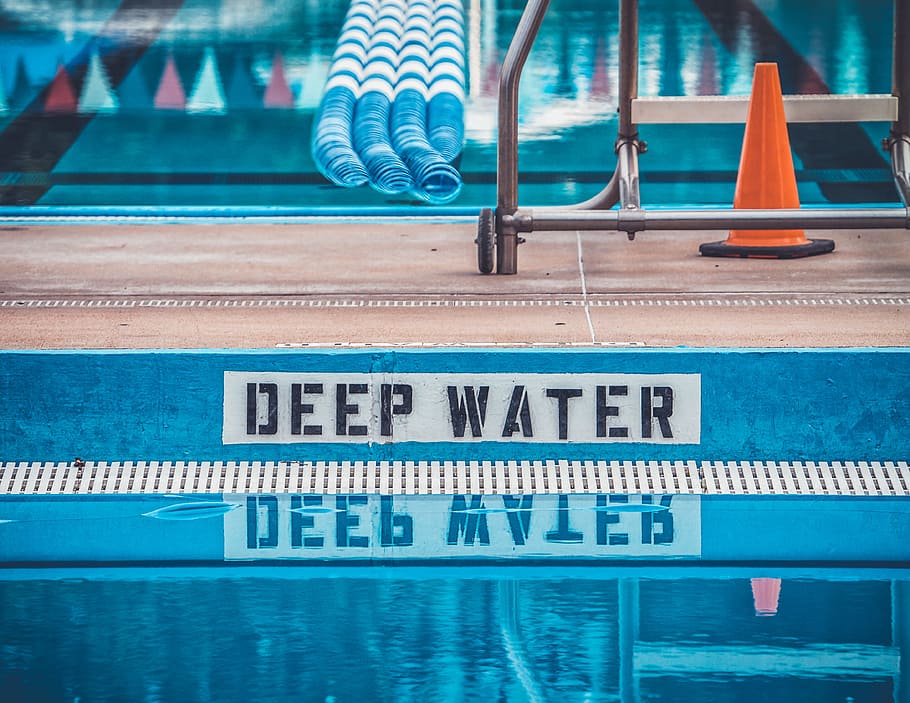 Fear of the deep end is one of the biggest fears a beginner swimmer often has to overcome. (Photo used for representative purposes only. Courtesy WallpaperFlare)

My lesson slot was scheduled before his, so he came to watch me during my first few lessons. I would like to believe that this eventually made him more receptive to taking lessons. This time round, the swimming coaches we found were not only proficient, but they were also extremely patient and knew when to hold back and when to push. Despite this, my son chose to sit outside the pool for his first two lessons. The swimming instructor reassured me that he would be fine and just needed time.

Meanwhile, he continued coming to my classes which were progressing nicely until we got to the point where my instructor felt I could now venture into the deep end, with him beside me, of course. I stayed close to the edge of the pool but my instructor then asked me to jump into the water. It may seem silly to most, but this was easily one of the most terrifying things I had ever faced. As I stood at the edge, the terrifying memory of my first encounter with the deep end surfaced and every fibre of my being screamed at me to abandon the entire venture.

But then I looked up and saw my older son watching me intently. As I caught his eye, he smiled, and I realized that I had to do it. If I didn’t, he would do the exact same thing. So, I took a deep breath, said a prayer, and stepped off the edge of the pool. I didn’t drown! I had not panicked. No one was more proud of my jump than my son and that made it completely worth it. Soon after my jump, my son stopped sitting outside the pool for his classes and got into the water.

Things were clearer after that. There was no question of ‘to jump or not to jump’. It took me close to two years to get over my fear. Now I can safely say that I am more often than not comfortable in water. The anxiety and fear have given way to a sense of empowerment and achievement. If I do have a day when I am feeling a little nervous, my son is always there to boost my confidence.