What Is Indian Food?

Turns out the answer to this is tougher than you imagine 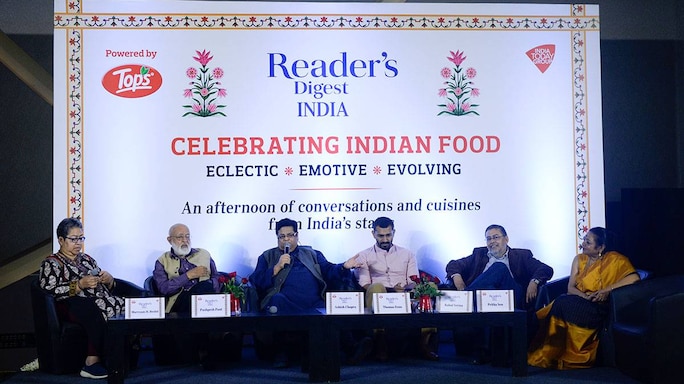 The complexities of individual cultures, cooking tools and ingredients, and the evolution and spread of food and cuisine across regions over time has made a homogeneous categorization essentially impossible. As Rahul Verma mentioned, while discussing the evolution of street food in New Delhi over three decades, “Delhi’s street food culture has changed over the years; unfortunately, it hasn’t been for the better. Kebabs have almost vanished from the streets, and the only thing people seem to be interested in, today, are momos, which isn’t even particularly specific to Delhi. Besides, these days, 5-star hotels are also catering street food to people.”

Verma attributes this change in the street food scene to a lack of appreciation of the subtleties of food and their preparation: “People in Delhi can spend money on it, but I don’t think they understand food.” Dr Pushpesh Pant also mentioned a similar decline in the quality of ghar ka khana in households across the country. He ascribes this to a lack of awareness, on our part, of the correct ingredients (or ingredient parts) and their quality, be they dals or vegetables, while preparing the dishes. Both Verma and Pant, however, agree that these ‘corruptions’ of ‘authentic’ dishes have muddled the conversation around authentic and/or traditional Indian cuisine and forced us to reconsider what the boundaries should be, in this regard. Marryam H. Reshii, while talking about the integral role of spices in Indian cuisine, highlighted how very few spices are inherently ‘Indian’. “There are probably three or four spices native to India. The rest have all come over to our nation from abroad, over the course of centuries. And yet, due to their widespread use in dishes across India, we speak of spices as if they have all belonged to our nation since times immemorial,” she said. She also mentions that more people and young chefs across the country are dipping into the past in an effort to ‘understand’ what food would have been like in the centuries gone by, in an effort to unearth our rich and diverse culinary heritage. This is especially true in the case of Mughal cuisine, she says, and chefs and restaurants are trying to recreate cuisines and foods relished by emperors Babur and Shah Jahan. “Of course, the quality of ingredients have changed from that time⁠—for instance, today’s RO and UV-ray filtered water is hardly a substitute for the water found in Mughal times. Yet, a start needs to be made to recreate such heritage, and it’s heartening to note that’s been done.” The challenges of adapting and simulating the tools and tastes of cooking from times past was also encountered by Chef Sabyasachi ‘Saby’ Gorai in his recent food curation of a Harappan kitchen and its cuisine. “The important thing to note here is that I devoted a lot of time and attention to recreating a Harappan kitchen and its tools with the material of that time. It’s completely different from a modern kitchen.” The unique taste of the foods, he said, had to be developed carefully by reproducing, in conjunction with archaeologists and by making use of carbon dating, the techniques and ingredients used in cooking back then. “For instance, water was used for cooking, the oil had to extracted from animal fat, and a lot of it depended on the pots (mostly terracota) used, when it was heated, for how long, and when the oil was poured, among other things,” he added.

Relevantly enough, Pritha Sen pointed out the problems of conflating the cuisine of an entire region with that of a single city. “For the longest time, I have had to hear that Bengali cuisine is mostly about fish and mutton. This may be true of Kolkata, but Bengal has a whole variety of vegetables that are used to make innumerable dishes, which find little mention in daily talk,” she bemoaned. The lushness and the colour of fresh vegetables, Sen said, make for incredible, delicious dishes that should be a matter of pride for the state. Furthermore, she added, it’s possible to demarcate an entire ‘food zone’ extending from Bengal to the south and even Sri Lanka, on the basis of the similar tastes of the vegetarian dishes in the whole region. Is it any surprise then that Thomas Fenn when confronted with the question of ‘What is Indian Food’ simply concluded, on his part, that it is as complicated as the notion of who an Indian is, in these times?

Do You Like This Story?
5
3
Other Stories
Please enter valid text
Must Reads
Latest Issue