What Domestic Violence Victims Can Do To Break Away

The coronavirus lockdown has left vulnerable groups trapped. But nationwide measures are in place to offer hope and a helping hand 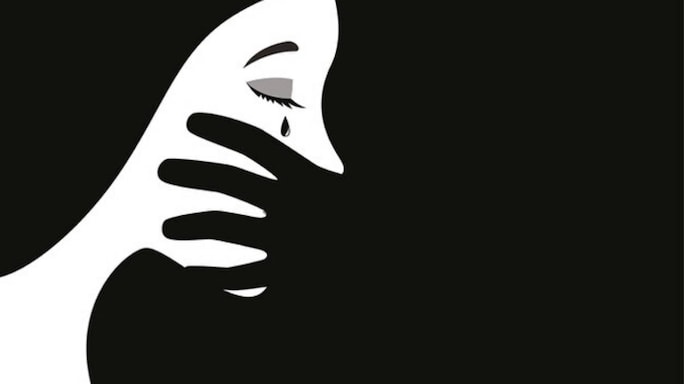 Safety of the people was at the centre of the ordinances that placed our country under a lockdown. However, for thousands of vulnerable groups, particularly women and children, it meant a danger far more immediate, and just as sinister as a deadly virus—living trapped with an abusive and violent family member with little or no means of escape.

According to the National Commission for Women (NCW), the total number of complaints received from women in distress has risen remarkably—from 396 between 27 February and 22 March to 587 between 23 March and 16 April. Of these, domestic violence complaints jumped from 123 to 239 between the same dates—a 94 per cent increase within a 25-day period. Says NCW chairperson Rekha Sharma, “It was shocking for us all, the way the numbers increased. The NCW, as well as the Ministry of Women and Child Development are working relentlessly to implement and improving upon various measures to resolve the problem.”

Mounting tensions due to confinement, increased work pressure, job losses and pay cuts, triggered fear of losing power or control in abusers. And violence seems to be an easy way for them to regain control. Adil Ali, a consultant with the NGO Jagori, a gender equality advocacy group points to communal trauma and inter-group phobias that “exacerbate existing insecurities on an individual level.” The cumulative effect of these stressors leads to a pressure-cooker effect.

Dr Prabha Chandra, professor of psychiatry at the National Institute of Mental Health and Neuro Sciences (NIMHANS) and president-elect of the International Association of Women’s Mental Health says, “During a lockdown, flight from the abuser is either impossible or extremely difficult. A fight response might escalate the violence.” The resulting mental burden is akin to post-traumatic stress disorder or worse in cases where the violence is severe and long-term.

So what can women do to combat this problem?

The first step for a woman is to find the means to protect herself. Says Bhumika Sahni, programme manager at Shakti, an NGO for women’s rights, “Having a practical and an enforceable plan of action gives women a sense of preparedness, which can offer direction and a sense of control. Learn to recognize the triggers of your abuser, the patterns that typically lead to violence. Recognize danger areas in the house, such as the kitchen or bathrooms, where there may be instruments that can cause you harm. If you have a child, explain that none of it is their fault and let them in on the plan, tactfully and clearly explaining to them that it should not be revealed to the abusive member. They should also be taught who to reach out to in an emergency as well as what constitutes an emergency. Also, keep a bag containing supplies and important documents ready and available, in case you must leave suddenly.”

B. N. Sharda, a mental-health counsellor with the NGO Parivartan, adds, “If you are trapped with no means of escape or protection with a violent abuser, protect yourself by not aggravating the situation through words and actions that can lead to greater damage and injury. Control your reactions and try to self-soothe because at that point it is not a question of who is right or wrong, but a question of safety, sometimes even a matter of life or death. The protection of children is paramount as is staying safe to remain available for them. These suggestions may not sound very fair, but they are practical considering the harsh reality of such situations.” Various NGOs are also issuing public-service messages on social media, offering advice and helplines, which can be accessed by both victims and others who wish to red-flag a case of domestic violence, without being directly involved. A trusted medical practitioner can also be invaluable since going to the hospital in case of physical injury is difficult during the Covid-19 outbreak.

Speaking out about abuse is impossible when living with one’s abuser. But it is critical that the fact of the abuse is communicated with friends, family or neighbours, so they can be ready to help if needed. “If you are not able to speak freely at home, use non-verbal signs, or code words when speaking to friends over video calls to communicate your distress. Loved ones should be sensitive to their constraints and ask yes or no questions so victims can communicate issues without alerting the abuser,” Sahni suggests.

“Women, especially from well-to-do upper class families tend to stay silent about abuse and project a happy, functional relationship. It is critical that they communicate the reality to someone and not silently endure abuse of any kind, not even once. Withholding the truth or actively hiding the abuse, mean that people who want to help may not even realise you need assistance,” says Sharma.

Outsiders often hesitate to intervene in what is termed ‘a household matter’. “This is a problem in India. You absolutely must act if you see your neighbours being abused. Anyone can call 100, (police), 181 (women’s helpline) or the NCW and other helplines, but immediate help during a violent altercation can only be given by someone physically present and close by,” Sharma adds.

While police apathy has typically proven to be a major obstacle, Sharma expresses appreciation for their responsive action during the lockdown. “I have criticized police apathy many times in the past but I must also appreciate that, at this time, the police have been very helpful in acting on emergency responses and quick intervention requests. We are in touch with the police SPs and state DGPs regarding complaints and for accountability on why certain cases are not processed.” However, it seems there is still room for improvement, both in terms of sensitivity and in prioritization such cases in a uniform way throughout the country.

“Women can call 100 for immediate relief,” says founder of Shakti, Meghana Chandra, “but the police often try to counsel or suggest counselling before filing a case.” According to Mohammad Afeef, a lawyer with Alternative Law Forum, “In some cases, they may even contact the family members or husbands to resolve the problem or issue a warning, which alerts them to the woman’s complaint. An FIR, a 498A (cognizable offence) or, failing which, an NCR (non-cognizable report) is important to file to create an official document that can act as evidence in court.”

The other option is to apply for a protection order, which mandates that the abuser must stay away or face consequences. The lockdown, however, has compromised these routes. “With courts shut and counselling services closed, women might be asked to wait till the lockdown has passed to avail these services,” says Meghana.

“The law protecting women is very strong but getting legal help is advisable since there are technical aspects which, if not followed correctly, can harm one’s case in the long run. Victims should try to compile documentation to build a case. Medico-legal certificates, wound certificates, psychologists’ reports, even electronic evidence—video and audio recordings or photographs can form part of the application for a protection order,” Afeef says.

There are still a ways to go to make India a safer country for women, but with the future uncertain and support systems running on fumes in a Covid-hit world, it is important for women to know that not all is lost and help is not as far as one may think.

Do You Like This Story?
7
3
Other Stories
Please enter valid text
Must Reads
Latest Issue