War and Peace on Melrose Hill 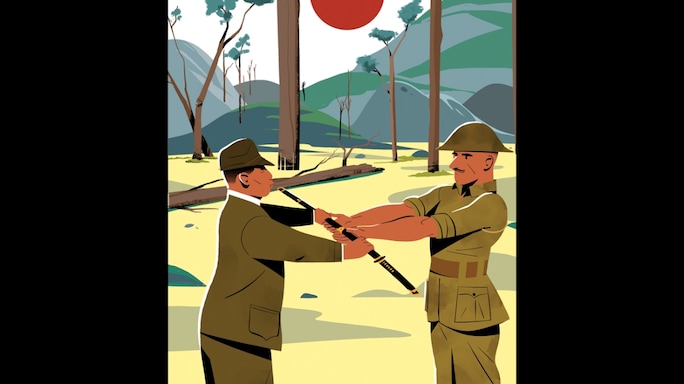 May I have a light?” I looked up to see a Japanese gentleman, about my age, standing next to me with an unlit cigarette in his hand. I reached for my lighter. We were on a train, travelling from Berne to Geneva in the autumn of 1980.

“Are you Indian?” he asked.

We began talking. He was an official at the United Nations, returning home and to his headquarters. I was scheduled to lecture at the university. He gave me some useful tips on what to see and where to eat in the city. Having exhausted our store of small talk, we fell silent. I retrieved my book, Defeat into Victory, an account of the second World War in Burma, by Field Marshal William Slim. He opened up a newspaper.

After a while, he asked, “Are you a professor of military history?”

“No,” I replied. “Just interested. My father was in Burma during the War”. “Mine too,” he said.

In December 1941, Japan invaded Burma and opened the longest land campaign of the entire war for Britain. There were two reasons for the Japanese advance: First, cutting off the overland supply route to China via the Burma Road would deprive Chiang Kai-Shek’s Nationalist Chinese armies of military equipment and pave the way for the conquest of China.

Second, possession of Burma would position them at the doorway to India, where they believed a general insurrection would be triggered against the British once their troops established themselves within reach of Calcutta. Entering Burma from Thailand, the Japanese quickly captured Rangoon in 1942, severing the Burma Road at its source and denying the Chinese of their only convenient supply base and port of entry.

Winning battle after battle, they forced the Allied forces to retreat into India. The situation was bleak. The British were heavily committed to the war in Europe and lacked the resources and organization to recapture Burma. However, they soon got their act together. The High Command was overhauled: Field Marshal Sir Archibald Wavell was replaced by Lord Louis Mountbatten and operational control was given to General William Slim, a brilliant officer who forged the famous 14th Army—an efficient combat force made up of British, Indians and Africans. The Japanese, aware that the defenders were gathering strength, resolved to end the campaign with a bold thrust into India and a simultaneous attack in Burma’s Arakan peninsula.

It was in the ebb and flow of these larger events that my father, a soldier, played a part—first in Kohima, clearing the Japanese from the Naga Hills, then in Imphal and, finally, here, in the forested mountains of Kangaw. 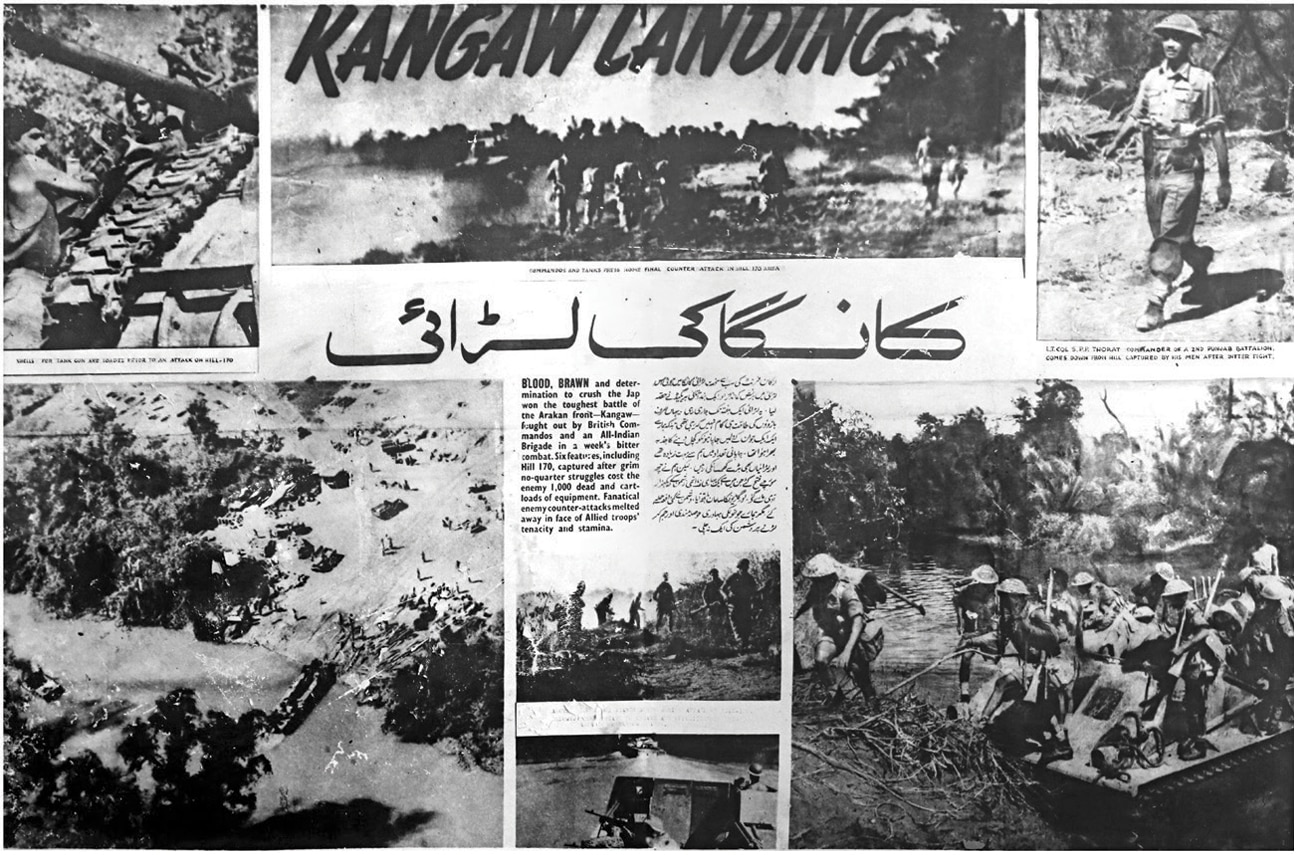 War poster detailing the events of the Allied campaign in Kangaw, Burma. The Burma campaign was the longest fought by the British Army during the Second World War. Photo courtesy of the author

In 1945, amidst the blinding monsoon rains, Supreme Allied Commander Mountbatten’s plane landed at Maungdaw where the All-India Brigade, of which his regiment was a part, was headquartered. My father and two other commanders—K. S. Thimayya and L. P. Sen—were introduced to Mountbatten, who made casual but searching enquiries regarding their war experience.

After a long meeting, the group emerged from the conference tent and Mountbatten turned to Reggie Hutton, the Brigade commander and said, “All right, Reggie! Let your All-Indian Brigade do it. But, by God, it’s going to be tough.” Turning to the three commanders, he said, “Gentlemen, the Japanese are pulling out of Upper Burma. You have been chosen to intercept their withdrawal from there into the South. You will concentrate at Akyab, proceed to Myebon by sea, capture Kangaw, penetrate Japanese-held territory and convert their retreat into a rout. Is that clear?” It was.

My Japanese friend, who had been listening intently, leaned forward and asked, “Did you say your father was in the All-India Brigade?”

Our conversation paused as the waiter served coffee and croissants. Later, he persisted, “Was he a junior officer at the time?”

As he digested the information, his face seemed to blanch. It was perhaps a play of light or just my imagination, but I thought he was going to be ill.

He nodded. “Please carry on.”

After marching through hostile territory against stiff opposition, the Punjab troops finally landed at Myebon. They proceeded to Kangaw, not knowing that 48 hours later they would be locked in a battle that was to last a fortnight and claim the lives of thousands.

The Japanese withdrawal route was dominated by Hill Feature 170, dubbed ‘Melrose’, an elevated terrain that gave the men holding it an enormous tactical advantage. Moreover, intelligence reports claimed they had two brigades whereas the Indians had one. Brigadier Hutton realized that to achieve their mission of stopping the enemy’s withdrawal, the hill would have to be captured despite the odds. He made the call.

The first attack by the Hyderabadis under Thimayya mauled the enemy but did not achieve the objective. The second by the Baluchis under Sen met a similar fate. It was then that Hutton asked my father and the Punjabis under his command to make a final effort. Artillery and air support was coordinated. The attack was set at 0700 hours on 29 January 1945. At dawn, as the leading companies moved forward, the Japanese opened machine-gun fire. As artillery provided cover and laid out a smokescreen, the Punjabis began to climb the hill. Ensconced in well-dug bunkers, the Japanese rained fire on the climbing party. Air cover, a key part of the plan, failed to materialize—bad weather and bad luck. The Indian casualties mounted.Taking a calculated risk, the commander pushed on. They were hardly 91 metres from the top when the Japanese threw everything they had at them. In the face of such unrestrained ferocity, the advance began to falter, hovering uncertainly on the edge of retreat. It was the moment of truth—fight or flee?

As he watched his men being mowed down by heavy fire, a rage erupted within the commander. Throwing caution to the winds, he ran ahead to stand with the troops. His presence seemed to tip the scales—the soldiers rallied, ‘fixed’ bayonets and charged into the Japanese, shouting obscenities and primeval war cries. Fierce hand-to-hand combat ensued. Neither side took or gave quarter. The conflict continued unabated through the night. The Japanese counter-attacked in wave after wave, but the Indian line held firm. Then, the last bullet was fired and there was silence. Many years later, Mountbatten would describe what took place as “the bloodiest battle of the Arakan”, and rightly so. Around two thousand Japanese and 800 Indians lay dead in the course of that single encounter. The battalion commander would be decorated with the DSO for “unflinching devotion to duty and personal bravery”. But that was far into the future.

At that moment, on the field of battle, the triumphant chief looked over the captured Japanese, assembled, as soldiers do, neatly and in order. On seeing the Indian commander, their leader called his men to attention, stepped forward, saluted, unbuckled his sword, held it out with both hands and bowed. The Indian was startled to see his enemy’s face streaked with tears. He understood the pain of defeat, but tears? After all, this was war—one or the other side had to lose.

What the Japanese could not explain was that his tears were not of grief but of shame. How could he make him understand what it meant to be Samurai? Given a choice he would have preferred the nobler course of hara-kiri (taking one’s own life) than surrender, but fate willed otherwise. The ancestral sword in his hands had been carried with pride by his forefathers. Now he was shaming them by handing it over.

All this was unknown—unknowable—to the Indian commander. And yet there was something in the manner and bearing of the defeated officer in front of him which moved him deeply. He felt that the moment was not merely solemn but deeply personal, even sacred.

He reached out to receive the sword, and then, inexplicably—compelled by an emotion which perhaps only a soldier can feel for a worthy opponent—stepped forward and spoke clearly and loudly for everyone to hear: “Colonel, I accept your surrender, but I receive your sword, not as a token of defeat, but as a gift from one soldier to another.” The Japanese leader looked up, his face lit up with surprise and unspoken gratitude for the remark that redeemed his honour.

The Punjabi soldiers—Hindus and Muslims—nodded in appreciation. Battle was battle. When it was on, each fought the other with all their strength. Now that it was over, they were all simply men—there was no personal or national animosity. Maybe the gods who look after soldiers are different from those who guide other mortals, for they bind them in strange webs of understanding and codes of honour that persist no matter what flags they fly.

The moment passed. The success signal was fired. Far away in the jungles below, Brigadier Hutton watched the three red lights in the sky and smiled. He would later explain that at stake that night was not only the battle mission itself, but the larger issue of whether Indians ‘had it in them’ to lead men in war. Sceptics felt his faith was misplaced, but the day’s victory offered vindication.

Japanese flags like this one were often brought back home as souvenirs by the victors after close-combat encounters.

The story ended, I looked out of my compartment window, lost in thought when I heard a choking sound. My Japanese friend had broken down. He swayed from side to side, his eyes closed, clearly in the grip of an emotion more powerful than he could control. He kept saying “Karma, karma,” and muttering to himself in his own language. After a while, he looked up and held both my hands. “It was my father who battled yours on Melrose. It was he who surrendered. Had your father not understood the depth of his feelings, he would have come back and died of shame. But in accepting our ancestral sword in the manner he did, he restored honour to my father and to our family. That makes us brothers—you and I.”

When the train pulled into Geneva station, we stepped off on to the platform and bid farewell. “Goodbye,” I said. “Keep in touch. Incidentally, would you like me to restore the sword back to your family?” He smiled and said, “Certainly not. The sword already rests in the house of a Samurai.”

That was the last I saw of him. 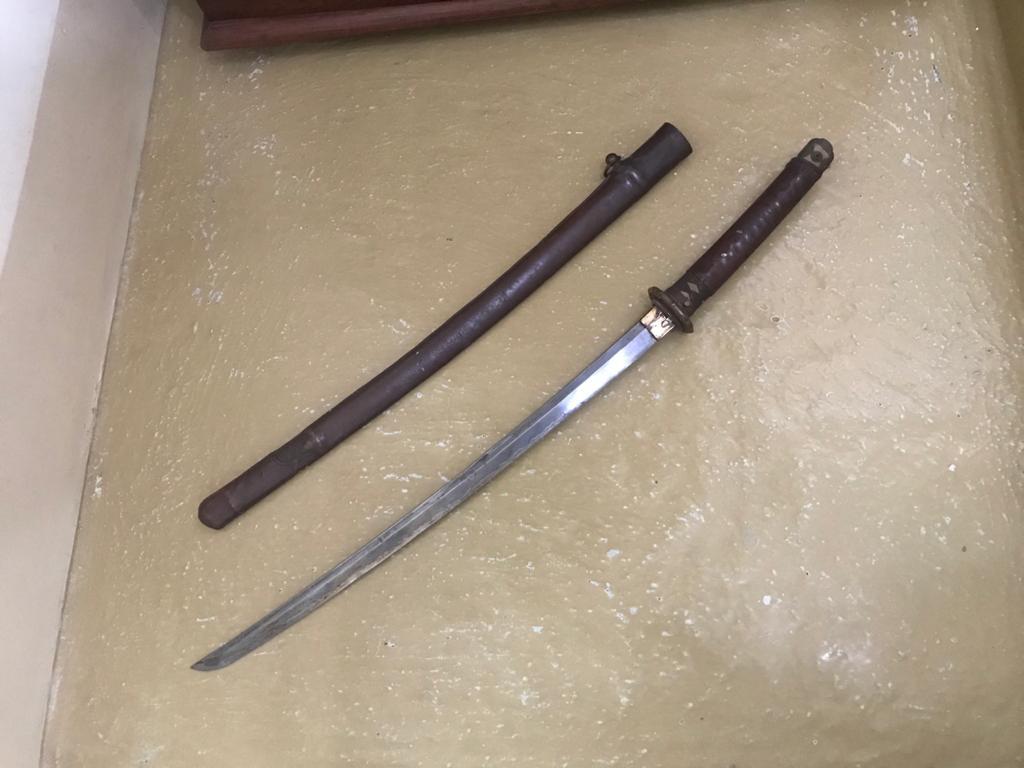 Usha, my wife, says the probability of our meeting defies statistics. She should know, having studied economics and statistics. That both our fathers joined the army during a World War and fought in Burma was perhaps understandable; that they were present in the same specific battle—difficult but believable. They returned to their families—plausible. But that their sons grew up in two different lands, happened to go to Berne at the same time, board the same train, share the same compartment, and discover a connection from four decades ago—that undoubtedly is insane.

Personally, I do not believe in predestination and yet, at times, I am not so sure. The sword has a pride of place in our home. Now, whenever I see it, my mind enters the jungles of Arakan, where in the midst of the madness of war, two soldiers entered the heat and fury of battle and emerged on to a common ground where respect and humanity won the day.

Do You Like This Story?
18
1
Other Stories
Please enter valid text
corona updates
Must Reads
Latest Issue