What Freedom Means to Young India

In an age of intolerance and unreason, 15 brave voices on why freedom is necessary and what it really means to them. 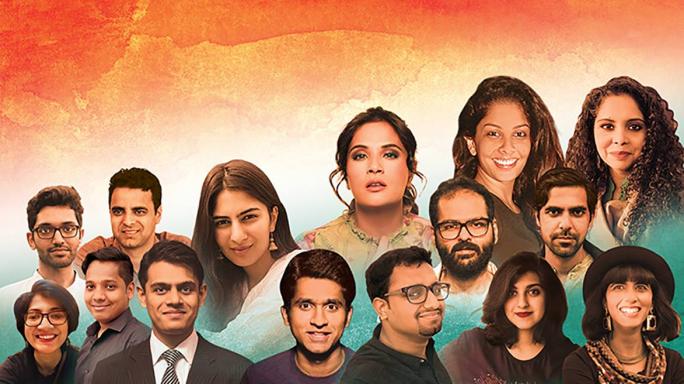 As India struggles to contain mob lynchings and propaganda masked as news, our democratic and secular values are at risk. We turned to a cross section of India's youth to understand what freedom means to them. Their answers trace a familiar pattern of the yearning for right to free thought and expression. We hope that the young take back their country, and restore sanity where there is none. Until then, let these powerful voices weave a powerful story of hope.

There is only one kind of freedom that matters: mental freedom. There is no point in moving from place to place if you carry your fear with you. This fear can come from many sources, but today, I believe, it comes from an excessive surveillance of our thoughts and feelings---surveillance that is perpetuated by social media. How to speak when there is a risk that a mob will form and shout you down? When your words may be held against you for eternity? Freedom in this case means freedom from shame. I dislike Donald Trump but see that he has made himself immune to shame; you can hurt him, but not for long. On this Independence Day, therefore, I hope for a similar strength for the good and the moral individuals among us---freedom from the pointless voices of others who seek to undo your confidence. To be free you must be free to make mistakes.

Freedom to me is to speak my mind without fear of being labelled, judged or boxed in the various identities created for me. Freedom to me is not having to worry about being a journalist, a woman, a Muslim, a critic before I write my next report, column, tweet or post. Freedom to me is calling out the hypocrisy, doublespeak and bigotry of the state without being threatened with rape, death or character assassination.

Freedom, to me, is the ability to move my family to a better locality and improve their lifestyle. I want to be financially capable of giving them everything---a better and bigger house, a clean and peaceful environment and the freedom to dream. My younger brother is good at sports; I want to make him a sportsman. I want the freedom to improve my circumstances so that my 'status' is not something people deride. The independence to rise above my current situation is my biggest need and dream.

I write and perform to express oneness with a cause, to dissent, to rage, to share, to acknowledge fear, to fight fear, to hear others and to speak to others, to relay lived narratives, to have a voice that isn't muffled or silenced for standing up to oppressive forces. To create art and to just ... be.

Freedom to maintain my personal and professional integrity is a guaranteed right under the Constitution. To persevere despite being sexually harassed or discriminated against, is a task. Facing emotionally and mentally exhausting hurdles, without access to effective legal support, is a reflection of the lives lived by many under the warm blanket of 'freedom'. I would like freedom to mean more. I would like there to be an onus on those forming the pillars of democracy.

Breathing in freedom is more complicated than the mechanical method of subsisting, and is a metaphor that defines our meaningful existence. It is a struggle to destroy 'cultures of castes', which deny freedom and crystallize in various forms of oppression in India. Be it the unfreedom to critique, eat, wear, live, marry, have sex, choose a partner, love and of course, breathe, 'cultures of castes' thus deny Dalits, Adivasis and the marginalized an identity of a freedom holder.

To hold a freedom then is the absence of terror to express and exist in any form without being lynched, shot, raped, branded a terrorist in the name of caste. To realize and experience freedom and rights envisaged in the Constitution, the edifice of the cultural fabric of society must be annihilated, if not changed, in an Ambedkarian sense. The target of this renaissance will be to destroy 'cultures of castes' and embrace a 'culture of castelessness', human dignity and freedom as its pre-emptive norms.

Uninhibited access to what is rightfully one's own-be it justice, access to resources or simply a chance to lead a dignified life without discrimination and inequality---this is freedom. As long as we are silenced by those whose voices are louder than ours, we are not truly free. The day the feeblest voice manages to make itself heard is the day we may consider ourselves to be free at all.

Freedom for me means having the right to express my ideas freely and to be able to challenge the State's suppression of expression. It also means the freedom to challenge non-State actors, and not getting in trouble for calling a spade a spade. However, in reality, no such freedoms exist. The government has put a ban on DAVP advertisements to our newspaper, Rising Kashmir, for the past 10 years for reporting truth from Kashmir-the truth it does not want to hear. Similarly, the brutal killing of our founding editor, Shujaat Bukhari, has shown us how cautiously journalists need to tread the path of freedom of expression in conflict zones such as Kashmir, lest they get bumped off.

Where elected  representatives support those accused of raping and murdering a child; where fathers seeking justice for their daughters are killed by police; where farmers die for us for 20 years and march with flayed feet and eat rats to voice their situation while we Zomato and Swiggy our way through life; where young lads are lynched because of what they eat; where students and academics are persecuted and jailed; where women are systematically oppressed and kept down; where the idea of consent is neither respected nor recognized; where journalists are shot; where I live, and love (with some difficulty); where I realize every day that freedom means being part of the charmed one per cent and if you think this country is free, that, right there, is your privilege.

My notion of freedom, broadly, is similar to Tagore's 'Where the mind is without fear'. In a narrower sense, it also implies absence of imposed restrictions. Freedom for a student is opting to do whatever course she desires without restrictions, for a girl it should mean breaking patriarchal stereotypes and for a citizen it should mean the right to a dignified life. [Harold] Laski says, and I agree, that freedom is an avenue for development of one's personality.

Freedom in the 21st century, for me, takes the shape of a more complete democracy, something that goes beyond the outer forms of institutions and nomenclatures and takes root more fully in the very DNA of our society. It is freedom, therefore, from the enduring tyrannies of caste, where those who have escaped it must not blind themselves to those who have not. It is freedom for women from second-class status. It is freedom for even a "miniscule minority", as our courts earlier described the LGBT community, to enjoy, by right, what is theirs even if they do not constitute sensational numbers. And, beyond everything, freedom is the right to think, no matter the howls of the unthinking mob on the street.

To me, freedom means the ability to pursue what I want and having the privilege to choose the career I want without holding back. In this business, I gradually see things improving. But there's still a long way to go to address the issues of gender discrimination, ageism, sexism and pay disparity. People before us have fought for the freedom that we now have, for hundreds of years. I see myself as a crusader to make the world a better place for women who want to break the mould. One has to consistently work for freedom. It may not happen in my lifetime, but it will happen.

Freedom as a comedian is the access and privilege to afford a safe space like our live shows. To be able to go on stage and engage with an audience on your views and politics for 90 minutes. It comes with a great responsibility to be self-aware and open to all kinds of feedback from every single show. It's not just about the laughs. It is a transaction. To be able to afford that at no cost is a privilege.

I must confess I don't really know what freedom means and often wonder if one could be entirely free. A year ago, when I decided to quit my job and go freelance, I wondered if it could give me the freedom I wanted. Admittedly, I do enjoy some kind of freedom now but, for instance, monetarily I am not free at all. One could never be free in the truest sense. When you walk out of something because there is that lack of freedom and find something more worthwhile, that too comes with its set of struggles.

Freedom for me is different things; sometimes it's merely the next eight hours after the last exam or the ability to make my own decisions and mistakes and learn from them. However, at the point where we are as a nation, it's important we keep questioning and talking about the idea of freedom and what it means to us. Right now, as a country, we need freedom from the fascist forces driving the country to the ground.

Social media has made every person who is anti-establishment just as accountable as the Prime Minister, while derailing the conversation about the PM's accountability. Absolute freedom of speech in India is like the popular superstition of the ghost in a white sari with feet turned inwards: Some claim to have seen it, some even boast of having interacted with it, but mostly it seems like a rumour because, to be honest, I'm not sure it does. You have absolute freedom only if you work in the IT cell of the ruling dispensation. Otherwise just take a hike. Yes, there's freedom on paper, just like the BMC is supposed to fix the roads of Mumbai, but that's not how it's done, right?

Earlier I thought in two brackets---what is funny and what is not, but no longer. Social media does not give a flip about the law. You're in the court of public opinion where there is an army whose job is to make sure that public opinion is against you. That's when you have to be extra cautious---think hard before putting something up. The greatest things about social media and the freedom it afforded were instinct and spontaneity. The current environment kills both.