Unapologetically Indian: The Weird, Wacky And Wayward Ways That Define Us In these strange, troubled times, what we all crave is something familiar, something constant—something that will not change, however much the world around us might. And the answer to this is, literally, within ourselves. Indians won’t change. We won’t change. It’s time to take another look at our eccentricities and oddities, all those special features, even the ones that embarrass and irritate us, that make us unapologetically Indian.

There are so many things about this country that we don’t appreciate until we are far away. You learn to truly value a lot of the little expressions of large-scale cohabitation only when they’re not around you any more—the neighbourhood dog-feeder, the water-sharing neighbour, the people who appear out of nowhere to offer help and shelter when emergencies appear. We are a people who are taught fairly early in life that you’ll have to build your own support systems, because no external benevolent authority is going to look after you—so whether we evolve or not, we learn how to survive.

We often celebrate Indian improvisations and innovations as ‘jugaad’, voluntarily overlooking the fact that they become necessary because people get desperate, because systems don’t work. But, strangely, our acceptance of non-working systems has prepared us for the interesting times the world is heading towards. What can anything throw towards Indians that we haven’t dealt with since childhood?

Are you concerned about privacy breaches and data theft? Most Indians have never known what privacy is—and what is data theft in a country where perfect strangers, meeting you for the first time, feel free to ask you how much rent you pay, how much you earn at work, how much you weigh, and when on earth you’re planning to get married, or if you’re already married, when you’re planning to have a child, or the next one. Human interaction in our country is already an endless episode of Kaun Banega Crorepati where the whole audience is the quizmaster.

Climate change? We face weather disasters every year, which governments have no intention of helping with. Surveillance? The Americans need to invest billions of dollars to spy on their citizens, and the Chinese need to build incredibly dystopian systems of human management. Here in India, we do it all manually—what surveillance can you be scared of if you have grown up in an Indian family? What draconian social regression have we not already had defended to us by an older family member? We don’t need to build location-based apps to find romance—location-based aunties will find you partners, often in the face of your active resistance. Our offline human networks have a speed, range and reliability that no telecom giant can match. 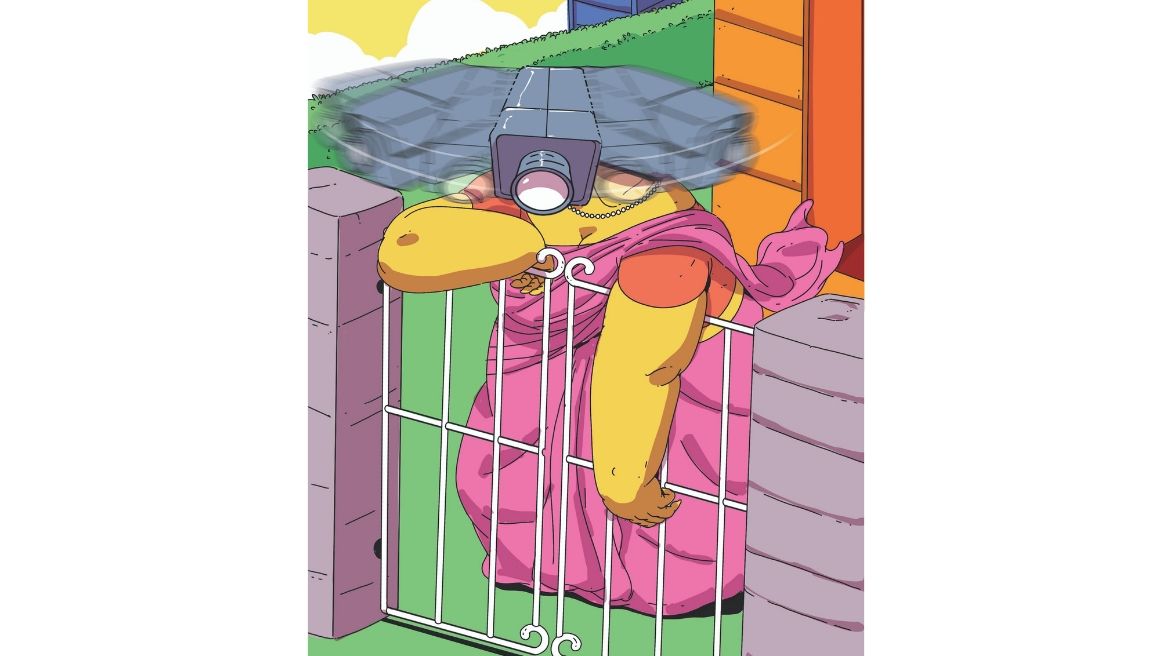 The threat of automation and large-scale job loss? Indians are unfazed—already there are no jobs, and we are confident the machines won’t work. Pollution and water shortage? Please. We are already able to ignore the world’s worst air and days of no water supply while we send each other Good Morning WhatsApps. Whenever the apocalypse arrives, whatever form it takes, our centuries of training in ignoring harsh realities around us will enable us to not really notice the world has ended—and make rude comments about people who Mark Themselves Safe online afterwards. What if we started seeing various inescapable Indian traits as incredibly woke trends?

What if refusal to stand in queues was a landmark protest against global socio-political heirarchies? What if going into swimming pools in nighties and banians was actually a statement against body shaming, the size-zero fad, artificial trends of corporate-enforced beauty and the global swimwear mafia? What if Hyderabad’s Visa Balaji temple and Jalandhar’s Hawaijahaj (aeroplane) Gurdwara are massive crowdsourced public art projects mocking Western imperialism and anti-immigration hegemonies worldwide? Did we invent influencers with our godmen, blockchain with our dabbawalas, and search-engine optimization with our astrologers?

If I were in charge of a history-rewriting project, I would place Indians in key moments of history that would add both great weight and much authenticity to our ‘Indians invented everything’ arguments. I would talk about how Columbus, upon sailing to find India, actually found it, but was given wrong directions at the coast and sent to America. How Neil Armstrong, upon landing on the moon, met a group of lost Indian tourists, who looked at his lunar vehicle and asked him how many kilometres it ran per litre. How years before Copernicus, Indian astrologers had already mapped the galaxy in a dosa. How Alexander accidentally crashed a north-Indian wedding and decided to go back home because it was just too crazy—how he gathered his troops together one last time, and told them: Тие се вакви само. They are like this only.

Do You Like This Story?
10
2
Other Stories
Please enter valid text
Must Reads
Latest Issue