Turning To Anthony Bourdain In The Face Of Uncertainty

In a world that feels scattered and riddled with loss, a writer seeks comfort, in the wisdom of the late food-and-travel documentarian The Belgian psychotherapist and New York Times bestselling author Esther Perel describes our current emotional state as a "growing sense of grief ... for the loss of normalcy ... for the world that they’ve known ... for a future that they thought they could imagine and that they currently can’t." For me, this bereavement is connected to a man, whose wisdom has shaped my sensibilities towards the world, shining a light on misunderstood places, marginalized communities and destinations falling off the map. I wonder what chef, author, globetrotting-Emmy-winning TV presenter, Anthony Bourdain would have made of these strange times.

When he passed away in 2018, I lacked the vocabulary to express how I felt. Today, as travel becomes tethered to the throwback zone, I feel his absence anew. Bourdain brings the world to our home in a way no other travel show can: I discover something new about the globe and my place in it. I feel connected to far-flung places that I may never be able to visit. He often strayed from the careful manipulations of mainstream TV: Choosing places that were intensely mapped yet maddeningly obscure, Bourdain armed himself with willing taste buds, a sense of humour and a mission to unpack stereotypes. He picked places that many travel channels did not have the appetite for—think Libya, Congo and Madagascar—places with harsh pasts and uncomfortable presents. He always acknowledged the reality of a place, but traded in the cliched prisms of violence and poverty for the magic of the everyday and the mundane, putting our privilege into firm perspective.

Among the 7,000 islands in the Philippine archipelago, for example, Bourdain turns his lens on a Filipino nanny to tell the story of overseas workers, separated from their offspring and raising the children of American families. In Libya's version of KFC—Uncle Kentaki—he chats with a young boy who explains that his reason for answering the call of revolution is so he can have a fast-food sandwich—a freedom worth fighting for. Even when he visited Hawaii, his search was for the complexities of ‘paradise’ and not the picture-perfect veneer of a travel website's landing page.

Exploring cultures by taking a seat at as many foreign tables as possible, Bourdain taught me never to be afraid of a bad meal. In return for his culinary curiosity, people offered their confidences. His dining companions have included Hezbollah supporters, communist functionaries, construction workers, food bloggers, coal miners, Christian militia leaders and even filmmakers like Francis Ford Coppola. Unafraid of nuance, he did not fear engaging with dogma or telling it like it is. He was not scared of ‘pissing people off’. 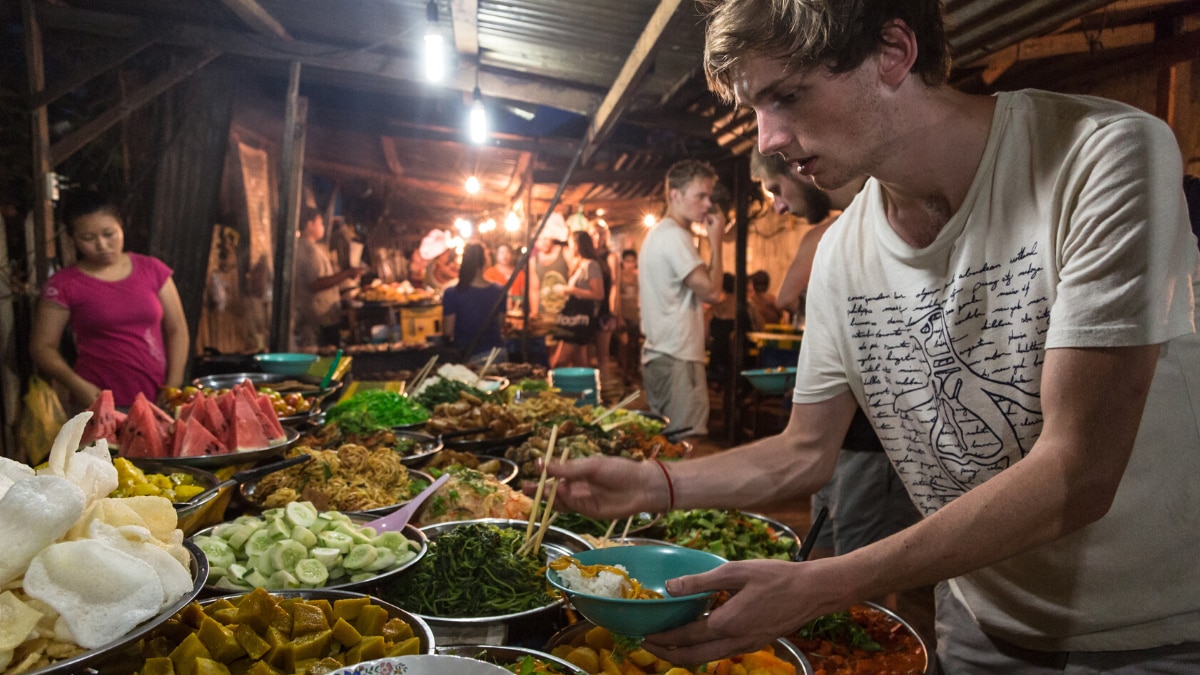 Bourdain also taught me to never pass up the chance to drink with the locals and to always stick around for one more beer. Many an idle bar-room conversation led him to explore new places and learn everything there is to know about an area from the locals. More than a foodie or a journalist, Bourdain was a storyteller whose modus operandi was to accept random acts of hospitality without judgement. He believed that rejecting someone's food is like rejecting the person. Simple questions like What makes you happy? What do you like to eat? Where do you go to get a few drinks? What do you miss about the place when you go away? elicited the most astonishing answers. His words belatedly counter the xenophobia that laces travel conversations today. Thanks to him, I evolved from being a traveller with an improbable bucket list to a person who doesn’t believe in writing off places.

A line from Joseph Conrad’s Heart of Darkness—a book he references often—rings true: “Like a flash of lightning between clouds, we live in the flicker.” I hope that in the post-pandemic world, travellers learn to peel away the veneer of places and commit to bearing witness to their bone-deep scars and their forlorn beauty. Bourdain’s curiosity, humility, and empathy offer a field-guide to this world, wreathed as it is in a fog of suspicion and uncertainty.