The Women Who Ruled India: Five Tales of Bravery, Resilience and Defiance

A look at five courageous Indian women who have, over the centuries, overcome the greatest odds to become rulers and administrators When scouring through the history of India one tends to come across the achievements of mostly men, while having to hunt more to unearth the feats of women. This isn't only due to the fact that women tend to be denied access to power—the stories of women who fought their circumstances against all odds are often buried. These are remarkable stories of resilience and defiance that deserve to be told, heard and shared.

Raziya Sultan was one of two children born of Shamsuddin Iltutmish, who became the sultan of Delhi in 1211 CE, and his chief consort Qutb Begum, daughter of the previous sultan Qutubuddin Aibak’s daughter. Her brother Nasiruddin Mahmud was the heir apparent, but died suddenly. Of his other sons borne by different women, Iltutmish found none worthy to be his successor and instead chose Raziya to inherit the throne in 1231.

When he died, the nobles—unwilling to accept a woman’s rule—defied the sultan’s decision and crowned Iltutmish’s son Ruknuddin Firuz. Ruknuddin turned out to be a terrible ruler who squandered the kingdom’s resources. His mother Shah Turkan, once a slave of Iltutmish, was now free to exact revenge on all those she felt had wronged her, condemning several to death. Terrorized by mother and son, the people of Delhi, who looked to Raziya as their true ruler, and several nobles, rebelled. When Shah Turkan conspired and killed the young prince, Kutb ud din, Raziya announced the murder to the citizens from the palace terrace. Auditors seized Ruknuddin and brought him to Raziya, who declared, ‘The slayer must be slain.’

Raziya then took control as sultan, and was by all accounts a benevolent leader. She refused to be addressed as sultana because the word meant ‘wife of a sultan’. 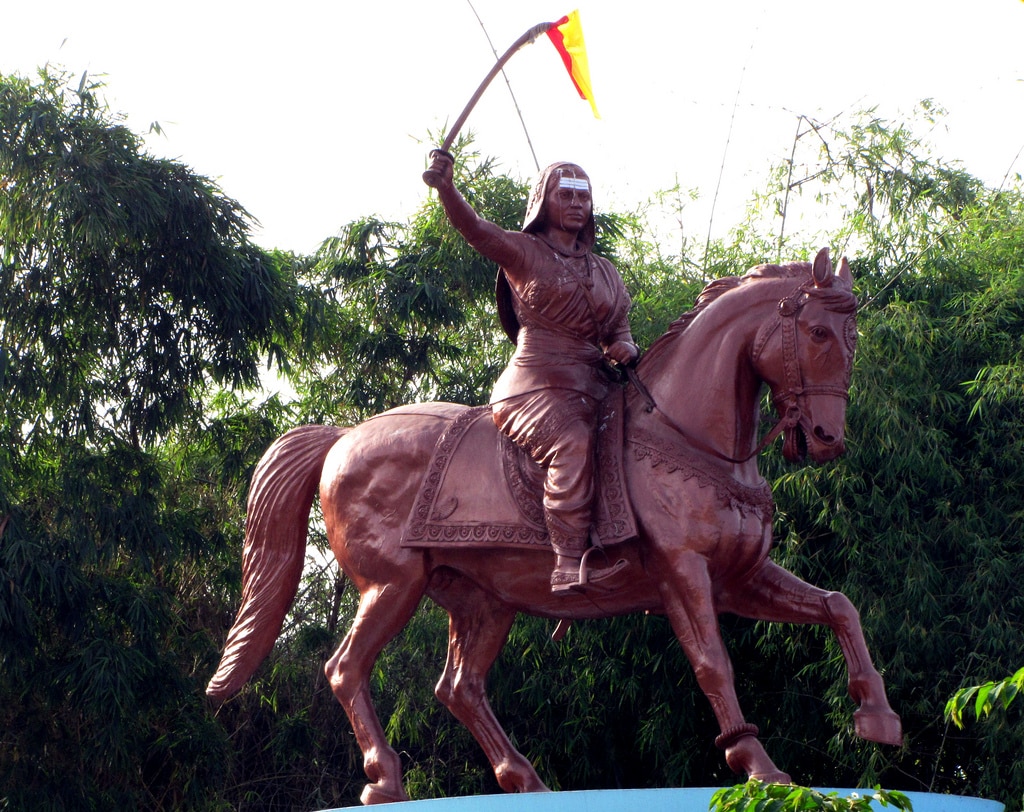 A statue of Rani Chennamma

In 1664, Somesekara Nayak became the ruler of Keladi, in Karnataka. At a fair, his eye fell upon the young Chenamma, the daughter of a Lingayat merchant. He overruled the objections of his ministers who were horrified at his choice and he married her regardless. She received a royal education in politics and began to involve herself in administration. When the king gradually fell fatally ill as a result of being drugged by Bharame Mahut (the stepfather of one of the king’s royal mistresses), Chennamma maintained order with the help of the court ministers, chief amongst whom was Thimanna Naik.

The sultan of neighbouring Bijapur saw this as an opportune moment to conquer the kingdom. The queen, bereaved and overwhelmed by the king’s death, secretly left with her troops for Bhuvanagiri, a fort hidden in the jungles of Keladi. There she was joined by Thimanna Naik, who helped her repel the Bijapur forces. She was crowned ruler in her own right in 1671.

Once, when Shivaji’s 19-year-old son Rajaram asked Chenamma for shelter from Aurangzeb and his forces, the Rani aided him, leaving her ministers aghast. Aurangzeb’s army made its way to Keladi but were harrowed by relentless rains and guerrilla attacks by the Rani’s forces. Aurangzeb called Chenamma a ‘female bear’. 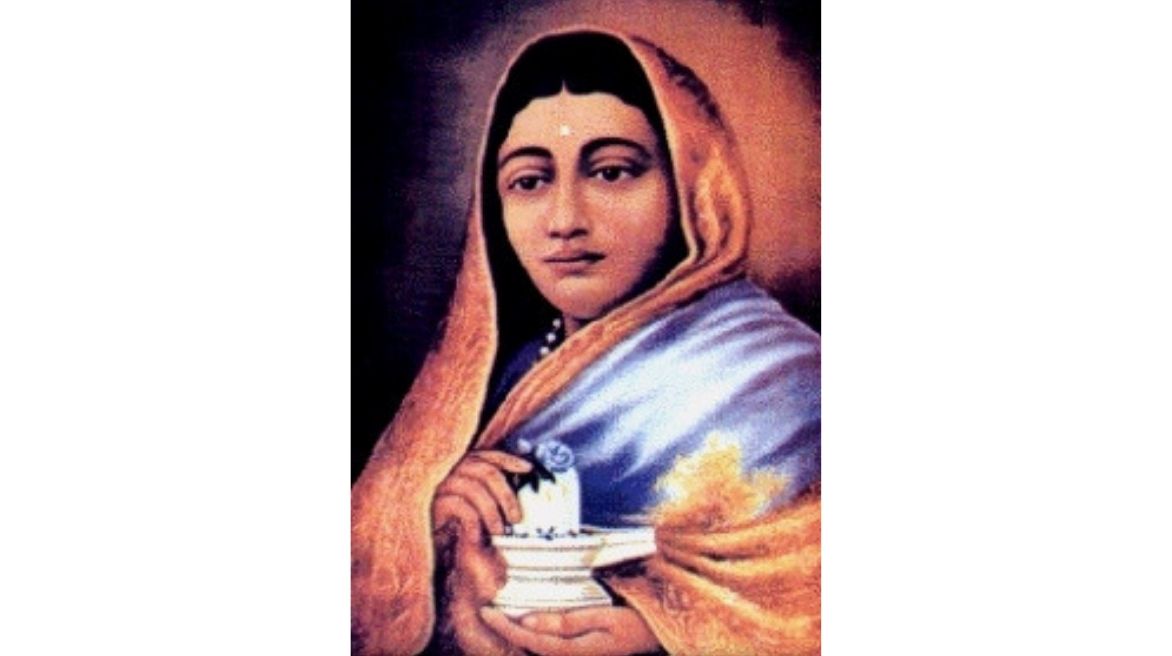 When she was eight years old, Ahilya Bai Holkar was taken to Indore by Malhar Rao – one of the chief generals of the Maratha general Baji Rao I - to marry his 10 year old son, Khande Rao. She was given a prince’s education at a time when there existed a superstition that if a woman learnt to read, her husband would die.

Malhar Rao relied heavily on Ahilya Bai. When Khande Rao was killed during a siege, all his queens rushed to commit sati but her father in law implored Ahilya Bai not to do so.

When her son died, Ahilya saw no reason why she could not herself become the official ruler. Gangadhar Yashwant, the diwan, was so horrified by this that he wrote to Raghoba, the uncle of the young peshwa, inviting him to invade Malwa.

Ahilya Bai formed a small army of around 500 women. She then wrote a letter to Raghoba, saying that he could only gain infamy by battling with women—to win would be a dishonour, and to lose a still greater one. To save face, Raghoba then sent a message claiming he had only come to Indore to offer his condolences on the death of Ahilya Bai’s son. He was royally entertained for a month. 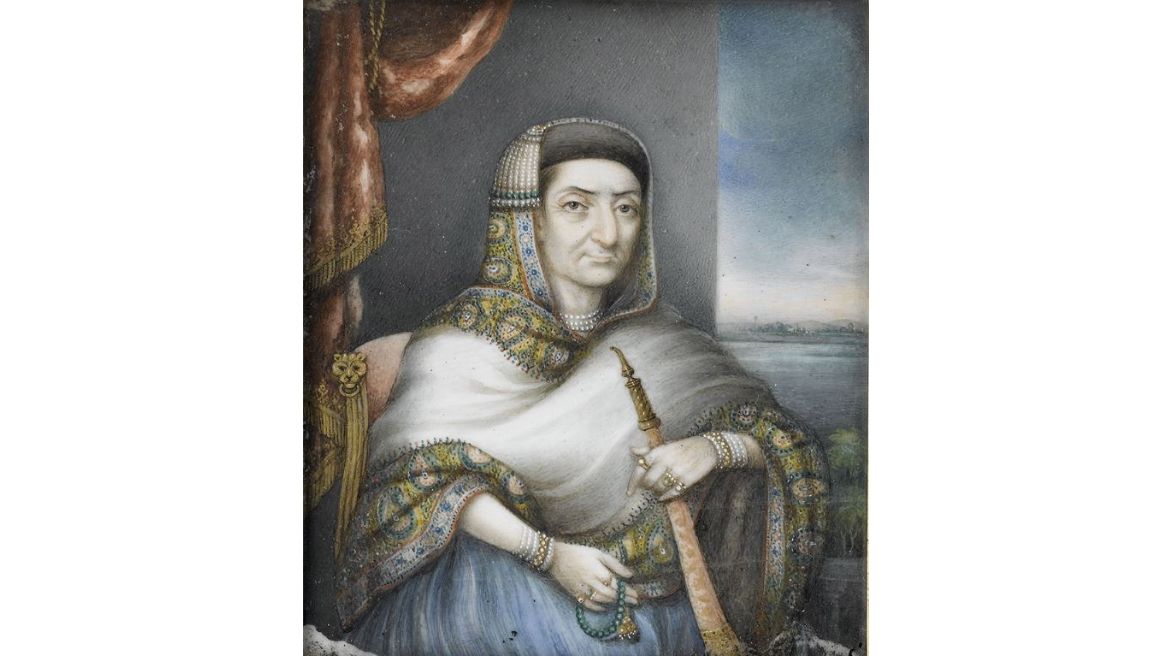 Begum Samru, picked up from a Chawri Bazar brothel by a European traveller, was a remarkable woman who went on to rule the kingdom of Sardhana (in present-day Meerut) for 55 years.

At the end of the 18th century, Walter Reinhardt Sombre, an Austrian mercenary, encountered the charming 15-year-old dancer and moved her into his harem. The quick-witted girl became his companion and comrade in arms as he offered his military services to various nobles. The couple became very influential in the Mughal court, quickly becoming favourites of both Shah Alam II and his vizier Najaf Khan. After Sombre’s death just two years later, his son was next in line to inherit the jagir. However, Begum Samru managed to get Sombre’s troops to support her and used her influence with Najaf Khan to get Sardhana allotted to her. She held court in Sardhana, wearing a masculine turban and smoking a hookah. She would lead her troops in battle, even coming to the rescue of the hapless Mughal Shah Alam many a time. He gave her the title zebunnisa, or ornament among women.

5. Rani Mangammal: The Builder of Highways

When Chokkanath Nayak became the king of Madurai in 1662, he was married to Mangammal, the daughter of a general. Chokkanath suffered in the many wars he habitually initiated. When he died his kingdom was financially distressed, bled by all the wars he had fought with his neighbours and lost. Mangammal staunchly refused to commit sati and, after her son died of smallpox, assumed power as regent on behalf of her infant grandson.

Mangammal’s rule was quite different from that of her husband. Where he had been constantly embroiled in wars, which had drained the kingdom of its resources, Mangammal often made treaties with former foes, and was more interested in the welfare of her subjects. Mangammal also invested heavily in infrastructure. The highway she had built from Kanyakumari to Madurai was named after her, and is still called the Mangammal Salai.

Mangammal was very shrewd at handling military affairs. The Marathas kept raiding Madurai and Mangammal eventually declared war on them in 1700. As the army spilled into the kingdom, Mangammal realized that her army would be unable to hold off the excellent Maratha cavalry. In a stroke of genius, she stealthily sent off her troops to harry Tanjore in the absence of the troops that would defend it. As the troops turned back to defend their territory they were ambushed at a river crossing. This happened at a time when even Aurangzeb was having trouble fighting off the Marathas! Madurai and Tanjore ended up signing a peace treaty.

The descriptions in the article are based on those in the book, The Women Who Ruled India, by Archana Garodia Gupta, published by Hachette India

Do You Like This Story?
20
4
Other Stories
Please enter valid text
Must Reads
Latest Issue