The Road To Lahore 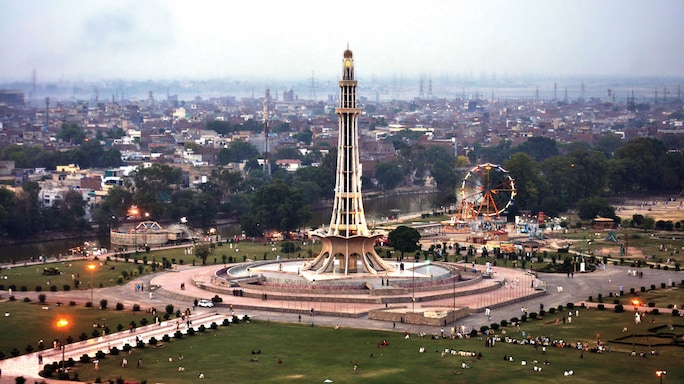 I had never thought I would see Pakistan. Whenever I looked at my father’s passport, where his birthplace was stated as “Undivided India”, I felt a stab of pain in my heart. Could we wipe away what had passed between the two countries? Would I ever get to see the land my parents had left in the wake of Partition?

I grew up hearing the Punjabi spoken in Rawalpindi, where my folks came from. Our home resonated with music from across the border, that, unbeknownst to me, had become a part of my life. I was memorizing the nazms of Faiz Ahmad Faiz, sung by Mehdi Hassan, and unsuccessfully reproducing them to myself at age five. My childhood was spent listening to the greats: Farida Khanum, Iqbal Bano, Abida Parveen, Ustad Amanat Ali Khan and Nayyara Noor, among others.

Growing up, I listened with rapt attention to my father’s stories—the glamour of Lahore, the beauty of the Murree Hills, the spiritual fervour of the Golra Sharif near Rawalpindi—that seemed magical. The scenes of bloodshed and massacre that accompanied this shattering of a map and its people came alive. Those dark days when families and friends were separated forever, trains and buses bursting at the seams offloaded homeless people into a strange land. These were people who had left behind their belongings, their living and their dead—and, I suspect, a part of their souls—forever. I dreamt of stepping foot in my ancestral land, but I knew it was not to be.

Suddenly after years of working with a major music label, I turned to repertoire and artistes from Pakistan. I had the privilege of working with the legendary Farida Khanum and interacted with Abida Parveen and Ghulam Ali. Around 2007, I got an opportunity to work with Shafqat Amanat Ali and ended up as his manager later. From Farida-ji to Shafqat-ji, they had all invited me to Pakistan, especially Lahore, many many times. So in 2012, when friends from an NGO that was taking students from India to Lahore for an exchange programme, invited me, I jumped at the opportunity. Indians and Pakistanis have had a policy of making life difficult for each other by issuing visas to only specific cities. We had what is called an ‘on-foot’ visa for Lahore. On reaching Amritsar on a nippy February day, we learnt that the border would close at 3 p.m. After a 45-minute bus ride from the station through the countryside, we reached the gateway where the two lands meet. As I got my first glimpse of the blue board marked ‘India–Pakistan border’, an unexpected lump formed in my throat and my eyes welled up. For a moment it felt like my heart had stopped beating. A huge wave of love and sadness washed over me at that precise moment. Knowing that Pakistan was just over a kilometre away, and Lahore just 20 kilometres from there, was surreal. There wasn’t much time to waste between customs and other formalities, and we had to walk a little more than a kilometre to reach the border gate.

Reaching the border, we could see the crowds collecting on both sides for the evening change of guard. While Gandhiji’s favourite bhajans were being played on our side, Pakistan played their national songs. The slogan-shouting reminded me of a muqabla qawwali performance with each side trying to outdo the other. Soon it was my turn to show my passport at the gate. To our shock, the immigration officer had forgotten to stamp many of our passports and now there was utter panic as it was time for the gates to close on both sides.

Two of us ran back with the unstamped passports. In the meantime, the exit gate had informed the officer about his mistake, and he met us at the terminal. We then rushed back, out of breath and worried that we may miss the deadline. We were in for a surprise, though. Our officers had requested their counterparts to keep the gates open for us and they had graciously obliged. And so we were quickly made to cross over, where they checked our passports and motioned us in.

Crossing over, I immediately noticed the change in language and lehja (tone)—much more formal and elegant. It was the Urdu, I realized. At the immigration terminal, we were greeted by officers who were extremely helpful and polite. Instead of being annoyed about our late entry, which meant extra work beyond their shift, they were reassuring and welcoming. And now, we were all set to leave for Lahore city in a minibus that was waiting for us. Lahore, I realized, resembled Lutyens’ Delhi—only more green and lush, compared to the rest of the Indian capital. I was so excited about being there that I soaked in everything in my surroundings with the wonder of a child in a fairyland. The Avari Hotel where we were staying was beautiful, with its tastefully traditional decor and huge, green lawns. Food had always been at the centre of all my conversations on Lahore, so we soon left for Model Town, the abode of the famous Bhaiya Kabab. This was my first meal in the city and one that will always stay with me. It was a small place really, nothing fancy, but I was to learn soon why it had such a reputation. We ordered the food in the car, and minutes later arrived the most scrumptious seekh kebabs, accompanied by a finger-licking tamarind chutney and kulchas. This local bread resembled the khameeri roti, sesame seeds added. The food was so delicious that I just could not stop eating—so much so that my hosts were highly amused. After this, we went on a tour of the new Defence Housing Authority, Lahore, which was like any posh south-Delhi neighbourhood—only from the 1970s. Empty, open roads and beautifully manicured lawns and trees lined the area—all quite enchanting. At night, I realized, I had been given a room in the ladies’ wing of the hotel. Apparently the women guests could also opt for lady attendants and service staff, if desired. Honestly, I was a bit amused—the old-world charm, mixed with the modern amenities, was delightful. In fact, this coexistence of the modern with the traditional was something I was to get used to in Pakistan. In the morning, I noticed that the hotel rooms had their own 24-hour radio, so as I sat by my window overlooking the swimming pool and ate fresh fruit, I was serenaded by the ghazals of my favourite singers. Over the next couple of days, Shafqat-ji and his band, who were all very hospitable, caught up with me often. I saw the Minar-e-Pakistan, Badshahi Mosque and other iconic monuments with the students’ group, and accompanied Shafqat-ji to the studios where he dubbed his songs. I also got to meet his friends who were amazingly warm and welcoming. One evening, we were graciously joined by another great singer, Tina Sani and her friend, all the way from Karachi. After dinner that day, we went to dub a jingle Shafqat-ji was singing for his friend and popular actor Shaan’s morning show, at a studio in Behryar Town, which was a beautifully set up gated community on the outskirts of Lahore. The cleanliness, beauty and greenery of Lahore reminded me of eastern Europe sometimes. 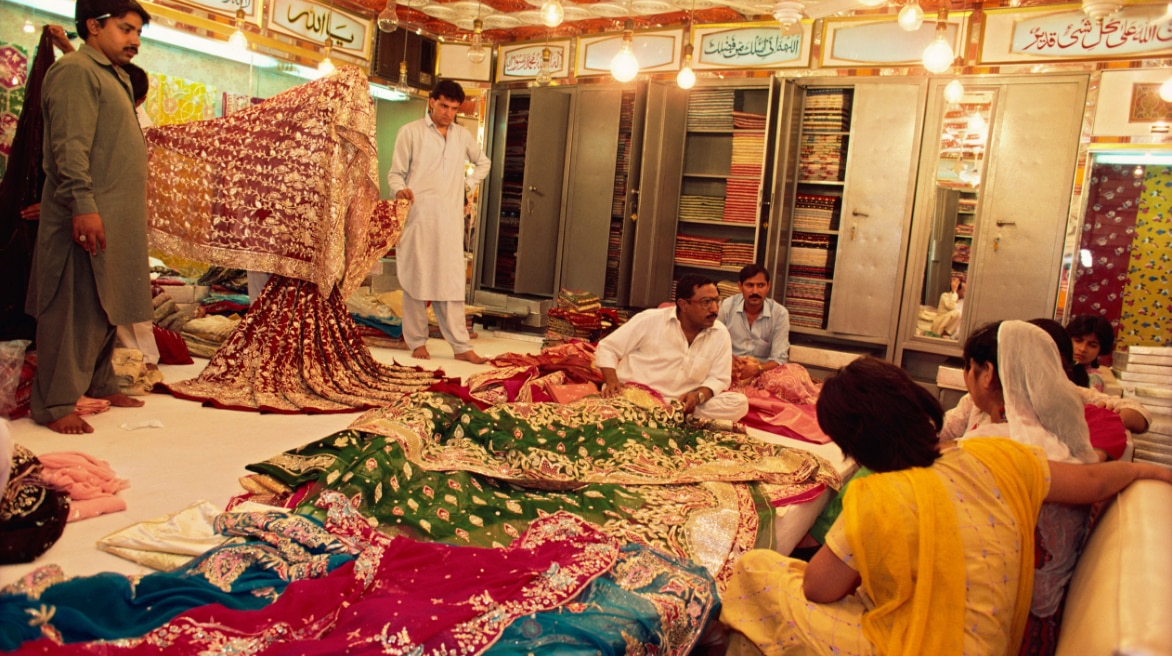 On one of the evenings I was taken for a surprise trip to see the beauty of the motorway to Islamabad. And while I couldn’t travel to the city, as I did not have a visa for the Pakistani capital on that trip, the drive, halfway and back, itself was a treat, especially the return in the warm glow of the setting sun.

On our last day, we got the opportunity to visit the iconic Government College University, Lahore, the alma mater of legends such as Balraj Sahni, Dev Anand, Faiz Ahmad Faiz, Khushwant Singh and Allama Iqbal, among many others. The huge campus was awe-inspiring and the sports-day event for which Shafqat-ji took us was delightful. The iconic building in the heart of Lahore city is where we spent the entire day interacting with young students, the music society and faculty of the college. The dinner that night at Lakshmi Chowk was another epic meal that I was to go back for repeatedly on subsequent trips. The Taka Tak and Karahi preparations were delectable and impossible to resist. 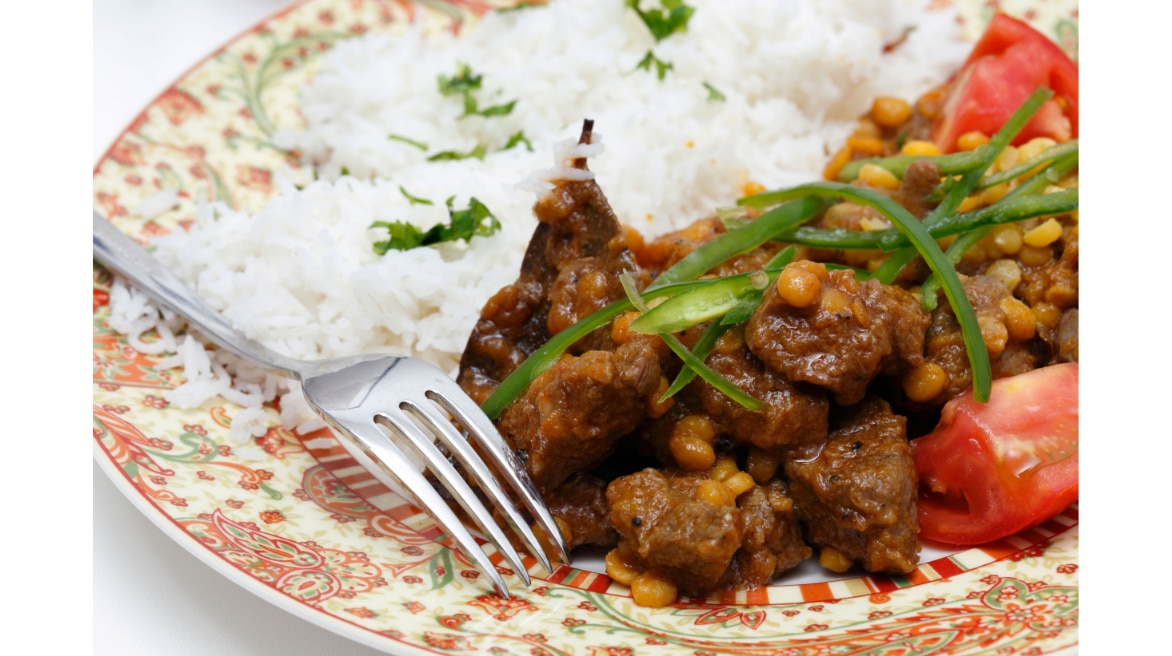 Everywhere we went, we experienced overwhelming warmth and hospitality. From the general manager of the Avari Hotel to the salon staff at the famous Pearl Continental Hotel, the schools on our itinerary to the shopkeepers at Anarkali Bazaar in the walled city, which resembles Delhi’s Chandni Chowk, and all the people we met socially, were so excited to learn that we were from India. Everyone was welcoming, without exception.

From not wanting to charge me for a hair wash to genuine reluctance to accept payment for our meals, I experienced hospitality at its finest. I wondered frequently what we, as nations, were even fighting about. The lady security guard at the hotel wanted to know exactly that—she was also curious about Delhi. I only felt love, mutual respect and admiration everywhere I went. Ordinary people in India and Pakistan are really the same—they are as wary of their politicians and crave peace as much as we do. I realized more than ever that there is so much love between the people of our two countries—if only they were not provoked and poisoned by the powers on both sides.

On the morning of our return, some of the students in our group asked why they could not stay on. They felt so loved and pampered that they did not want to come back. As I said my goodbyes and walked back across the border, I remember stopping at the white line, with one foot in Pakistan and another in India, wondering how the two neighbours that were this close could be so far apart.As we drove towards Amritsar city once again, I knew in my heart that I would go back many more times to this beautiful land. It felt like a part of my soul lived there and had reconnected with me when I stepped foot in Lahore. There is some truth in that old saying, then: “Jis Lahore nahi dekhya o jamiya hi nahi!” [He who hasn’t seen Lahore hasn’t been born yet].