The Remarkable Saga of Didima, Who Undertook Migration At Another Time And Started Ground Upwards The author's grandmother (Didima) during a visit to the UK (Photo: Saleha Singh)

It’s our summer holidays and we are at Didima’s once again. Lying between my brother and me, she is reciting Jatindramohan Bagchi’s heart-wrenching poem–Baansh bagaaner mathar opor chand utherche oi, Ma go amar sholok bola Kajla didi koi? (The moon has risen above the bamboo grove/Where did my Kajla didi go, dear mother?) For days, weeks, I would make Didima recite this—anxiously worrying about Kajla didi, hoping that Didima would bring her back somehow. Because, for me, Didima was a hero, she could do anything.

My Didima, Durga Chakravarty—born in Barisal, Bangladesh—would have been 106 years old this year. Unlike the women of her time, she didn’t marry early—she wanted to study and be a professional first. Also, her kushti [astrological birth chart] said her husband would predecease her. Finding a suitable boy wasn’t easy.

Didima was 21 when she met Dadu and their marriage was what dreams are made of. He complemented her and encouraged her to follow her dreams. But this happiness was short-lived, and at 27, she became a widow—perhaps Dadu’s kushti was inaccurate. In shock she gave birth to my Chotomama the next day.

Life as a widow with three children–under the age of three–wasn’t easy. Also, she had an extended family—mother, mother-in-law, brother-in-law, sister-in-law, and brother—to look after. The community elders decided to dictate how she should live and conduct herself. They asked her to quit her job, move to a ‘chile kottha’ (attic), wear white saris, shave her head, and lead a life of penance. 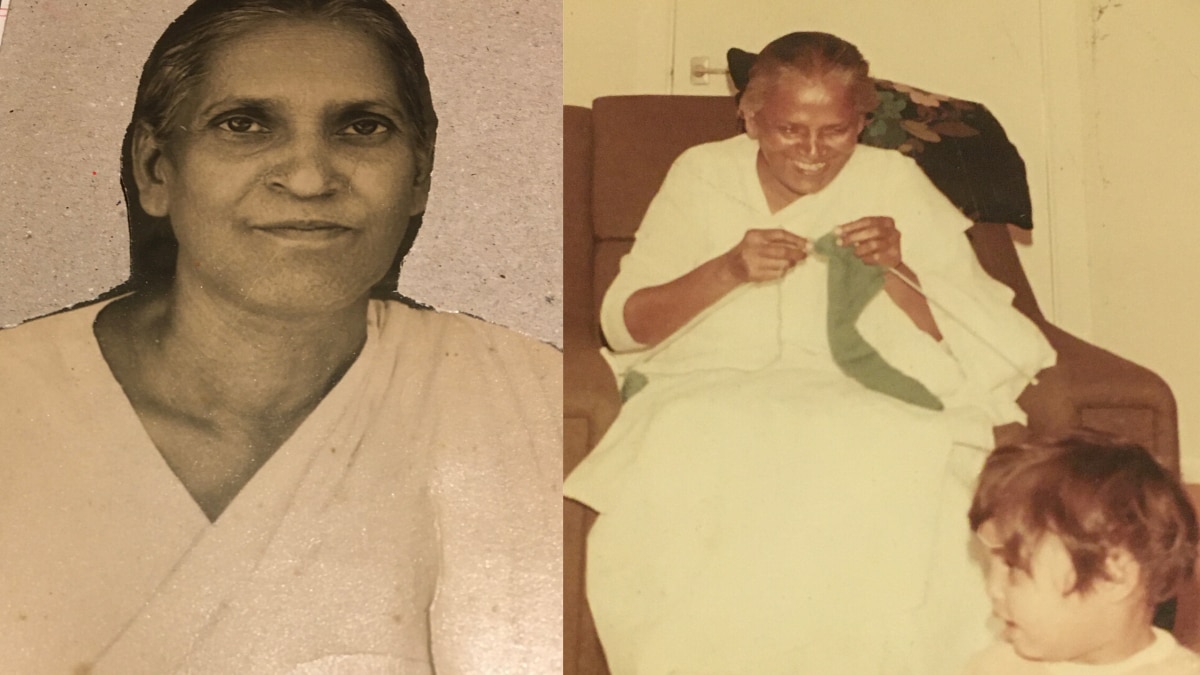 Didima stood up to the bullies, ignored them and threw herself into her career—rising to head a high school. But when the pressure to conform became unbearable, she moved to Kolkata to be near her siblings, who had settled there. In the middle of the night, she took a ferry from Chandpur to Kolkata—leaving behind her home and worldly possessions. Her children—all under 12—and her extended family were with her.

For a few years, she taught in Kolkata, while undertaking her master’s degree, before receiving an offer to start a girls’ school in Asansol. Thus, was born Tulsi Rani Balika Shikha Sadan—named after the benefactor’s mother.

Didima created a new life for herself and her family yet again and worked tirelessly to establish her school. Rated as one of the best educators among Bengali-medium schools, Didima received many awards and accolades from the state government. As her popularity grew, so did the quality of teachers in her school. Many had escaped bad marriages to join, and Didima encouraged them to be financially independent, ensuring they had the best training.

Didima’s benevolence was well-known in Asansol. She waived school fees for disadvantaged students and bought their textbooks, helped vegetable sellers and rickshawalas to start their own businesses, and gave generously to whoever asked for help. All this on a teacher’s salary.

Looking back, I am amazed at how the pressure of being a single woman in a man’s world never deterred her. She went about her life fearlessly and did the best for her children. She sent both my Mamas to England for their studies, where they now live. Ma did not want to leave Didima by herself, to forego this offer. Didima even supported her sister-in-law—after her husband walked out on their wedding night, never to return—and gave her the full run of her home. And, for as long as they lived, she took care of her mother and mother-in-law.

For me, Didima was simply the best … spoiling my brother and me as only she could; instilling in us the gift of giving, generosity and the love of travel—having travelled to England and Egypt in the ’60s to meet her German and British daughters-in-law. Also, she embraced their Christian faith, and that of my Muslim father—always smiling, never complaining … never! In February 1974, Didima passed away, while reminiscing about Dadu with her three children by her side. How remarkable that Durga—the invincible, the all-powerful, the consort of Shiva—should pass away on Shivaratri.

Hundreds of people came to pay homage to her at the burning ghat and shared Didima’s benevolence with her children. For four days all vernacular schools in Asansol were shut in her memory—such was the respect and legacy she left behind.

My Didima lives on—in my heart, in my life, and on my kitchen wall—giving me hope every single day.

Do You Like This Story?
37
0
Other Stories
Please enter valid text
Must Reads
Latest Issue