The Life of Letters

On the lost art of letter-writing 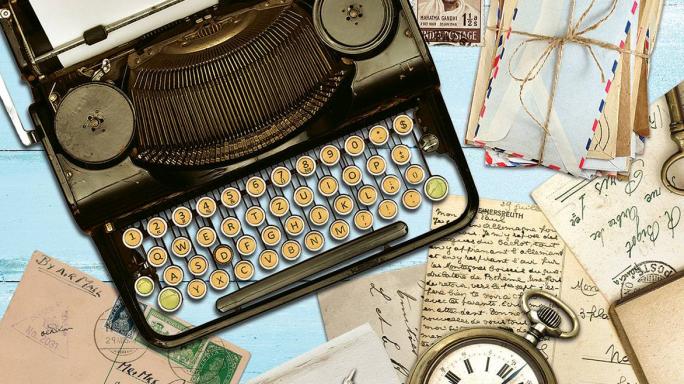 Every time I visited my mother’s parents, I would be greeted by the sound of the typewriter. My dadu (grandfather), would be typing, seated cross-legged on a low, wooden bed. What was he typing? Letters. Dadu wrote letters in English and in Bengali. Many of his letters in English were typewritten. There were personal letters to family, friends and acquaintances. There were letters to editors of newspapers and many types of business letters. He was also a scribe to many people—young and old, rich and poor, unlettered and well-educated. They wanted him to write applications, complaints, recommendations and petitions. He would listen to them carefully and write what they needed. All this was part of his voluntary role as a community elder.

For most, if not all of us, letters have now become part of a lost past—not only because letters capture moments bygone, but also because we no longer write letters. Regular letter writers usually had a stock of stationery on hand: postcards, inland letter forms, stamps, envelopes, notepaper and glue. This stock was replenished periodically.

My grandfather usually wrote his personal letters on postcards. He wrote neatly, in tiny letters, so that he could fit in a great deal in the limited space. Like many of his generation, he would inscribe the om symbol at the top of his missive. Frugality was crucial for my grandfather. He wrote on postcards because they were the cheapest way to send a letter. Also, he never ceased to remind us to not waste paper! Thamma, my father’s mother, was also a letter writer. Her six children lived in different parts of the country and she kept in touch through inland letter forms.

Historically, letters have travelled from ancient India, Egypt and Sumer, through Rome, Greece and China, up to the present day. A messenger system is mentioned in ancient Indian texts and apparently, there was a postal system in Egypt as far back as 2000 BCE. There is also a disputed claim that the first handwritten letter was by Atossa, a Persian queen, in around 500 BCE. The modern-day Indian postal system was created by the East India Company. They established post offices in Bombay, Madras and Calcutta between 1764 and 1766. In 1774, when Warren Hastings was the governor general of India, ‘copper tickets’ or prepaid token stamps worth two annas were introduced in Patna. This opened up the postal service to the public and letters were no longer restricted to government departments and business houses.

A few weeks ago, Sumita, an old school friend, called up excitedly to say she had chanced upon a pile of old letters—many of them from me to her. Delighted at the thought of being able to travel back to my childhood, I visited her. We found letters from our high school years through to our university days, written in the late 1970s to the 1980s. My friend had received letters from several other school and college friends, mostly in the same city! Some were penned on holiday. Many were birthday wishes and cards, but there were also ‘regular’ letters—written simply because everyone enjoyed communicating that way. No wonder, then, that many of my generation had pen pals in India and abroad.

Today, more than 290 billion emails are sent every day. Add to that the many other kinds of electronic messages! All of them use the written word to communicate. Is it, therefore, correct to say that people no longer write letters? I make a distinction between letters by surface mail (or snail mail, if you will!) and missives sent and received electronically. Also, personal letters received by surface mail were usually handwritten and that lent the exchange warmth and intimacy.

The whole business of writing a letter and then mailing it had a great deal of anticipation built into it. And then, the cycle was repeated as you waited for the reply! Karen Carpenter sang about this eloquently in her song ‘Please Mr Postman’. A well-known poem, ‘Runner’, by the Bengali poet, Sukanta Bhattacharya, also describes people’s longing for letters and the intense labour put in by postmen.

Letters are not only the subject of literature but they also form a body of literature themselves. Jawaharlal Nehru’s letters to his daughter, Indira, are now widely published. So are those by Rabindranath Tagore, who wrote close to 5,000 letters from October 1878 to July 1941. The first five in October 1878 were written to Kadambari Devi, the wife of his brother Jyotirindranath Tagore, and his last letter on 30 July 1941 was to his daughter-in-law, Pratima Devi. Perhaps his most widely read collections of letters are those that he wrote to his niece, Indira, and to the young Ranu Adhikari (better known as Lady Ranu Mukherjee). The letters contain Tagore’s musings on a range of subjects and the reader feels included in several profound, yet informal, conversations.

Letters across centuries are available to us. Other than bringing much joy, they are a source of knowledge about people and their life and times. The Paston family’s letters to each other from the Black Death to the Wars of the Roses are the first record of private correspondence that are available in England. Margaret Paston’s letters to her husband and sons provide a picture of family life and social concerns during the 15th century. Margaret lived in Norfolk and managed the family’s business and properties, while her husband and sons lived in London. Her letters record the troubling effects of war, they tell of family drama, such as her daughter running off with the bailiff, and also document her concerns about the health and safety of her sons in a plague-ridden London.

Although billions of words and pictures—both still and moving—are recorded every day, we do not know how long they will survive. In a world obsessed with documentation, it is perhaps easy to understand why we feel wistful about handwritten letters sent by post. We know such letters are for keeps and can live for centuries but electronic letters, despite their convenience and easy archiving, appear ephemeral—disappearing into oblivion at the press of a button.

Do You Like This Story?
52
0
Other Stories
Please enter valid text
Must Reads
Latest Issue