How an orphaned indie stray became our family's unlikely saviour Munnu came into our lives the day his mother had her litter in our garden. We had cared for many stray-pet families like his for years. They ate and slept and played in our driveway, guarded our house from threats, real or imaginary, and escorted us every time we took our indoor pets for daily walks. These trips would inevitably turn into full-fledged processions with five or six members of this self-appointed security detail forming our entourage, gambolling along in delight. 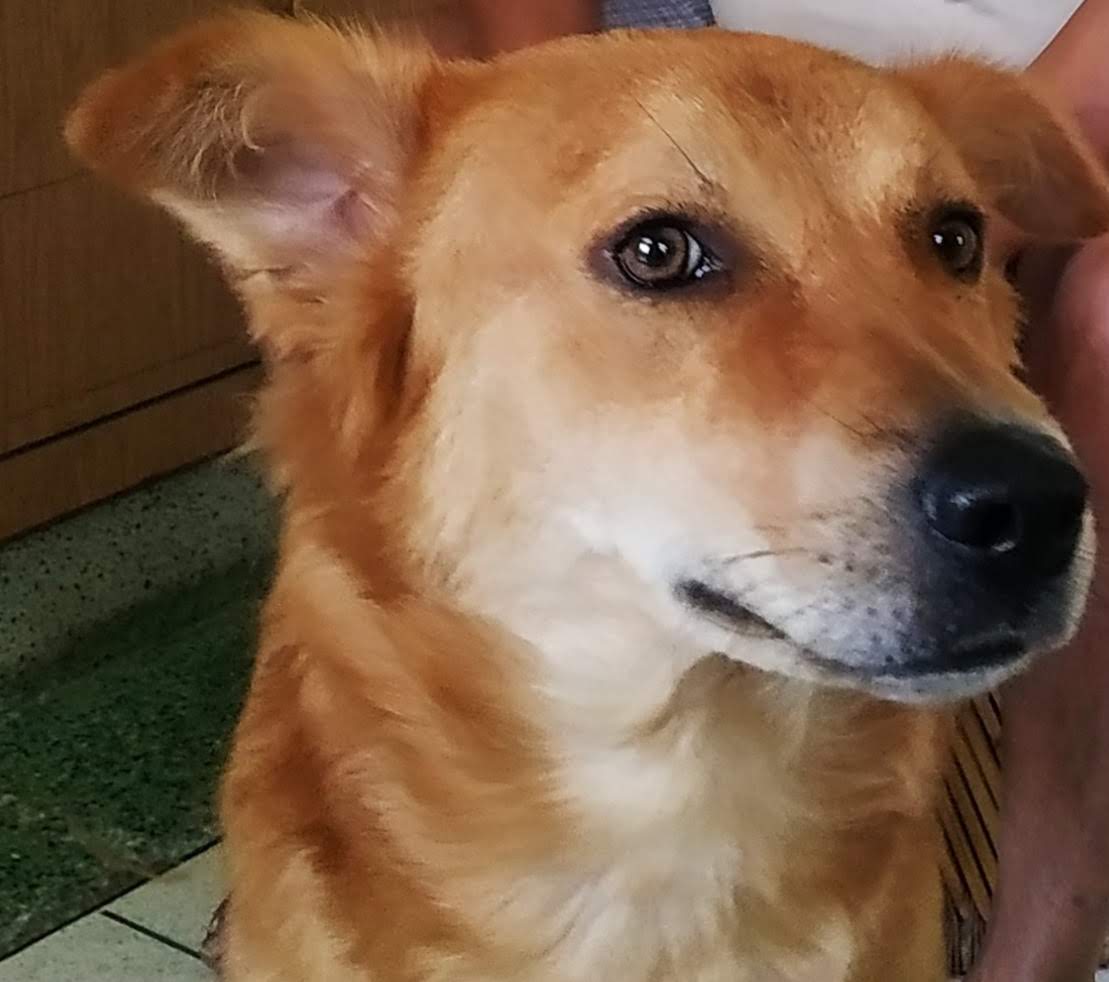 Munnu was a part of this hodge-podge family too, but then the deadly parvovirus struck it took all his siblings. Shivering and desperately sick, he landed on our doorstep, a shadow of his former boisterous self. Maybe it was his will to live or plain luck that he was at the right place at the right time. Under the expert ministration of a vet, he turned the corner soon.

Delighted as we were at his improved health, the question remained as to how he would fend for himself without his pack. We had no plans of keeping another pet as we still had a Labrador-sized hole in our hearts ever since we lost our 11-year old Chotu a few months ago. Munnu, whom we had renamed Motu, befitting his post-parvo rail-thin self, was to be our foster till we found him a forever home. Or so we thought.

We were relieved when we found a little farm in a village nearby and took the family’s word for fact when they said that they would keep him as lovingly as possible. As much as we had known about Munnu’s temporary status in our home, it was surprisingly difficult to leave him. His puzzled face haunted us when we returned to an impossibly quiet house—no skittering of quick paws, no barks, no balls going ‘bump’. All for the best we told ourselves Munnu will be happier there with their other dogs.But soon we found ourselves heading back to the village two days later. “Just to check on him, and give him his toys and blankets,” we told each other. That impulsive visit turned out to be nothing less than fortuitous.

What we saw there was distressing beyond imagination—Tied to a two-feet-long leash, an emaciated Munnu was dozing miserably among some goats and buffaloes, his long tail drooping dejectedly. The sound of the car door slamming made him look up dully. Seconds later, his disinterested eyes lit up as he recognised me walking up to him. Leaping, howling, clinging and clawing at the car, he dashed up to me with unmistakable relief. Words couldn’t have made it plainer that he was mad at us for leaving him with these awful people, but he had also forgiven us so let’s go back home, right now! He made an excellent point and snuggled close as we drove back with our two-time rescue. It had been an exhausting two-day ordeal that left Munnu leaning heavily on my shoulder. Dozing fitfully on the half-hour car journey home, he crawled into his favourite corner when we got home and stayed fast asleep for the next twelve straight hours. 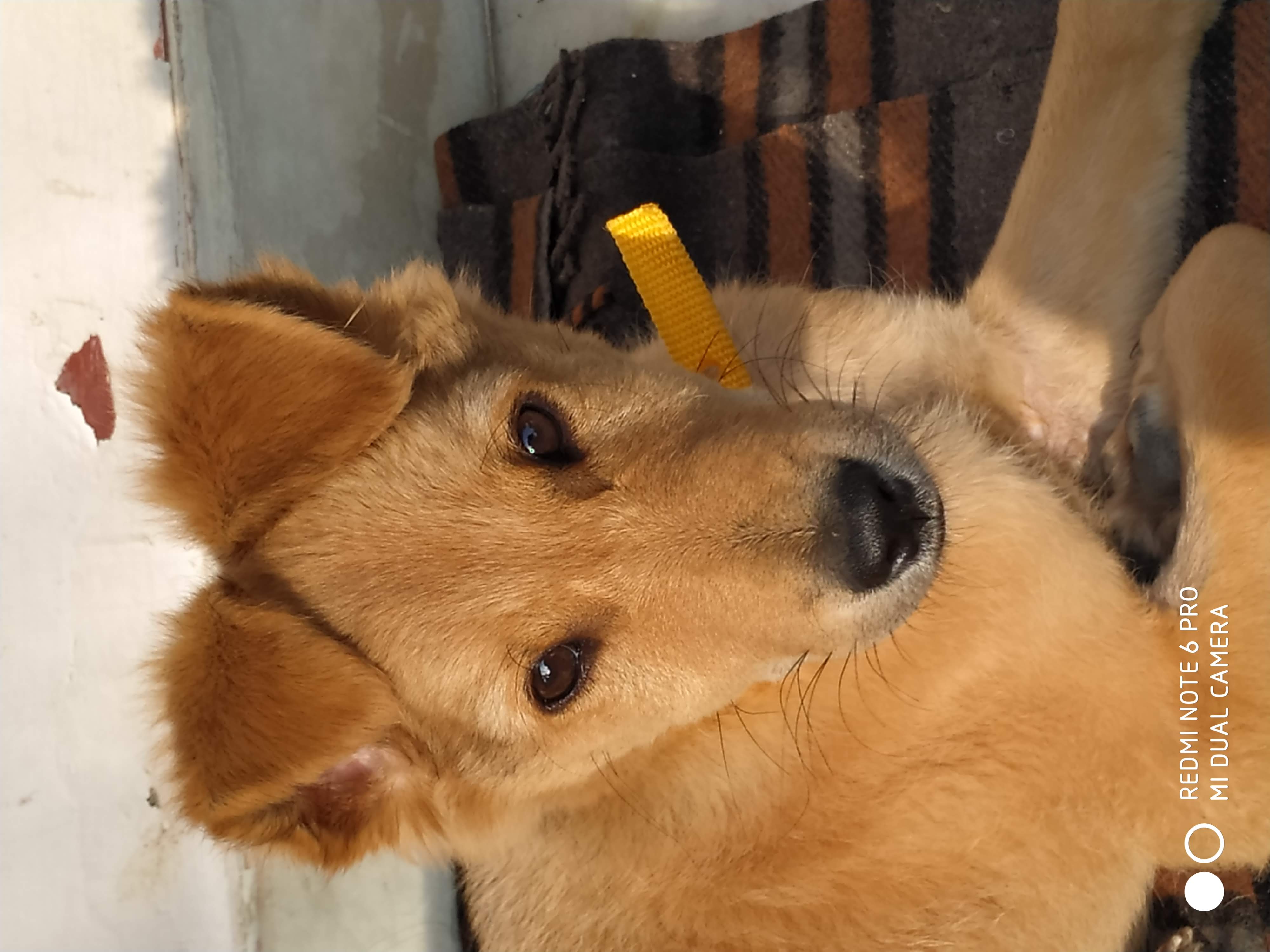 Munnu, in his puppy days

That was on 3rd March 2020, days before the Covid lockdown. None of us had any inkling of how it was going to turn the world upside down. Trapped within our four-walls, dreading phone calls and the news, none of us had ever experienced the extreme isolation of the dystopia that had become a terrifying reality. A few things kept us grounded and sane, not the least of which were plaintive whines, wet licks and the look of sheer happiness on Munnu’s furry face. And that was when it dimly dawned upon us—it was not we who had rescued Munnu! He, in fact, was our saviour. He gave us a clockwork routine, his antics made us laugh out loud, and training him gave us our much-needed highs. From ‘shaking hands’ and ‘rolling over’ on command to his signature lateral high-fives, Munnu’s intelligence quickly dismissed the notion I heard from others about how strays could not be trained.

But while Munnu had chipped away at our initial concerns about adopting a stray, judgement from others persisted. “He’s desi (Indie), isn’t he?” was a question I often faced. The implication behind the question points to a sad, outrageous reality: many people turn their noses at stray indie dogs, seeing them as dirty, problematic, prone to wild and possibly violent behaviour, all in all unworthy of love or care. Rescues were too much responsibility. I too would rush into a long apologetic explanation when confronted by raised eyebrows, offering all sorts of rationales to allay the alarm of visitors. My time with Munnu soon led me to realise that no justifications were required. Indie dogs are in no way less loving or adorable than pedigree ones. The fact that many families and even celebrities are now opting to adopt street dogs may finally lead more and more people to appreciate their true worth.

In fact, they have advantages which I appreciate more after owning a Spitz and a Labrador. Indies can be just as intelligent, loving, friendly and sweet-natured. They shed far less, and better suited to Indian climate. They are not just hardy but low maintenance and with a strong survival spirit as well. They are fiercely loyal and are exceptional guard dogs. Whether it is invading monkeys or strange noises at night, Munnu will always be there at our side facing down a threat. 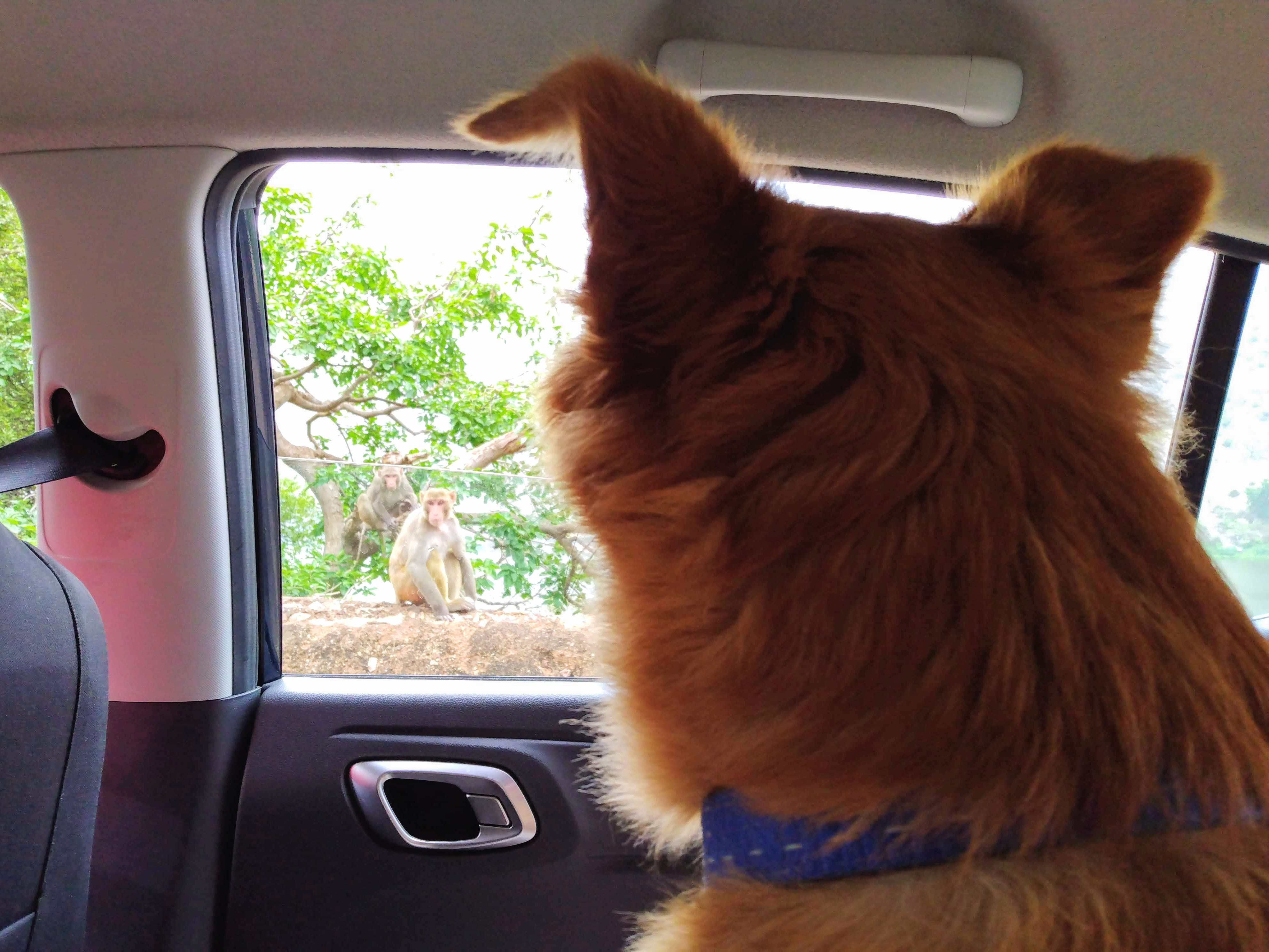 Embarking on another Adventure: Munnu vs Monkey!

It’s another story though that he has learnt to manipulate us with as much as his predecessors! Like them, he can will the AC on, make chicken materialize for lunch and hypnotize morsels off the table. His ultimate triumph is guilting us into taking him on frequent drives.

Yes, there are challenges when you a take a dog off the streets--their tough and often traumatic growing up years will have left a mark on them, as is the case with any living being with intelligence. Munnu is still wary of strangers because of his past and takes his time accepting them. But even so, the ice melts quickly.

I wasn't so sure about how my car-proud husband would react to the fur-filled seats and the drool-marked windows. Sure enough, he shakes his head and frowns every time but one look at the Munnu's beautiful, charming, brown eyes makes him cave in and there he is, opening the door of the car for Munnu to bound in yet again for yet another adventure!

Do You Like This Story?
18
0
Other Stories
Please enter valid text
corona updates
Must Reads
Latest Issue