The Curious Cases of Satyajit Ray as a Child 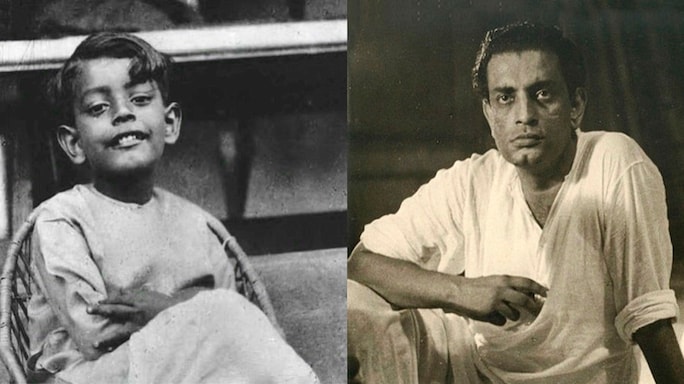 Sukumar Ray was one of India’s first writers of nonsense literature. His indigenous characters and allusions have been intrinsic to children in Bengali families across generations. Sadly, he fell ill soon after Satyajit Ray was born. When Satyajit Ray was just two years old, his father died of kala azar or black fever at only thirty-five. Ray never had a chance to get to know his father. It was only much later that he could grasp who his father had been through his writings, art and what his mother and other relatives told him

The Sighting of a ship

Satyajit Ray had very few memories of his father. One incident that Ray clearly remembered about his father though was from the time they had gone to Sodepore, a small town in the northern suburbs of Calcutta, for the sake of his father’s health. The house they stayed in was by the Ganga and had a small courtyard. One day, his father was sitting by the window and painting. Satyajit heard him exclaim loudly, ‘Look, a ship!’ When Satyajit ran out into the courtyard, he saw a steamer pass by—his first sighting of a ship.

When Sukumar Ray was ailing, the family went to Giridih (now in Jharkhand) for a change of air. One evening, little Satyajit or Manik as he was lovingly called and their long-time house help Prayag were sitting on the banks of river Usri. Prayag told him if he dug the sand deep enough, he would find water. With his wooden toy spade, Manik started to dig the sand excitedly. Soon enough, water started trickling out of the sand. Just then, a girl from the nearby village came and started washing her hands in the water. Manik was visibly annoyed. ‘How can she wash her hands in the water I’ve found?’ he said, irritated.

Ray had no siblings. But that did not leave him in want of company. One of the first friends he made was the son of their housemaid Shyama, Chhedi. Chhedi was five years older to him and always called him Ray Chowdhury. He was a skilled kite-flyer. The festival of Vishwakarma Puja—when machines are worshipped for their smooth functioning and virtually everyone in Calcutta engages in kite-flying competitions—was especially exciting for Satyajit. Early in the morning on the day of the puja, Chhedi scrambled his way to the rooftop, Satyajit in tow, and exhibited his skills in kite-flying battles. Satyajit held the reels as Chhedi’s kite wandered the skies. Each time Chhedi cut an opponent’s kite and captured it, the sky echoed with jubilant cries from neighbourhood houses. —Bhokatta! Your kite is gone!

How do you like your ice-cream—hot or cold? Isn’t ice-cream supposed to be cold you may immediately ask. Not according to young Ray. As a child, Satyajit Ray had a weakness for ice-cream. One day Bula Kaka and his wife took him to see the port in Calcutta. The child was excited to see boats and ships of different colours and sizes anchored at the shipyard. On their way back, they stopped at a restaurant. When the ice cream was served, Satyajit couldn’t wait to taste it. But after having just the first spoonful of ice-cream, his teeth started aching. The child suddenly left his seat, ran to the waiter who had served them ice-cream, and whispered something to him. Whatever he had said amused the waiter. He then came to the table and said that the child had requested him to heat up the ice cream!

After a few months. Ray watched a Bengali magician perform some magic tricks at a wedding party. The magician was clad in a simple shirt and dhoti and looked quite like an ordinary man, but his skills far surpassed those of Sheffalo and Madame Palarmo. Even without all the fancy props and a proper stage, he performed his tricks with great dexterity. He spread several matchsticks on the mattress on which he was sitting. Then he opened the empty matchbox and called, ‘Come on now, all of you, one by one and slipped into it- following the magician’s orders like obedient puppets! When Ray was thirteen, he once went looking for a bargain in music shops in Calcutta with one of his school friends. The treasures that he found hunting through the many shops were Beethoven’s Symphony No. 5 and Mozart Eine Kleine Nachtmusik ( A Little Night Music). After his great discovery, Ray lay awake the whole night listening to the records over and over again. The beauty of classical Western Music was not lost on Ray. he had read about Beethoven in one of the ten volumes of the Book of Knowledge he had when he was younger, but now he was listening to his music completely enraptured. Over time, Ray developed a profound understanding of Western music. After hearing a couple of times, he could whistle the entire composition easily.

One of the pioneering figures of modern Indian art and Ray’s teacher at Kala Bhavan, Nandalal Bose, once told Ray: ‘Draw a tree but not in the Western fashion. Not from the top downwards. A tree grows up, not down. The strokes must be from the base upwards…’ This may Ray realize how art must also grow organically, just like life. Along with his three friends, he also undertook a tour of artistic places in India. The tour drew his attention to the symbolism in Indian art, to the small details that signify bigger meaning—a quality that his films demonstrated greatly. 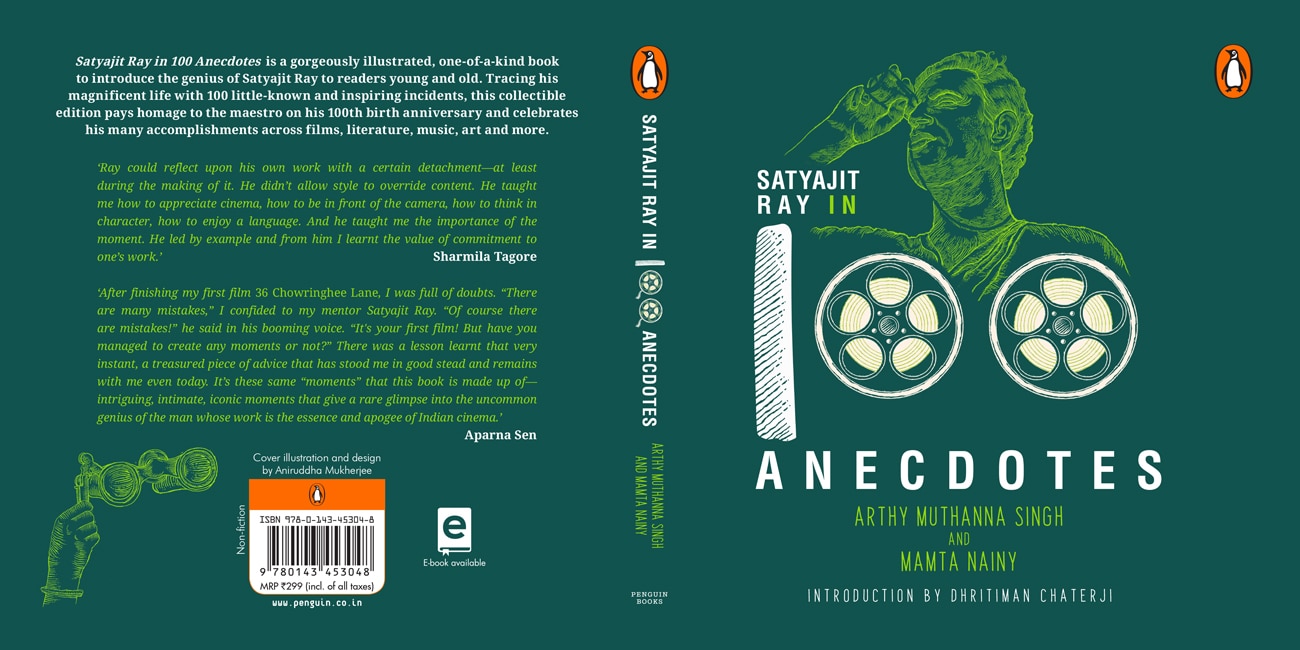 Excerpted, with permission, from Satyajit Ray in 100 anecdotes written by Arthy Muthanna Singh and Mamta Nainy, published by Penguin Books