The Coronavirus Crisis: World Leaders And Their Warnings

The Prime Minister addressed the nation, we bring you what his counterparts said in other parts of the world 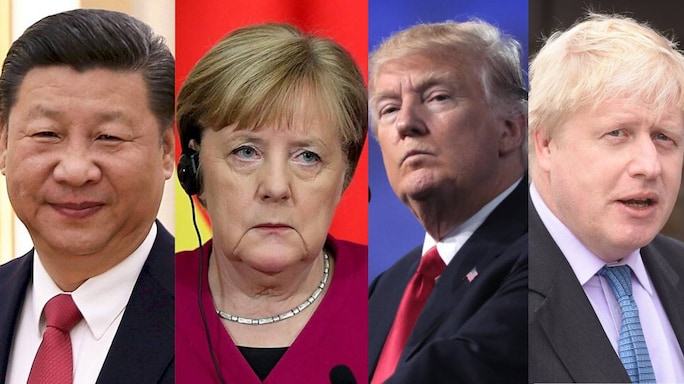 Prime Minister Narendra Modi addressed the nation regarding the novel coronavirus. He assured the nation that the government was taking all steps to tackle the crisis. He also called for a "janata curfew" on 22 March. He went on to advise senior citizens to stay indoors.

As COVID-19 spread across the world swiftly and silently, leaders in major nations addressed their nations once the enormity of the problem dawned on them. RD looks back at some responses.

On 20 January, a few weeks after the novel coronavirus was detected in China and its seriousness understood, President Xi Jinping ordered "resolute efforts" to curb its spread.  He also ordered all-out efforts to treat patients and identify the source of the virus. A group of experts was set up to cope with the situation and guide and monitor local efforts.

South Korea declared an emergency in the third week of February when around 300 cases were reported from there. The prime minister asked people to refrain from attending mass gatherings, including religious events. Imposing strict quarantine steps, he warned South Koreans against defying government orders. The cases of afflicted patients soared in the following days, but the South Korean government’s efforts have been praised worldwide as being firm and effective.

On Monday, 9 March, Prime Minister Giuseppe Conte, in a national address on television, asked the Italian people to stay home and not travel without permission. "There is no more time," he said. The virus has been reported in all the regions of Italy with thousands of deaths so far. "The whole of Italy will become a protected zone," he added.

Spain is the most seriously affected country in Europe after Italy with thousands of confirmed cases and hundreds of deaths. The Spanish Prime Minister on March 14 said that it was time for “extraordinary decisions” needed to grapple the crisis. He asked the people to remain home and ordered non-essential shops to close. Restaurants, bars, cinemas and cafes were also asked to shutdown. The Spanish army was put on stand by.

Boris Johnson on 14 March warned Britons that they were facing their "worst public health crisis for a generation" and should be prepared "to lose loved ones before their time.” At first, the British government refused to ban large gatherings and closing schools, but within a few days, the government reversed the decision. And then, Johnson again came back to address the nation and said, "Now is the time for everyone to stop non-essential contact with others and to stop all unnecessary travel.” He asked people to avoid pubs, clubs, theatres, and restaurants.

He was accused of playing down the crisis initially, but on 11 March, in his first address on the novel coronavirus to the country, President Trump restricted travel to the United States from more than 20 European countries. He said that this was to contain the spread of the virus. A week later, Trump announced economic measures and other steps to stem the growth in the number of patients.

In a rare nationwide TV address to her country, Chancellor Angela Merkel said that her country was facing the "gravest challenge" since World War II. Germany has closed its borders to non-EU citizens and has strict travel restrictions with many public and commercial establishments closed. Merkel urged the German people to follow government instructions. Health officials in Germany had warned that the number of cases in Germany could reach millions if it was not stopped in its spread at the earliest.