Having recently released his memoir, Rakeysh Omprakash Mehra says his iconic films have all been a stage where every crew and cast member has played an essential part 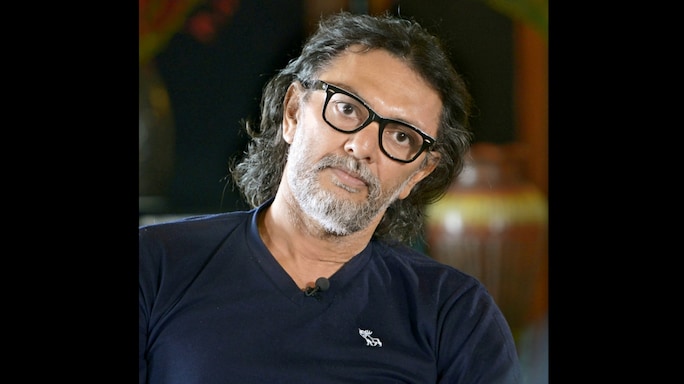 Having made only seven films in two decades, Rakeysh Omprakash Mehra, it seems obvious, is not a man in a hurry. Even his memoir, The Stranger in The Mirror, took four years to write. Like his films, from Aks to Toofan, the book has no single narrator. Instead, his collaborators—A. R. Rahman, Aamir Khan and Mehra’s wife, award-winning editor P. S. Bharathi—step in to give the reader a sense of his life and work. Excerpts from a candid interview with the 50-year-old filmmaker:

Why was this the right time for you to take stock of your life and write this book?

There’s no right or wrong time. This whole process started four years ago. I love reading books on cinema—autobiographies of writers, makers, actors and other technicians—and it all started from there. There’s always this urge to share stories about your films before you forget all about them.

Why did the title The Stranger in the Mirror feel apt?

Mirrors and reflections have always fascinated me. Subconsciously, mirrors have played a seminal role in all my films. Aks, the name of my first film, means ‘reflection’. In the climax scene, between the characters played by Mr Bachchan and Manoj Bajpayee, in which one is good and the other is evil, they talk about being a reflection of each other. In Delhi-6, there’s a fakir who carries a mirror with him all the time and repeatedly tells people to look in it. In Bhaag Milkha Bhaag, after a race that he loses, Milkha Singh stands in front of the mirror, looks at the man he’s become and starts slapping himself. It’s a turning point for him. Somehow, mirrors have always been a part of my storytelling. I believe that to keep evolving, changing, you need to address the person you see in the mirror.

You write about building characters based on friends you’ve had, and films that reflect certain periods in your life. When did you notice the pattern?

While writing this book, actually. Once we started writing, more often than not, there would be an umbilical cord to my life experiences. When they kept emerging, it was obvious that it was not just a coincidence. It was like my subconscious telling me to pick up a particular subject. For example, when the MiG aircrafts were crashing, it connected me to my Air Force school days where I used to see a MiG aircraft shell every morning at the entrance. It was the same with Tiananmen Square and Mandal Commission. They left an indelible mark on my subconscious. It’s not that I was there but you felt part of the whole youth movement. All that then came into Rang De Basanti.

All the actors in the book speak about the camaraderie on your set. Why is that important to you?

As an art form, filmmaking is truly a collaborative one. It’s not about one person. The director is the captain of the ship and the actor is the face of your story, but so much more than that goes into a film. There are art directors, there’s hair, makeup and wardrobe, fashion designers, choreographers, music directors, dancers. Everybody has to play their role. It’s like a little universe where if even one person is out of sync, you’ll see it on screen.

In the book, Sonam Kapoor says you are a terrible singer, but love to sing.

All of them have suffered my singing. I once told myself I should do something about it. So about three years ago, I told Shankar (Mahadevan), who has a music academy, that I want to learn singing. He said, “Why not?” So, I enrolled and he recommended a lovely teacher from Bangalore. After four classes, I realized she was suffering too much. I always felt one should sing as if no one is listening and no one is watching.

The films that you’ve made are thematically so different from each other. Is that a conscious choice?

I think it comes from being greedy. There are so many stories to tell. I also feel if there’s something that’s been churning inside you and you’ve expressed that emotion through your film, then you’ve said it. Thematically, certain thoughts and metaphors keep repeating because you’re the same person, and that’s at a subconscious level. But I’m always working on three or four stories and screenplays simultaneously, so you can’t be writing the same stories at the same time.

What happens to the ideas that don’t make it to film?

I’ll make them one day. It’s a process. There are scripts that I wanted to make 10 years ago. Obviously, you can only make one film at a time and then move on to the next one. And you keep working on those ideas, evolving them and making them relevant for today’s times.

What is the best piece of writing advice that you’ve received?

I was never much of a writer, always more a producer–director. After Rang De Basanti, I wanted to learn, so I spent time with my writing guru, Syd Field. He told me to write one bad page every day. So it started with one bad page and eventually became 10 bad pages a day. Then, it came down to revising a scene, writing a sequence, a plot. Some of the ideas are short stories, some are five-pagers. Some ran into 200-page screenplays that had to be brought down to 100. When you’re writing, you just let it flow. You don’t analyze because the connect has to be with your instincts and nothing else. And your mind should not come into play there, at least for me.

How have you handled the successes and failures of your career?

I think you should give yourself the permission to fail. There are two kinds of failures in our business, at least from what I have faced. One is a box-office debacle, which is the nature of the beast. The greatest of filmmakers and actors worldwide have had hits and flops. One has to accept and deal with it and not repeat the same mistakes. The other kind is when you’re trying to say something that does not get across or is misinterpreted. Those failures are far more difficult to deal with.