16 Facts You Should Know About The Jallianwala Bagh Massacre

On the anniversary of an incident that has left Indians, down the years, with a wounded heart, we bring you revealing facts on it 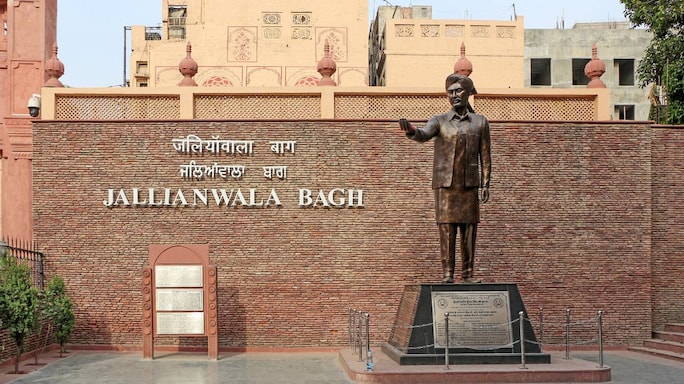 1. Jallianwala Bagh was neither a park nor a garden. It was an empty ground with houses built around it with their back walls to the area. It was closed on three sides.

3. The assembled people, estimated at 10,000, were holding a peaceful protest against the draconian Rowlatt Act that the then Colonial government had promulgated.

4. A force of around 50 soldiers commanded by Brig. Gen. Reginald Edward Harry Dyer reached Jallianwala Bagh and without any provocation ordered his troops to "Fire!".

6. Besides those killed by the ammunition, some died jumping into a well in the garden, while many were trampled by the people trying to escape. 7. An official report put the dead at 379 people and about 1,200 as wounded. But some estimates say that more than 1,000 people were killed.

8. The reaction in Britain was mixed. While Sir Winston Churchill, then secretary of war, condemned the massacre, the House of Lords gave Gen. Dyer a sword inscribed with the motto “Saviour of the Punjab”.

10. When Dyer returned to England, he was proclaimed a hero by some. English newspaper, The Morning Post, organized a fund-raising campaign in support of Dyer and collected UKP 26,000.

11. Author Rudyard Kipling is said to have contributed 10 pounds in support of Dyer.

12. Thanking the people for their support, Dyer wrote in the newspaper, "I am proud to think that so many of my fellow-countrymen and women approve of my conduct at Amritsar, and I accept the token of their approval in the spirit in which it is offered." 13. Poet Rabindranath Tagore renounced his knighthood in protest of the Jallianwala Bagh massacre.

14. Mahatma Gandhi returned the 'Kaiser-i-Hind' award he was given by the British government for his role in the Boer War in South Africa.

16. Udham Singh, a revolutionary of the Ghadar Party, to avenge the Jallianwala Bagh massacre, assassinated Michael O'Dwyer in London on 13 March 1940. O’Dwyer was the Lt Governor of Punjab during the massacre.

To know more on how Gen. Dyer defended his actions, click here.