In the midst of a vibrant second innings, actor Neena Gupta talks about battling stereotypes, being spoiled for choice at the age of 62 and her recently released autobiography In July 2017, you tweeted: “I live in Mumbai, and I am working, and I am a good actress, koee kam hai toe batao (Let me know if there’s any work)”. Did you imagine that this tweet, when you had just 11,000 followers, would create such a shift in your career?

Never! In fact, I was scared that I had written something wrong, that my daughter, Masaba, would scold me for it and people would say that I am foolish for saying so. The reaction to it was huge but I still didn’t think that it would materialise into work or that my life would change after it.

Bold choices have been a mainstay in your life and career, from quite early on. You wore a swimsuit and rode a bicycle in your first on-screen role in Aadharshila. Did you feel the choices you made were gutsy?

Back then, I actually wanted to mix my studies in Sanskrit and theatre and not act in films. When this offer came to me, I was very excited, even though I didn’t know how to ride a bicycle. I would practise in a lane with the help of an actor who’d teach me. There is an interesting story behind the swimsuit that isn’t mentioned in the book. My mother didn’t let me learn swimming because, of course, there’d be boys in the pool. But it didn’t stop her from getting me a swimsuit from an auction in the American Embassy. It just lay in the house. So, when the director said I need you to wear a swimsuit, I remembered I had one. It was very stylish with tiger stripes. On the day of the shoot, I was very shy but my whole mental energy went into riding the cycle and ensuring that I don’t fall. I didn’t think of what is showing or how I am looking.

You were seen as ‘lallu ladki’ (a silly, vapid girl) after the film Saath Saath. How hard was it to get the work you wanted thereafter?

Look at Mehmood. I think he was a very good-looking guy and a great actor. But apart from comedy, did anyone give him a chance to do anything else? At the time, being typecast was the norm. I didn’t let myself be typecast as a vamp or a comedian. If I had, I could have done much better and would have got something out of it. As a result, filmmakers didn’t remember me and I wouldn’t be approached for work.

In your autobiography Sach Kahun Toh, you write that ‘behenji’ and ‘shameless’—two contradictory words—have been the most descriptive of your life. Tell us about that.

Back in Delhi, it was me trying to battle society’s perception of how a Hindi-speaking, Sanskrit-studying girl should dress and behave. These preconceived notions about a modern woman and a behenji still exist today. Dealing with them was a part of my life then. My progress was hindered because of them. [Through the book] I have shown the kind of hypocrisy people propagate in the guise of sanskaar. You will educate your daughters but ultimately you want them to get married, stay at home and raise kids. 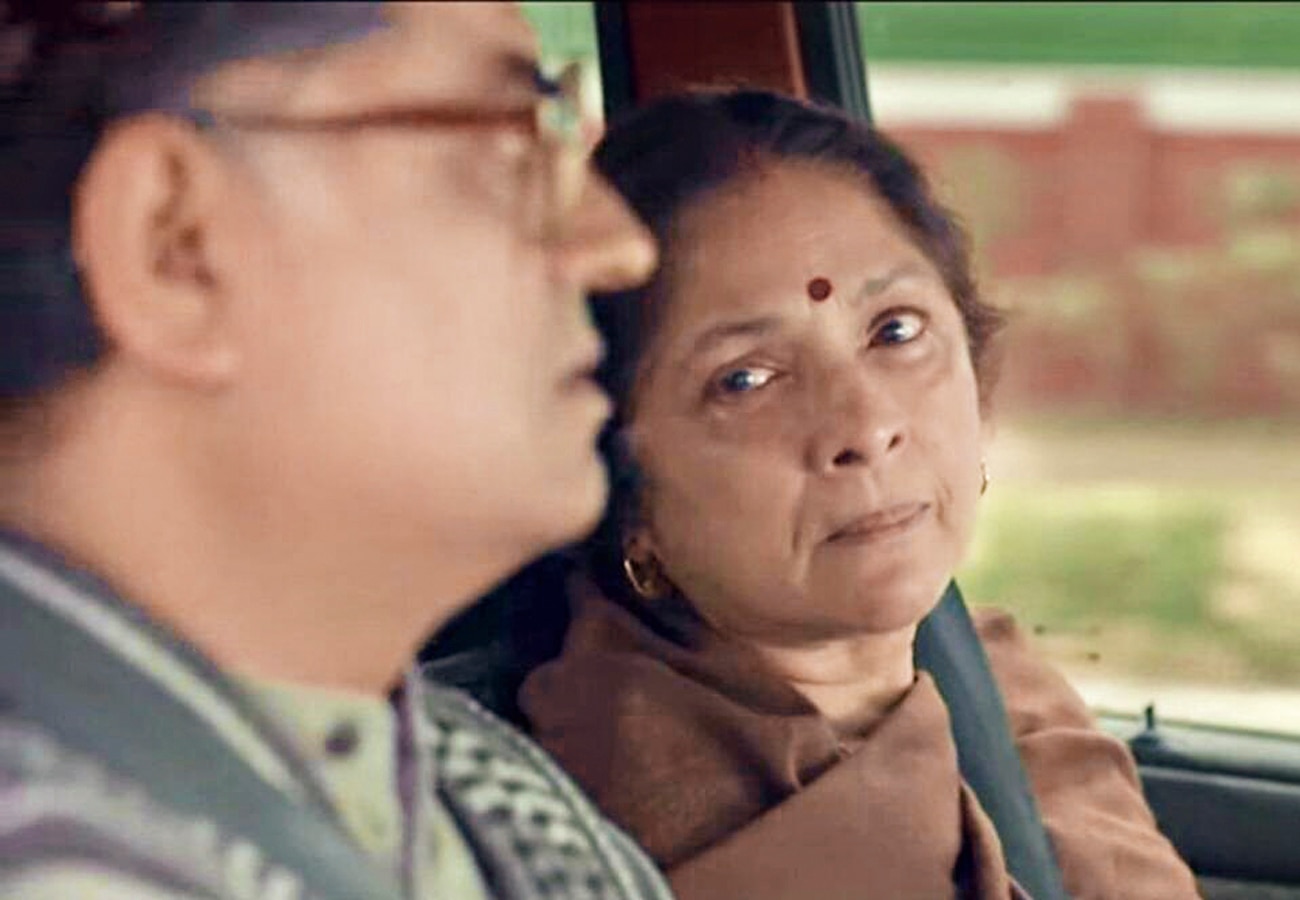 Neena Gupta in a still from Badhaai Ho

Professional hardships and your weakest moments find a place in your book. Were you ever worried about divulging too much, or that people would judge you?

Actually, no. Once I started to write, I had absolute clarity on what should go in the book and what shouldn’t. I have been vulnerable when people wrote lies about me. I didn’t speak up because I was in no position to defend myself. But success gives you confidence. Now my work speaks for itself. I have no fear. What will anyone say or do? My confidence has improved after the success I’ve had since Badhaai Ho. It was time I shared my true story. I didn’t feel like hiding anything. What happened is what I am bringing out on page.

You have won a National Award not just for acting, but also for directing (the documentary Bazaar Sitaram). You have directed TV shows, as well. Is this something you’d one day like to return to?

Right now I am not thinking of anything but acting. Just look at my fate! The pandemic happened and all work came to a halt. I don’t have as many years on me as younger actors do. I feel this time was precious. I could have done a lot of work. But I am content that I am still able to work.

You write that “... an industry is a business, and nobody is your friend”. Is the industry finally befriending you and giving you your due?

What happened was that a director named Amit Sharma gave Neena Gupta a break that she was looking for with Badhaai Ho. It changed everything. What’s important to remember is that nothing goes to waste in life. I think it was Tabu who suggested my name for Badhaai Ho. The makers initially said that, “No, she looks very hot, how will she fit the ‘Mummy-type’ figure?” But when they saw the short film Khujli, that I had done with Jackie Shroff, they realised that I could do it. That is how I ended up with Badhaai Ho.

Are you spoiled for choice now? Do you end up having to say ‘no’ to work?

Yes, that is happening. Now, if a project doesn’t touch my heart, I don’t do it. Earlier, there was no such option. Whatever came my way, I’d do it because I needed the money. It feels good not to wake up feeling, ‘Oh no, shooting pe jaana hai’. Now it’s like ‘let it be morning soon, so that I can head to the set’.

Have web shows like Panchayat and Masaba Masaba enabled you to reach a new audience?

It has changed things a lot. The main advantage of the medium is that people can watch you from the comfort of their home as many times as they want, and, sometimes, even after a year. A show like Panchayat, a simple story set in a village, is a great thing. I am looking forward to shooting the new season.

You are very candid about heartbreaks and your relationships. What lessons do you hope readers take away from these experiences?

There’s only one lesson in it—don’t ever do what I did. I feel my judgement about people has not been very good. I should have waited, or should have seen through them and not fallen for them.