Reunited By Science: "This is my Daughter" 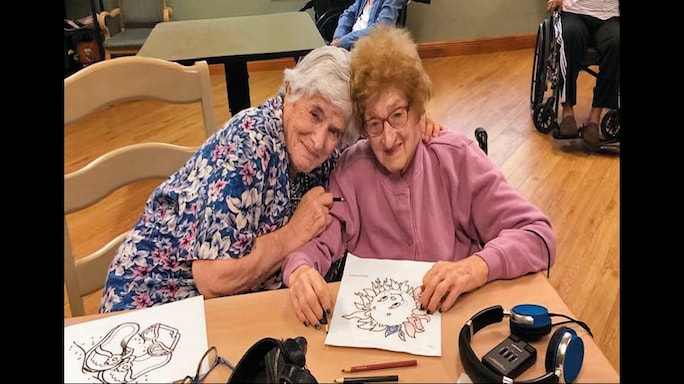 When she was 16, Joanne Loewenstern learned that she was adopted. Until that day, she’d believed that her adoptive parents were her birth parents. Instead, they told her that her birth mother was a woman named Lillian Feinsilver and that she had died days after giving birth to her at Bellevue Hospital in New York City.

Feeling betrayed and confused, Joanne spent many nights crying, wondering what her birth mother had been like. And yet, some part of her believed her mother was still alive.

That was in 2017, and Joanne was already 79 years old. Even if her mother had passed years before, Shelley reasoned, learning something about her biological family might give Joanne some peace. So Joanne took the test, and about a year later Shelley received a message on ancestry.com from a man named Sam Ciminieri, whose genetic report had matched him with Joanne.

Shelley immediately wrote back to Sam, asking whether he knew a Lillian Feinsilver. Yes, Sam said, that was his mother’s name. Almost unbelievably, she was alive, at age 100—Joanne had been right all along.

But there were more shocks to come. Sam said that Lillian lived in an assisted-living facility in Port St. Lucie, Florida. Joanne lived in Boca Raton, less than 120 kilometres away.

“As it turns out,” Joanne’s son, Elliot Loewenstern, told the Washington Post, “we have a whole other family we never would have discovered.”

The families quickly planned a reunion at the facility where Lillian lived. A month later, Joanne found herself sitting across from the mother she had searched for her whole life. Elliot, Sam, Shelley and one of Joanne’s grandsons looked on. Lillian, who suffers from dementia and uses a wheelchair, was silent.

“I don’t know if she recognizes me,” Joanne said.

She told Lillian that she had been adopted in 1938 and that she’d been told her birth mother had passed away. No response. Joanne started to cry. At that point her mother perked up, as if she had started to understand. Joanne excitedly began telling Lillian all about her children and grandchildren. Lillian smiled. Then she said the words Joanne had waited more than 60 years to hear: “This is my daughter.”

The Loewensterns learned that over the years, Lillian had repeatedly told her family that she “lost her daughter.” Everyone, including Lillian, assumed that the baby had died. Joanne’s family speculates that because Lillian was unmarried when she gave birth, the baby was taken away and put up for adoption. But now that the two women had been unexpectedly reunited, none of that mattered so much anymore. They spent time that first afternoon together colouring with coloured pencils, which just happens to be a favourite hobby for both of them.

When Joanne visited again three days later, Lillian remembered quickly who she was. Now they see each other every few weeks to colour, play games and enjoy the time they have together. “I’m proud,” Joanne told WPTV, a Florida television channel. “This is something I wanted to do all my life.”