Pervez Musharraf: A Life In Power And Politics

As the former Pakistan President is handed the death sentence for high treason by a special court, we look back at his journey 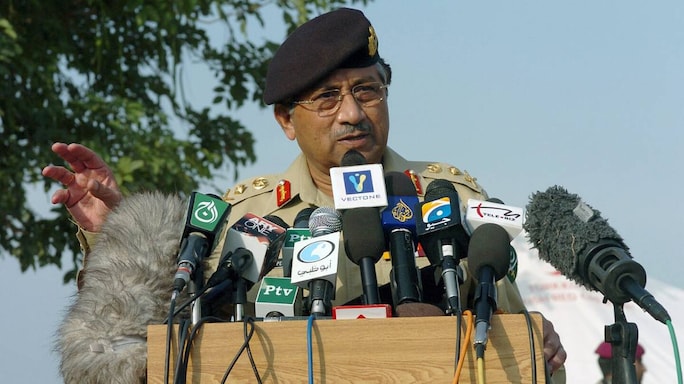 A ‘special court’ in Islamabad, Pakistan, has found the country’s former military ruler Gen Pervez Musharraf guilty of high treason and handed him death the sentence. This is the first time in Pakistan’s history that a dictator has been handed a death sentence. Born in Old Delhi, in undivided India, Musharraf reached the heights of military leadership, waged war with India and headed the civilian government for almost a decade.

A look at Musharraf’s life

1. He was born in a Muslim family on August 11, 1943 in Old Delhi’s Nehar Wali Haveli—The House Next to the Canal.

3. His father Syed Mushararrafuddin was educated at the famous Aligarh Muslim University.

4. His father was working as an accountant in the foreign office before he migrated with his family to Pakistan on August 14, 1947.

5. His mother, Zarin, was a graduate of Delhi University and got her master’s degree from Lucknow University.

6. His mother later worked as a teacher.

7. Musharraf and his two brothers studied for a few years in India. Musharraf went to Church High School in Delhi.

8. He spent a few of his formative years in Turkey as his father was working there for the Pakistan embassy.

9. He was back in Karachi from Turkey when he was thirteen years old and went to St. Patrick’s school in Karachi.

10. He joined the Forman Christian College in Lahore for his higher education.

12. He fought in the 1965 war with India soon after his graduation from the Pakistan Military Academy.

14. He was in West Pakistan during the 1971 War with India and could not do much as most of the hostilities took place in East Pakistan (Now Bangladesh).

16. Gen Musharraf was “instrumental in planning the Kargil infiltrations” that resulted in the war on the Line of Control with India. Pakistan had to withdraw.

18. He ruled as the chief executive of Pakistan until 2001 when he became the 10th President of Pakistan.

19. A referendum was held on April 30, 2002, to continue as President for five years. He won the vote although it was highly disputed.

20. Although the Agra Summit between Atal Behari Vajpayee and Musharraf failed in July 2001, India-Pakistan relations saw a remarkable improvement during the period of 2001-2008.

21. November 3, 2007. He imposed an Emergency in Pakistan after widespread disturbances.

22. In December 2013, he was booked in the treason case for imposing the state of Emergency.

23. In 2010, he forms All Pakistan Muslim League to fight elections. But fails miserably in many elections.

25. He has been in Dubai for many years. In October 2019, Musharraf announced that he would be reaching Pakistan to return to politics again.

26. On December 2, 2019, he was admitted to a hospital in Dubai after he developed "heart-and blood pressure-related” complications.

27. On December 17, 2019, a special court in Islamabad finds Musharraf guilty of high treason and hands him the death sentence under Article 6 of the Pakistan Constitution.