Discretionary power essentially means the freedom to act according to one’s own judgement. Governors in India, in the event of hung Assemblies, have been using this 'discretionary power' to great effect, more often than not, to benefit the parties they have sympathies with. Although governors, according to the Constitution, are supposed to be impartial, that is not often the case when it comes to forming state governments soon after elections.

Political parties, especially those who feel that they have been wronged by the Governor of the state, despite having the numbers to form a government, approach the courts, like in the case of Maharashtra.

The Shiv Sena-National Congress Party-Congress combine have approached the Supreme Court alleging that the state Governor used his discretionary power to swear-in a chief minister who does not have the majority.

Over the years, the Supreme Court has made it clear that the right way to determine the majority is through a floor test in the assembly. For instance, ruling in the S. R. Bommai v. Union of India case in 1994, it said, "The proper course for testing the strength of the Ministry is holding the test on the floor of the House. That alone is the constitutionally-ordained forum for seeking openly and objectively the claims and counter-claims in that behalf. The assessment of the strength of the Ministry is not a matter of private opinion of any individual, be he the Governor or the President.”

So a test on the floor of the Assembly is the ultimate proof of the majority of an individual part or an alliance. Here we look at some floor tests that were in news in recent years.

In these Assembly elections, the BJP emerged as the single-largest party in the Karnataka Assembly with 104 MLAs. It fell short of a simple majority mark of 111 by seven MLAs in the 221-member Assembly. On the other hand, the Congress and its post-poll alliance with the Janata Dal (Secular) meant that it had 117 MLAs, but the Governor of the state, Vajubhai Vala, invited the BJP under the leadership of B.S. Yeddyurappa to form the government.

The Congress party and its partner appealed to the Supreme Court, which then ordered a floor test. Realizing that he did not have the numbers on the day of the test, Yeddyurappa resigned after an emotional speech in the Assembly.

Later that month, JD(S) leader H. D. Kumaraswamy was asked to take over as the Karnataka Chief Minister (CM) after Governor Vala invited him to form the government. 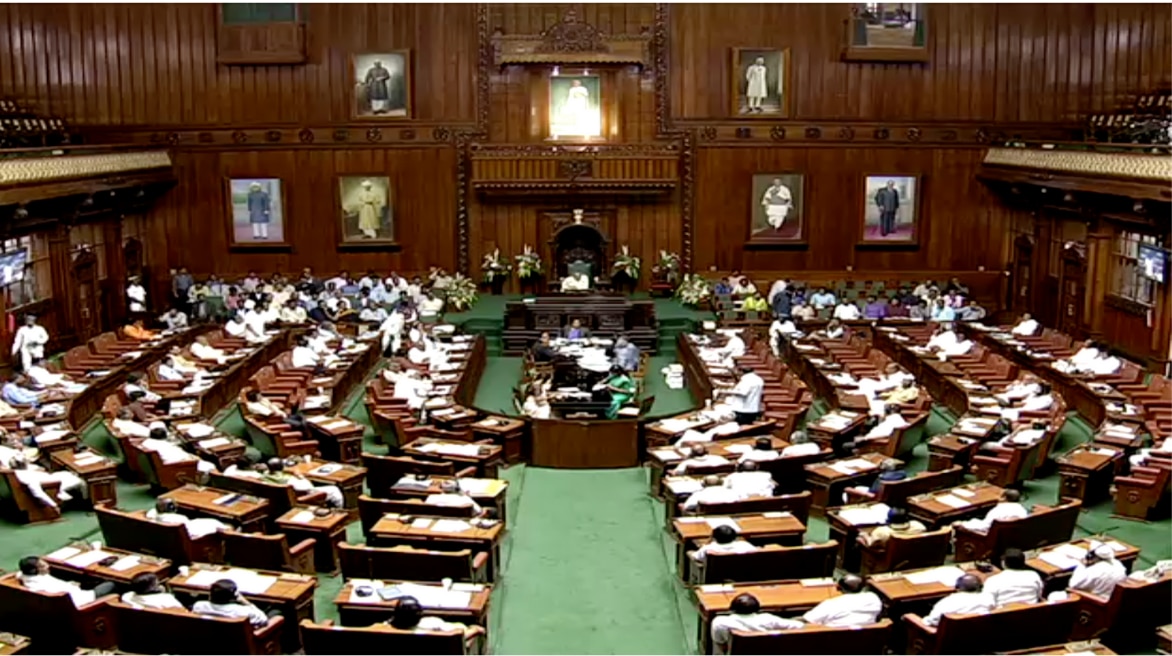 The Congress emerged as the single largest party with 17 seats in the 40-member Goa Assembly. The ruling BJP secured 13 seats, eight less than its tally in the 2012 Goa Assembly elections. The BJP still claimed that it was in a majority, thanks to the support of regional parties. But the situation remained fluid with other parties not pledging their support to the BJP openly. As Congress dithered on its possible allies to lay claim to form the government, Union Defence Minister Manohar Parrikar jumped into the fray—and the Governor of the state, Mridula Sinha, rather than going with the single largest party, namely Congress, went with the BJP’s claim that it had the support of regional parties. Governor Sinha gave 15 days for Parrikar to prove his majority through a floor test, which he did.

The State Legislative Assembly election in Manipur in March 2017 had failed to throw up a clear winner, as none of the parties in contention reached the halfway-mark in the 60-seat house. The Congress garnered 28 seats, while the BJP had 21 seats. The state’s governor, Najma Heptullah, rather than inviting the single largest party, invited the BJP to form the government while asking the then-CM, Okram Ibobi Singh of the Congress, to submit his resignation. The BJP, with help from the National People’s Party (NPP), the Naga People’s Front (NPF), the Lok Janshakti Party (LJP) and defectors from the Congress and the Trinamool Congress, formed the government by gaining 33 seats, under the leadership of Nongthomban Biren Singh as the new CM.

On March 27, 2016, the Central government imposed President’s Rule in Uttarakhand, citing misgovernance by the ruling Congress government in the state. This came against the backdrop of nine Congress rebels expressing their dissatisfaction with then-CM Harish Rawat, even accusing him of bribing them to gain their support, which led to their suspension by the Speaker. With the rising clamour against the imposition of the President’s Rule, the Supreme Court, on 6 May, intervened in the matter by directing Rawat to face a confidence motion on the floor of the House on 10 May, under the court’s supervision. The court also upheld the suspension of the nine rebel Congress MLAs and debarred them from participating in the vote, and also ordered the lifting of President’s Rule during the time the voting was to take place. With the strength of the House reduced to 61 (from 70), Rawat was able to continue as the state’s CM, by winning the trust of 33 MLAs, as reported by the Attorney General to the Supreme Court. The President’s Rule was thereby officially lifted.