P. Sundarajan To Sundar Pichai: 9 Facts You Need To Know About The New Alphabet CEO 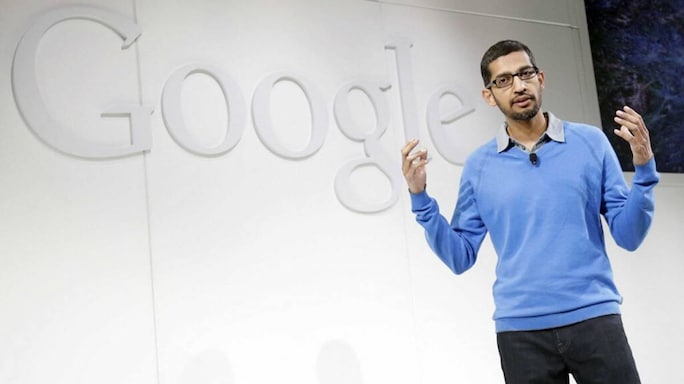 From a shy teenager from Madurai and the Indian Institute of Technology, Kharagpur (IIT-K) to head the Google and now Alphabet at the Mountain View headquarters in California, Sundar Pichai’s journey has been nothing short of dramatic—although he wears his success lightly. We take a look at some interesting titbits of his rise from his student days into the highest echelons of corporate America. As Google Founders Larry Page and Sergey Brin step down from their roles at Alphabet, Pichai is all set to step into their shoes.

1. The roll of honour at the Department of Metallurgical and Materials Engineering at IIT Kharagpur has its toppers' names in B.Tech since 1958. Against the year 1993 is the name of one "P. Sundarajan.” In fact, the Madurai-born Sundarajan not only topped, but he also won the B.C. Roy medal for excellence in academics that year.

2. Simply 'Sundi' to his friends, he lived in room No. B 308 of the Nehru Hall during his graduation at IIT-K. "It looks exactly the same,” he noted when he went to the room during his visit to his college in 2017.

3. Sundi was secretly wooing his classmate Anjali. Not many of his friends knew that the boy who was painfully shy was in love. He would go on to marry her.

4. After his B.Tech, Pichai went on to get his MS from Stanford University and an MBA from Wharton School at the University of Pennsylvania. He won several scholarship medals at both institutions.

5. He joined as a management consultant at McKinsey & Company in 2002 and worked there until 2004.

6. He was interviewed at Google on April Fool's Day in 2004. He told the students of IIT that he was asked about Gmail, which had been launched on that very day. "People kept asking me 'What do you think of Gmail?' I hadn't had a chance to use it. I thought it was an April Fool joke,” he told the assembled students in 2017.

7. Pichai was part of the team that launched the Chrome browser in 2008. He also worked on various search products, including the Google Toolbar, Desktop Search, Gadgets, etc.

8. It was not until 2012 that he changed his name to Sundar Pichai from P Sundarajan.

9. Pichai’s pay totalled $1.9 million in 2018, including a base salary of $650,000. This is according to a company filing with the US regulatory authority Securities Exchange Commission.