Progress and attitude changes aren’t easy, but they are possible 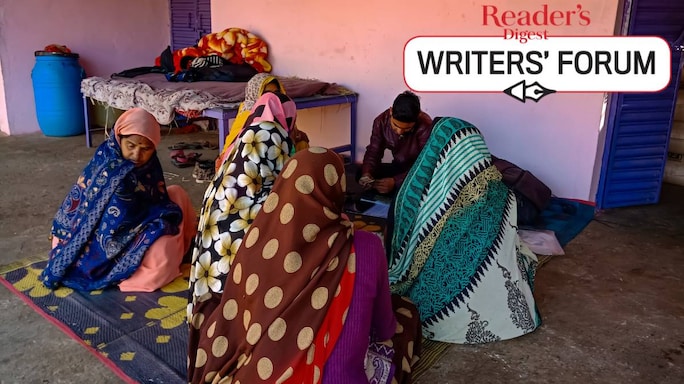 Some years ago, when I was managing an NGO, we worked with women’s self-help groups in close partnership with the district administration in northern India.

New villages that became part of the project were usually selected by the administration. One of these was a deeply orthodox, ‘upper caste’ village—both geographically and socially remote—the authorities warned us. As our work began, the symptoms of this conservatism became clear. We saw how the few scheduled-caste families living there were forced to live in isolation, even in this day and age.

Despite some initial resistance, a small section of women joined our project and set the ball rolling. Later, many more women joined in and the panchayat yielded as well. Soon the village required its own field worker. Rafiq—a bright, young, hardworking member of our team—was a quiet but committed worker, and was chosen as the project lead, but his appointment was met with stiff resistance.

The village was expecting an upper caste, female appointee. That Rafiq belonged to a different religious community complicated matters even further. Besides, what could a young man teach mature matrons of the group? The project was a promising and long-standing endeavour, poised for expansion, so I tackled the issue head-on. I sat with the group and explained that we were a social-change agency; we believed that all people were equal, and held merit and ability above age, gender, caste or religion. I assured them that Rafiq was more than qualified to support them and if there was ever an issue with the quality of his work, we would take action.

The women murmured their agreement but I sensed disapproval. Rafiq began his work, and I kept a close eye on things—the women’s unspoken displeasure made me uneasy. In time, the project flourished and I was not able to visit this village as often, but Rafiq reported steady growth and that was what mattered.

In a couple of months, I began hearing about a ‘Guruji’ from the village. It began as a passing comment, but my unease grew. I decided to visit, but it was two months before I managed to meet some of the women at an event organized by the district lead bank. It was the wrong time and place for a conversation about their faith in godmen, or the lack of mine, so I did not raise the issue. The event went well, but, when the women were asked to present the loan requirements they brightly and confidently responded that they would do so only after consulting with Guruji. My heart sank.

The next morning, I cancelled my meetings and set out for the village, determined to confront the charlatan. En route, I picked up Rafiq and gave him a firm lecture on gaining stronger control over the project. Ever taciturn, he listened in silence. “Have you met this Guruji?” I asked. He did not respond. So I asked again, turning around in my seat to look at him, with some irritation, “Well? What do you know of him? Do you know who he is?”There was a brief pause and Rafiq, looking embarrassed and gleeful at the same time, answered, “Madam, it’s actually me. The women insist they have learnt so much from me that they like to call me Guruji.”

I was speechless. The coming together of a self-help group is always a fascinating process, but the ‘Guruji phenomenon’ intrigued me no end. These were conservative people with strongly held beliefs. What changed? As I sat with the women under a neem tree, they told me how much Rafiq had taught them. I pointed out that thousands of women across the country were learning similarly from hundreds of field workers like him. The ‘slight’ cause the women to jump in to defend him vehemently. They described how he had taught them the value of having their own money, that their skills were enough to earn them a living, about bank accounts, etc, etc.

But their earnings were their own, I countered—determined to play devil’s advocate—and the banks gave them loans, neither Rafiq nor us. They persisted in his stout defence. “Do you know how Rafiq commutes to the village?” they asked. I did—I was his manager—but feigned ignorance. One of the women, Prakash, proudly explained, “He takes the train, gets off at the station, from where he walks to the village, two kilometres away. He walks all the way, can you imagine. And, this poor boy is a bachelor, lives all alone, wakes up, cooks and gets on a 7-a.m. train to reach us at 8:30 a.m.” I looked up at Rafiq, and I think I caught him blushing.

“I also go to office every day after cooking in the morning. So, what?” I countered. Gita volunteered, “But it’s different for us. No one comes to this village. Even the teachers who are paid to come to the school and teach, don’t turn up regularly. For the first time, we have someone who thinks we are important enough to visit every day”. I felt a subtle shift in the mood of the group—both emotional and physical—their backs straightened, their chins rose, their voices grew stronger.

Then, Savita chimed in softly, “Not only does Guruji come every day just for us, he believes we can learn. Maybe what he teaches us is not special, but in all our lives no one has shown this kind of belief in us.” They all looked proudly at the red-faced, yet pleased, Guruji.

Then Gita, suddenly agitated, asked, “I have heard Guruji is going to get transferred. Can you not stop his transfer? Let him stay here for three more months to complete our weaving project?”

“I will revert after consulting with Guruji,” I grinned and replied.