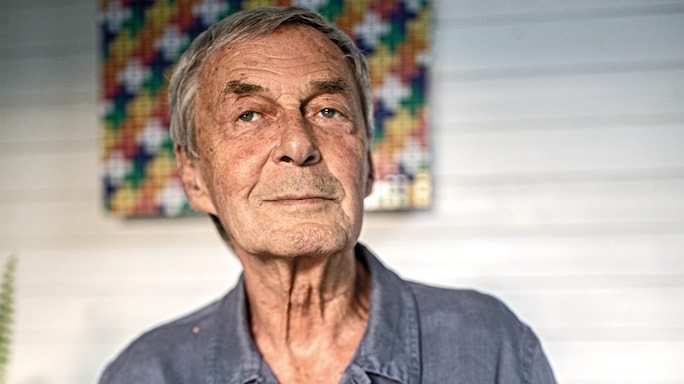 Erno˝ Rubik, the inventor of the Rubik’s Cube, at his home in Budapest.Photo: ©AKOS STILLER/THE NEW YORK TIMES

The first person to solve a Rubik’s Cube spent a month struggling to unscramble it.It was the puzzle’s creator, an unassumingHungarian architecture professor namedErno˝ Rubik. When he invented the cube in 1974, he wasn’t sure it could be solved.Mathematicians later calculated that there are 43,252,003,274,489,856,000 ways to arrange the squares.

When Rubik finally did it, he was overcome by “a great sense of accomplishment and utter relief.” Looking back, he realizes the new generation of ‘speed-cubers’—Yusheng Duof China set the world record of 3.47 seconds in 2018—might not be impressed.

“But, remember,” Rubik writes in his 2020 memoir, Cubed, “this had never been done before.” 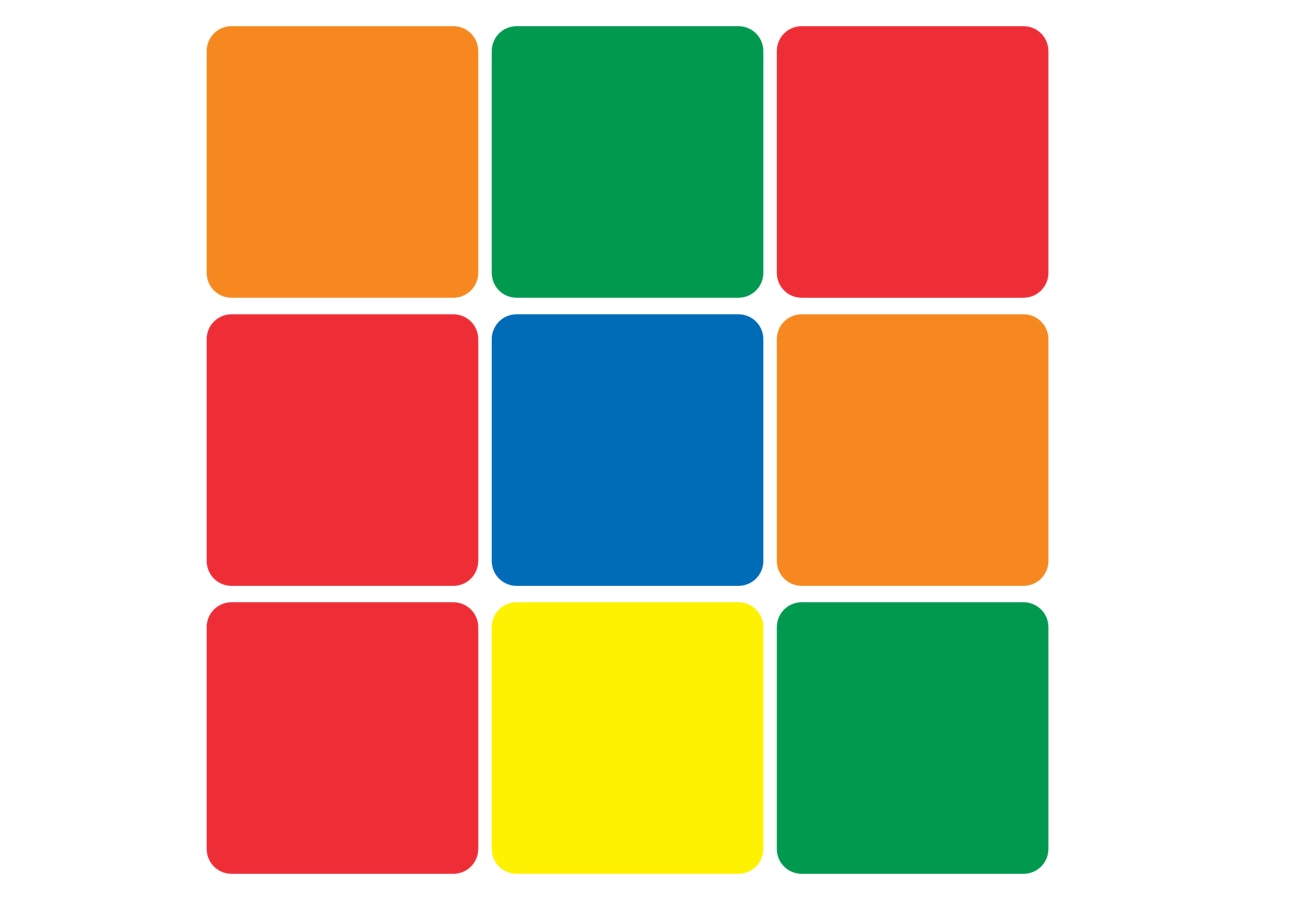 In the nearly five decades since,the Rubik’s Cube has become one of the most enduring, beguiling,maddening and absorbing puzzles ever created. More than 350 million cubes have sold globally; if you include cheap copies, the number is far higher. They captivate computer programmers, philosophers and artists. Hundreds of books, promising speed-solving strategies, analyzing cube design principles or exploringtheir philosophical significance, have been published.

Cognitive scientist Douglas Hofstadter wrote in 1981 that the cube“is an ingenious mechanical invention, a pastime, a learning tool, a source of metaphors, an inspiration.”

But even as the Rubik’s Cube conquered the world, the publicity-averse man behind it has remained a mystery.

Rubik, 77, is lively and animated,gesturing with his glasses and bouncing on the couch in his living room,running his hands through his hair so that it stands up in a grey tuft, giving him the look of a startled bird. He speaks formally and gives long, elaborate, philosophical answers.

“I’m very close to the cube,” Rubik said during a Skype interview from Budapest. Sitting in a home he designed himself, he fiddled with a cube absent-mindedly as we spoke. “The cube was growing up next to me and right now, it’s middle-aged, so I know a lot about it.”

Erno˝ Rubik was born on 13 July,1944, in the basement of a Budapest hospital that had become an air-raid shelter. His father was an engineer who designed aerial gliders.

As a boy, Rubik loved to draw, paint and sculpt. He studied architecture at the Technical University of Budapest,then attended the College of Applied Arts. He became obsessed with geometric patterns. As a professor,he taught a class called descriptive geometry, which involved teaching students to use two-dimensional images to represent three-dimensional shapes and problems. It was an odd and esoteric field, but it prepared him to develop the cube.

In the spring of 1974, when he was 29, Rubik was in his bedroom at his mother’s apartment, tinkering. He describes his room as resembling the inside of a child’s pocket, with crayons,string, sticks, springs and scraps of paper scattered across every surface.It was also full of cubes he made out of paper and wood.

One day—“I don’t know exactly why,” he writes in his book—he tried to put together eight cubes so that they could stick together but also move around, exchanging places. He made the cubes out of wood, then drilled a hole in the corners of the cubes to link them together. The object quickly fell apart.

Many iterations later, Rubik figured out the unique design that allowed him to build something paradoxical:a solid, static object that is also fluid.Next he decided to paint the faces of the squares yellow, blue, red, orange, green and white to make their movement visible. Rubik gave it a twist, then another turn, and kept twisting until he realized he might not be able to restore it to its original state. He was lost in a colourful maze,and had no clue how to navigate it.And there was no way back. Top: Rubik’s initial design was made of wood. Bottom: He later added colour to make the squares’ movement visible.

After the cube became a global phenomenon, there would be erroneous accounts of Rubik’s creative process, that he worked on the cube day and night for weeks. In reality, he went to his job, saw friends and worked on solving the cube in his spare time, for fun.

After he cracked it, Rubik submitted an application at the Hungarian Patent Office for a “three-dimensional logical toy.” A manufacturer of chess sets and plastic toys made 5,000 copies. In 1977, Rubik’s Buvös Kocka, or ‘Magic Cube’, debuted in Hungarian toy shops. Two years later, 3,00,000 cubes had sold in Hungary.

Rubik got a contract at an American company, Ideal Toy, which wanted one million cubes to sell overseas.The company had Rubik attend a New York toy fair in 1980. The shy architecture professor wasn’t the most charismatic salesman, but the company needed someone to show that the puzzle was solvable.

Sales exploded: In three years, Ideal sold 100 million Rubik’s Cubes.Guides to solving the cube shot up the best-seller lists. “There’s a sense in which the cube is very, very simple—it has only six sides, six colours,” said philosopher Steve Patterson. “In a very short period of time, it becomes unbelievably complex.” Ernő Rubik, right, at the 1982 Rubik’s Cube World Championship in Budapest. The contenders included, from left, Zoltan Labas of Hungary, Guus Razoux Schultz of the Netherlands and Minh Thai of the United States. Photo: Rubik's Brand

At first, Rubik didn’t have a salary from the toy company, and for a while,he saw little of the royalties. He lived on his professor’s salary of $200 a month.Rumours began to spread that he was the richest man in Hungary, or that he had lost all his money to unscrupulous sidekicks. (Neither was true).

Rubik started to feel trapped by his creation and was unnerved by the attention. “I’m not the person who loves to be in the spotlight and so on and so forth,” he said. “That kind of success is like a fever, and high fever can be very dangerous.”

Almost as quickly as the craze started, it sputtered out. Cheaply made counterfeits flooded the market,and demand fizzled. Rubik started his own design studio in Hungary and began to work on new projects,including puzzles called the Snake and Rubik’s Tangle.

In the 1990s, a new generation of enthusiasts discovered the cube. Newspeed-cubing records were set, as were records for solving the cube underwater, while skydiving, while blindfolded,while juggling. The World Cube Association now hosts more than 1,000 competitions each year.

Rubik himself wouldn’t make the cut. He can solve the cube in about a minute, but he’s not interested in speed. “The elegant solution, the quality of the solution, is much more important than timing,” he said.

These days, he spends his time reading science fiction (his favourites include works by Isaac Asimov and the Polish writer Stanisław Lem),playing table tennis and gardening.

Rubik is not done with the cube. He still reflects on its possibilities—not an improvement to its design, but on its potential applications.

“I see potentials which are not used yet,” he said. “I’m looking for that.”