Looking Back At Another Summer Of Limited Freedom

A woman is transported to her teens, while being confined at home 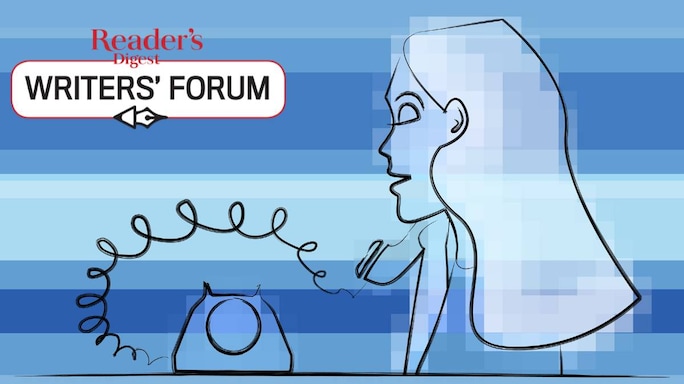 During a summer vacation sometime in the late nineties, when my parents brought home a cordless phone, my life changed.

I was newly free from the burden of my class X boards. But I worried that it would be a long tedious summer. We had just moved to a new city and my boyfriend was far, far away—in another corner of the country. Meeting was impossible—not then, not for years. So we took to writing earnest letters, following the informal pattern of letter writing drilled into us in high school. But love at 15 is always under scrutiny—even the postman frowned at me when he came to drop the flower-and-heart envelope.

Our phone-calls were like short five-minute performances under the eyes of parents pretending to look disinterested. Until, the cream cordless phone arrived from Taiwan. Being able to walk away from the glare of adult attention and the privacy that the cordless phone allowed, was like being set free.

Truth be told, we did not have too many shared memories or interests to hold the conversation together for long. Unless, of course, we spoke about our favourite songs. That year, MTV had entered our lives and drawing rooms, and my boyfriend—the boy could not complete a sentence without mentioning the music videos he had watched. But, we were not equals. I on the other hand did not have cable television, despite repeated campaigns before my parents. So there was always a gap in our hushed chats. I could not share his excitement of watching the video of Billy Joel’s ‘We didn’t start the fire’ on TV.

Days passed, and the summer turned severe. Going out freely was a privilege meant for adults only. The world of escape, available for a 15-year-old, was out of bounds in the big, bad, extreme-weather metropolis.

So I stayed home and waited for the letters. Except they were no longer enough and the pauses in the phone-calls were also getting longer. Our vocabularies were no longer matching. I could not keep up with his world, clearly. He dropped references to ‘the Wonderwall video’ that I didn’t understand. Were songs no longer for listening?

Finally, I prevailed over my parents: We got cable television installed at home. From that day, I consumed music videos like a prisoner, who had been granted a window to see the world outside. We watched ‘I want to break free’ stunned, cordless phone in hand. Soon we argued about the videos we liked, and disliked, especially over Bruce Springsteen’s ‘I am on fire’ video (which I loved).

Suddenly, I decided not to waste my parents’ money on STD phone calls any more. My newly acquired school friends had started coming home by then and we sat on the couch watching Morissette, and swaying to ‘Dancing in the Dark’. The cordless phone was now engaged with calls from newer friends. The summer ended with lots of friends to talk to, new subjects to learn and a particularly early monsoon.

This summer, two decades later, seems long already—with days and dates a haze. We work, do our chores, meet deadlines and find spaces in our home that gives us freedom to think. Days repeat themselves, which in life they often do, except in normal times we give ourselves small treats: Saturday a visit to the pub, Wednesday to the park, Friday to a party.

As adults we tend to take our freedom for granted. But in a post-pandemic world, the freedom associated with adulthood is a casualty. This suspension of freedom to go out this summer takes me back to my summers as a young adult.

Trying to find a piece of an adolescent summer different from mine, I ask a friend about his favourite song. How odd that he mentions an ensemble. “But you have to see them perform,” he adds. It makes me smile—I am back in the corner of our home, with the pauses in my two decade-old conversations, on our new cordless phone.